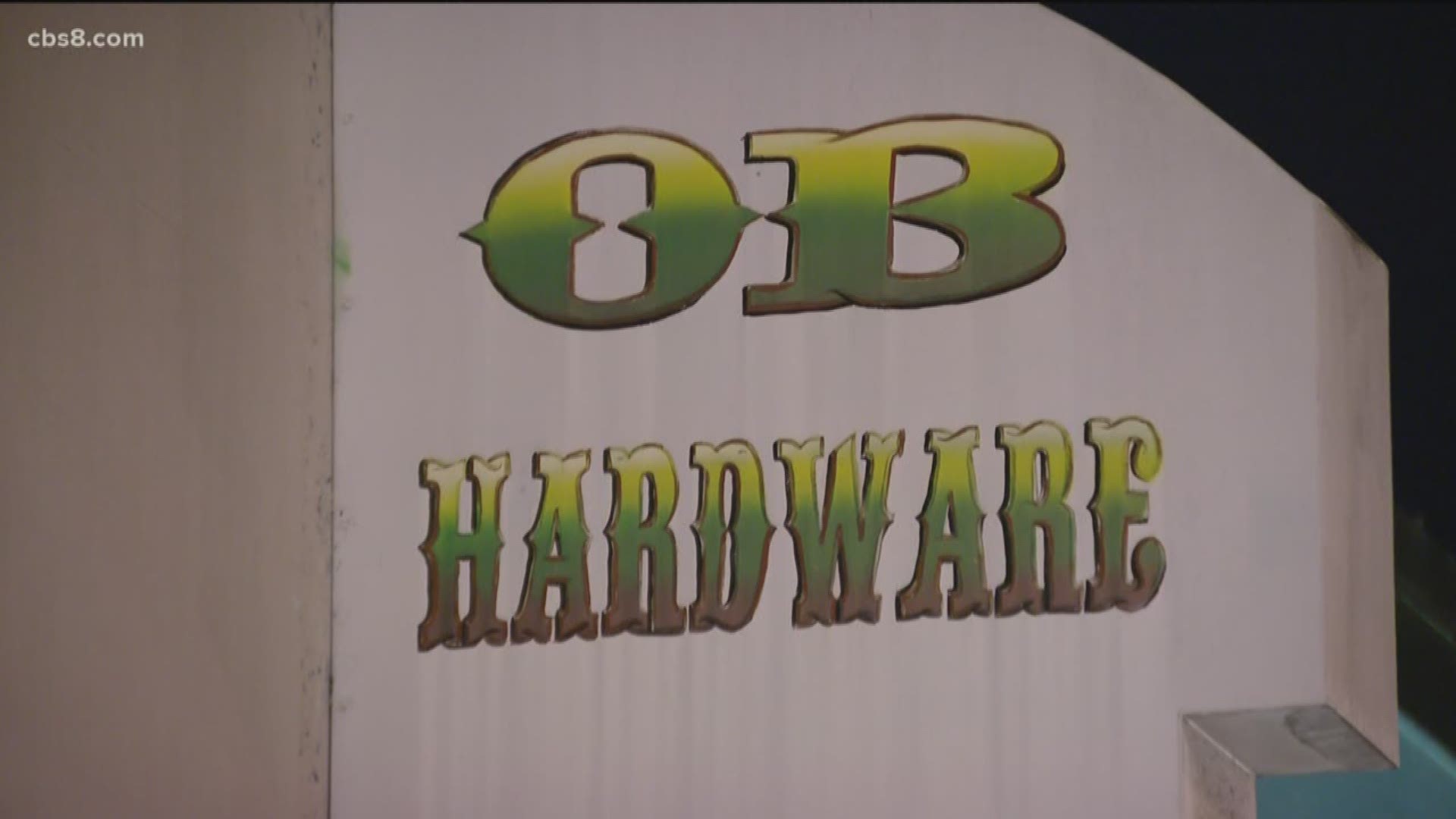 SAN DIEGO — Last week on Thanksgiving during the heavy rain, the roof of a Point Loma home started to leak – causing flooding inside. The homeowners desperate for anyone to help called the OB Hardware store.

“Oh my gosh. We were in desperate straits. We had water coming in everywhere. It was coming through the ceiling in our guest bathroom and all of guests were arriving,” said Sylvia Lange.

The new OB Hardware owner said the store was supposed to be close, but he was also dealing with an emergency. The store was also leaking due to the heavy rain. On his way out the door the phone rang.

“We knew we needed help, and so I said, let’s call OB Hardware. My husband said, ‘they will not be there. It is Thanksgiving. Nobody is going to answer.’ I said, let’s just try,” said Sylvia.

Before he was out the door, Mike turned around and picked up the phone.

“I had just come in to check on the store. It had been leaking. The phone rang, [and] I thought it was my wife, so I picked up. Sylvia was on the other end of the line and I could tell just in the sound of her voice, ‘OB Hardware, help, help.’”

The patch worked and Thanksgiving dinner was served.

“If it had not been for OB Hardware, we would have been in a world of hurt,” said Sylvia.

“We are here to help and that is what this store is all about – on Thanksgiving, what a better day to do it,” said Mike.

“Above and beyond we experienced the value of local relationships with local merchants,” she said.

OB Hardware has been in the community for 50 years.