An Ocean Beach boy, who uses his lemonade stand to pay it forward, is raising money for a friend with a rare disease. 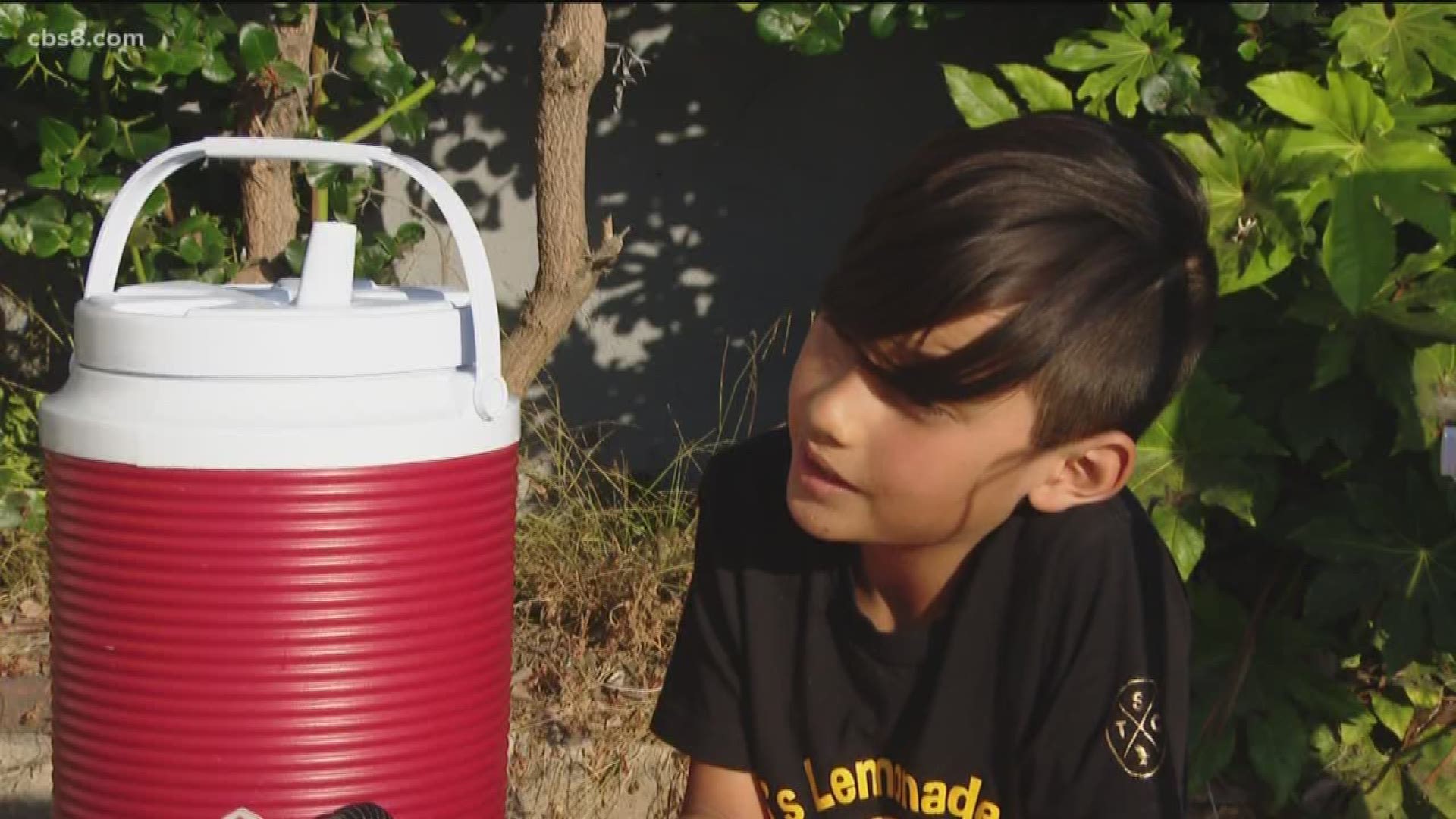 SAN DIEGO — An Ocean Beach boy, who uses his lemonade stand to pay it forward, is raising money for a friend with a rare disease.

Dylan Rodrigues, who is nine-years-old, sets up his lemonade stand outside his home on Bacon and Cape every Wednesday as folks come and go from the farmer’s market in order to raise money for his friend Kal.

Kal’s family lived in Ocean Beach but relocated to Central California. Kal, who is six-years-old, was diagnosed with Duchenne muscular dystrophy, a genetic disorder that degenerates muscles.

Flex for Kal is raising awareness about the disease that does not have a cure.

“He is my friend, and he is my buddy. He has muscular dystrophy, and I am trying to raise money for him right now,” said Dylan.

Dylan has a tall order because the cost of each stem cell therapy that Kal receives every three months is $10,000.

Dylan is not alone. Jersy Mikes and a local radio station are also helping him raise $8,000.

“It is incredible. You don’t see that many kids like that these days. It is awesome to be able to help out,” said Mitch Conniff, an Ocean Beach resident.

A year ago, News 8 visited Dylan’s lemonade stand for the first time. At the time he wanted money for his savings and slush fund, but when he started making extra, his mom encouraged him to pay it forward. Dylan raised thousands of dollars for backpacks and lunches for the homeless.

He also donates art stations for children at Rady’s Children Hospital. Dylan also donated items for the victims of the 2017 deadly earthquake in Mexico.

“I just like to give back to the community,” he said.

Dylan has until Friday to reach his $10,000 goal for his buddy Kal.

Anyone wishing to help Dylan reach his goal can buy a Dylan lemonade cup for $2.50 at any of the 44 Jersey Mike locations in San Diego.