Ocean Beach Street Stewards began in July when Aaron Null created a Facebook page that allowed residents to adopt a block to clean up once a week. 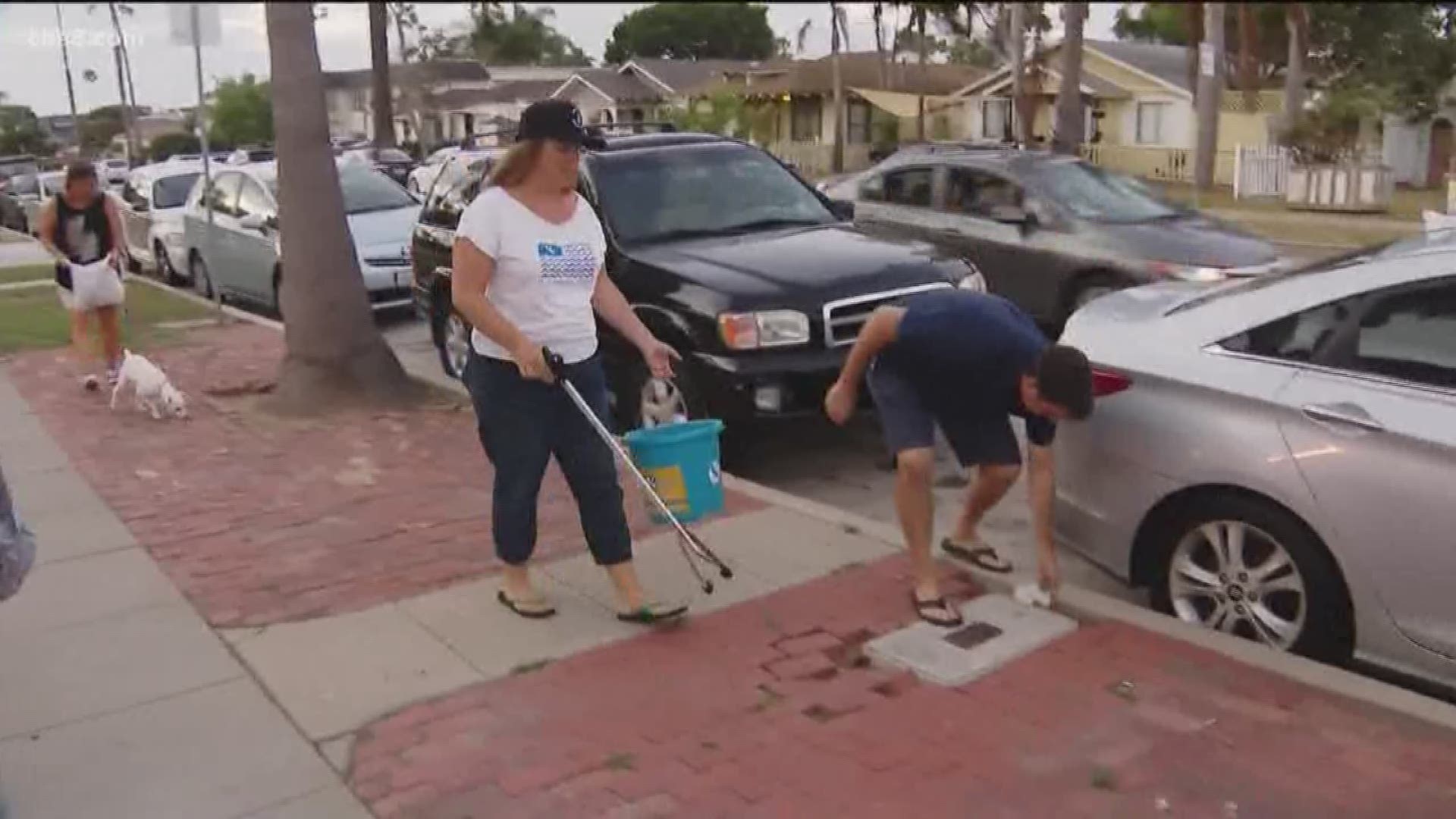 SAN DIEGO — A movement in Ocean Beach is bringing residents together to keep their piece of paradise clean, one block at a time.

Ocean Beach Street Stewards began in July when Aaron Null created a Facebook page that allowed residents to adopt a block to clean up once a week.

Null said it is “a patchwork of participation.” A patchwork that can be adopted by any neighborhood.

“It is really supposed to be a template. You can use social media to spread this simple act of taking control of your little area in the world,” he said.

Since July, Ocean Beach Street Stewards has grown from three or four volunteers to 65 volunteers.

“I would rather be watching football right now, but I care about the streets and I hope everyone else does too,” said Anthony Ciulla.

Lauren Rees adopted her block, too.

“I live on Brighton. I do the whole street of Brighton and it just feel really good to see that map getting greener and greener. Being part of that map makes me feel like I am part of a bigger effort than just my little street,” she said

“We are connected and now basically homies,” said Null.

Setting up your own Ocean Beach Street Stewards program is like setting up a neighborhood watch, a family volunteers to patrol their block just like a steward adopts a street to clean up. All he or she must do is walk around the block once a week to clean up the street, sidewalks, and bushes.