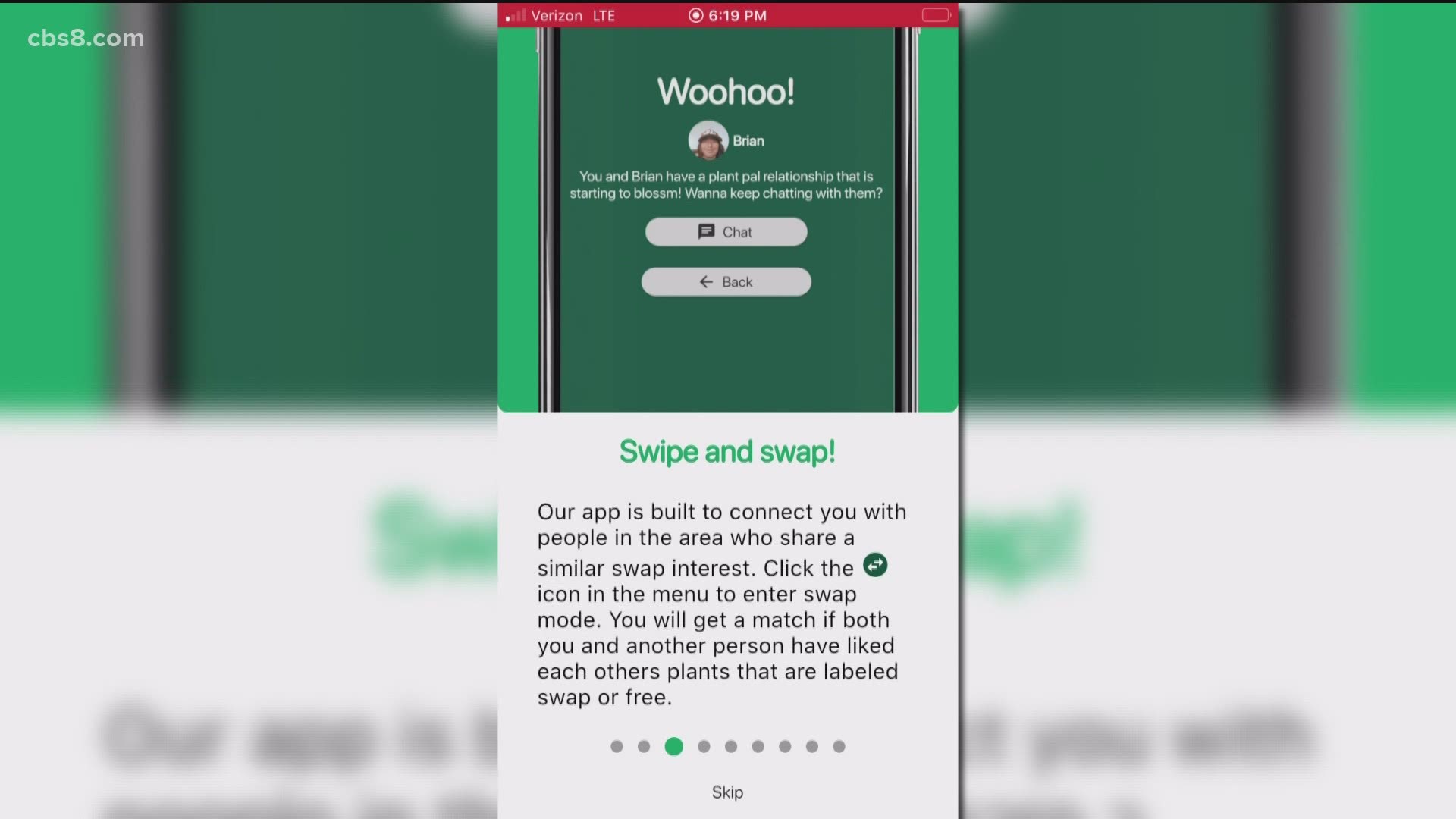 Two Ocean Beach surfers are helping to grow new friendships in San Diego and across America.

One of the founder’s loves plants and created a free app called Blossm, without the second “o,” where neighbors can swap plants and produce from gardens without spending a dime.

The idea sprouted after a neighbor’s yard sale when he swapped a Rubber plant for Spanish Moss and a succulent, Crassula.

"I wanted to make more plant friends and swap with people,” said Feretic.

Five weeks after launching the app, he and his surfer-tech buddy grew Blossm which has grown to 800 users sprouting across the U.S.

“Turns out there are a lot of plant people out there,” said Feretic.

The app allows you to search by location, such as your neighborhood, and you can scroll through pictures available for swap.

You can like and message for swaps where users can also see what plants, clippings or garden produce you have for swap.

“You don't have to Google and go around down this rabbit hole and read,” said Corinna Dörrenbächer, Blossm user.

You can get help identifying plants and help with plant care.

“You have a network of plant people at your disposal,” said Feretic.

“I love that plants teach you patience and they add a beautiful touch to any living home,” said Clynne.

There’s room on the app for green thumbs and newcomers like many who are seeding interest in gardening during the pandemic.

“Nurturing something and seeing it flourish in your hands, it's really rewarding,” Feretic.

The app is also sewing old and new friendships.

“It's really personal and people talk about their experience. To connect with people that have the same love for something and being new in an area especially is really cool,” said Dörrenbächer.

Blossm is a place where you can totally geek out on plants.

“One of my Monstera's unraveled a new leaf and we had to pop a bottle of wine and celebrate,” said Higgs.

The group then all cheered in sync.

“Oh my God, that is amazing," said Clynne. “It's nice to say things like that around people like this.”

As the Blossm app continues to grow new roots in the community, each user is walking away with life to plant.

You know you’ve met your people when you geek out on plants. Sharing a new app Blossm where you can swap plants, share advice, identify plants, plant care and best of all sew neighborly friendships. Two Ocean Beach surfers created the the app 5 weeks ago and has sprouted across the country.