The Ocean Beach Antique Center that previously occupied the spot closed last year to the dismay of its customers. 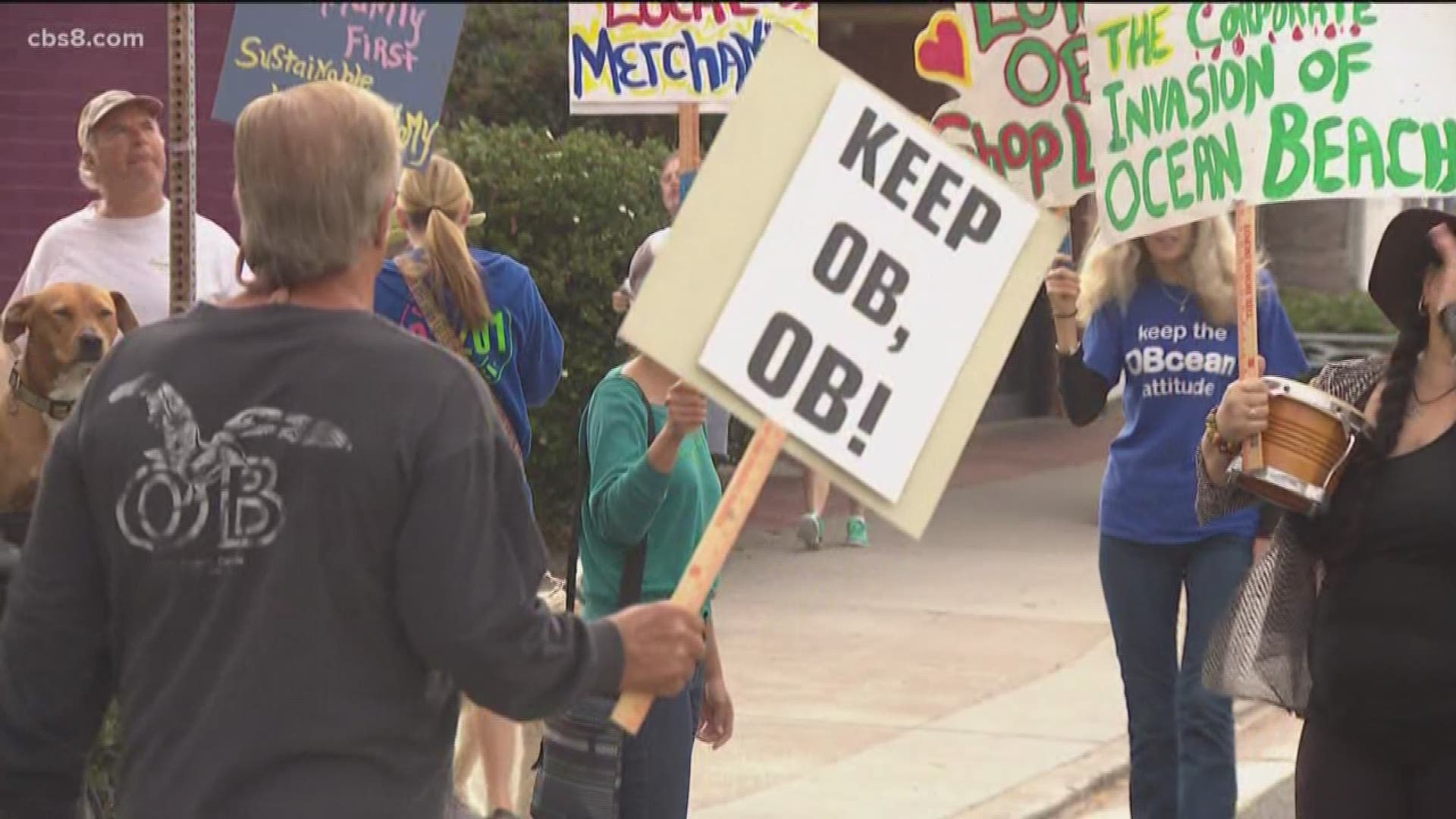 SAN DIEGO — Protesters rallied in front of the new Target store in Ocean Beach Sunday morning. The group said they came together to voice their support for “local independent businesses in an effort to protect our community from further corporate takeover.”

The protest coincided with the big box store’s grand opening. The location opened for business Wednesday but celebrated Sunday with tours of the store and a giveaway of 1,000 reusable bags.

RELATED: Planned Target not hitting the spot in Ocean Beach

"We are trying to further eliminate the invasion of corporate and predatory business in Ocean Beach. It's more important than ever to support local businesses,” said one protester.

The Ocean Beach Antique Center that previously occupied the spot closed last year to the dismay of its customers. Protests against the new Target Express continued as work began to open the store this week.

“I feel like Target doesn’t quite fit in with the vibe here,” said another protester. “I know people who own local businesses here. I’m here to support them and support local businesses in OB.”

Despite the chants of protesters, it was business as usual for Target with some people saying they didn’t see what all the fuss was about.

Others sympathized with the concerns of protesters.

“It’s a little out of place for Target. It’s sad because we've been coming for 40 years and it was always quaint. I can see the pros and cons,” said another local.

Target says the new 18,000-square-foot store employs 50 people and is the 25th Target in San Diego.

A spokesperson for company’s media relations department released the following statement to News 8:

“Target is excited to bring an easy and convenient shopping experience to Ocean Beach guests. We have worked extensively with local leaders and community groups to develop this store specifically for the Ocean Beach area, and are proud to offer a tailored experience to the neighborhood.”

The Ocean Beach Target is located at 4864 Newport Avenue.