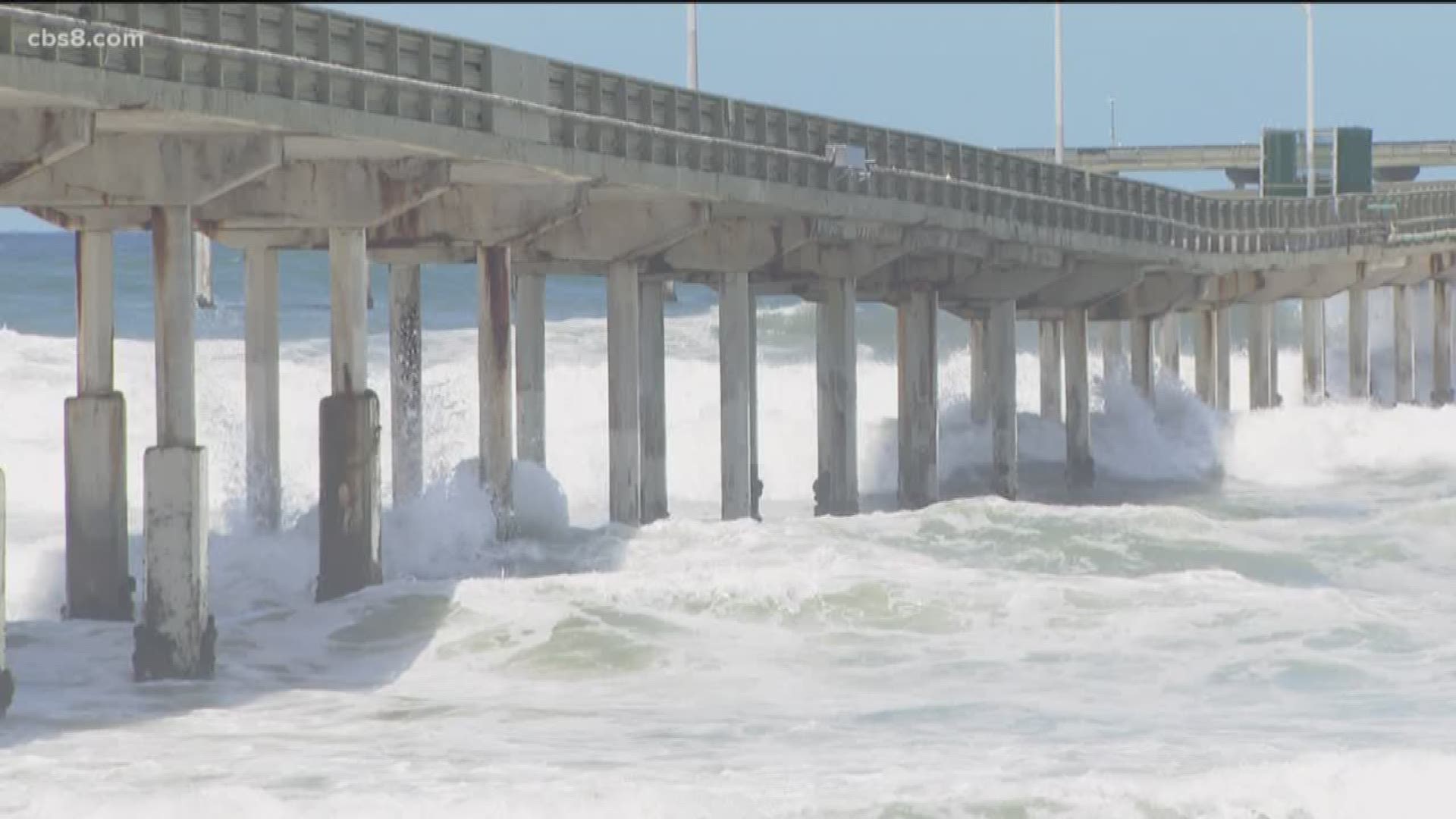 SAN DIEGO — The Ocean Beach Pier is scheduled to reopen Memorial Day weekend after being closed to the public for nearly four months.

The pier was closed in January after massive waves took out chunks of the railing – making it unsafe for visitors.

Every year, more than 500,000 people visit what is considered the longest concrete pier in the world.

More than 2,200 feet of guard rail, electric, water and sewer lines had to be repaired or replaced.

In light of the reopening on Memorial Day, the City of San Diego tweeted a vintage video of the original opening back in 1966.