Police say the fight centered around an ongoing battle between some students from Oceanside High and teens that don't go to the school. 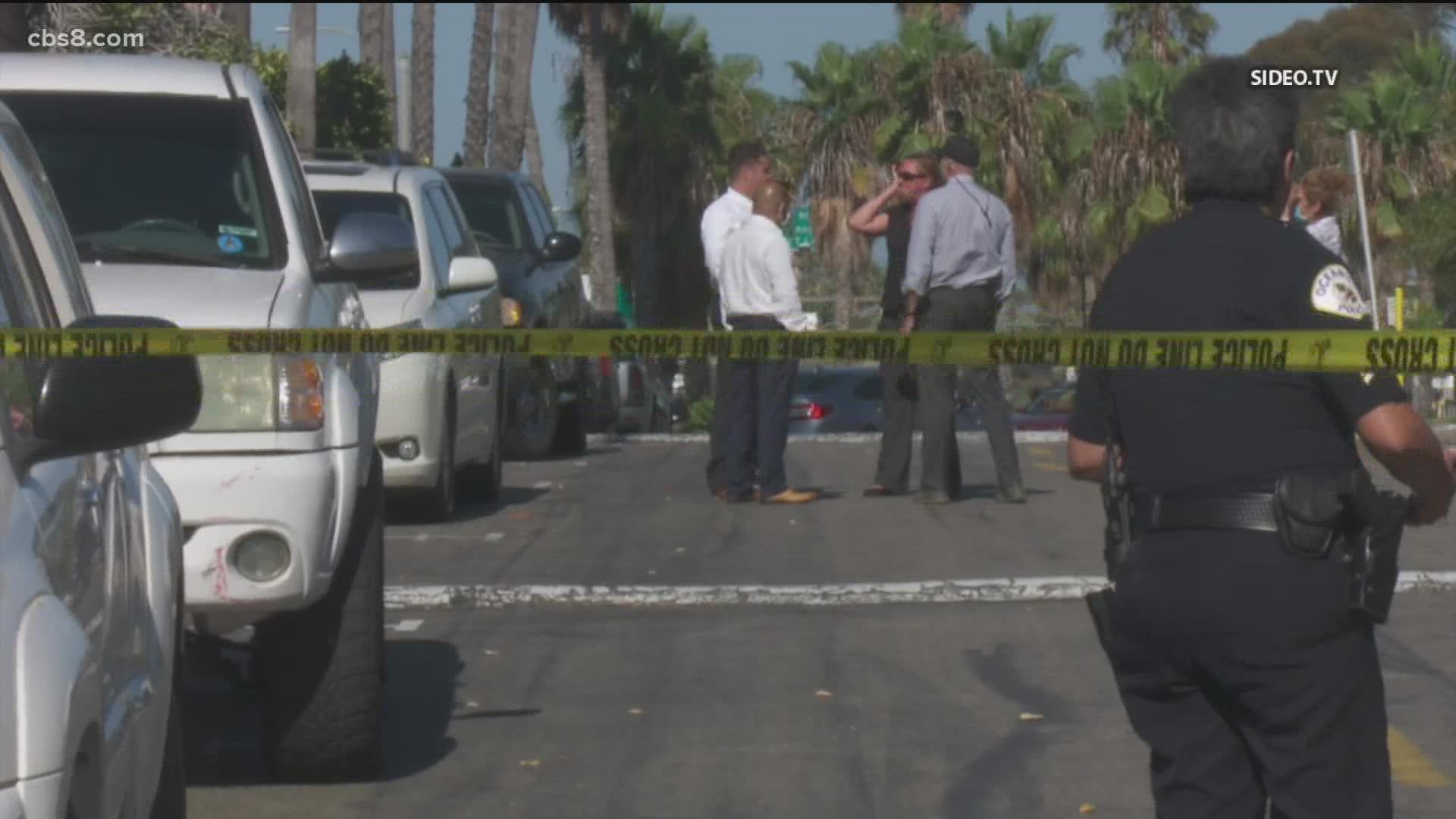 OCEANSIDE, Calif. — The search is on for a 17-year-old Oceanside High School student who is accused of stabbing and seriously injuring another teen during a fight right outside the school’s gate on North Horne Street at Mission Avenue.

Police say the fight centered around an ongoing battle between some students from Oceanside High and teens that don't go to the school.

A female student was being attacked by at least two other girls.

"There's one gal that got hit in the face and so her mouth was damaged a little bit,” said Bussey.

As the females were fighting, police say a 17-year-old male student pulled out a knife, slashed a male bystander in the arm, and then stabbed one of the females in the original fight.

“There was another female there, about 19 years old, that was stabbed in the stomach,” Bussey said. “She was taken to Scripps in La Jolla where she underwent surgery for that injury.”

News 8 has seen video of the fight that shows punches thrown and the actual stabbing. Oceanside police are aware of the video and have also seen it.

One of the teens seen throwing punches was detained, but the 17-year-old male with the knife ran away.

“We do have a suspect, but he has kind of disappeared so we don't know where he is at this time,” Bussey said.

He added that detectives are still investigating why the fight started in the first place.

Oceanside Unified released a statement after the incident saying,

“We will have increased security at Oceanside High School this week. In addition, we are working with the Oceanside Police Department to increase patrols off campus in the surrounding neighborhood.”

Classes resumed on Tuesday, Sept. 21 with no issues reported.