Woman run over and killed by tractor on Oceanside beach

The woman, who was likely in her 40s or 50s, has not yet been identified by the medical examiner's office. 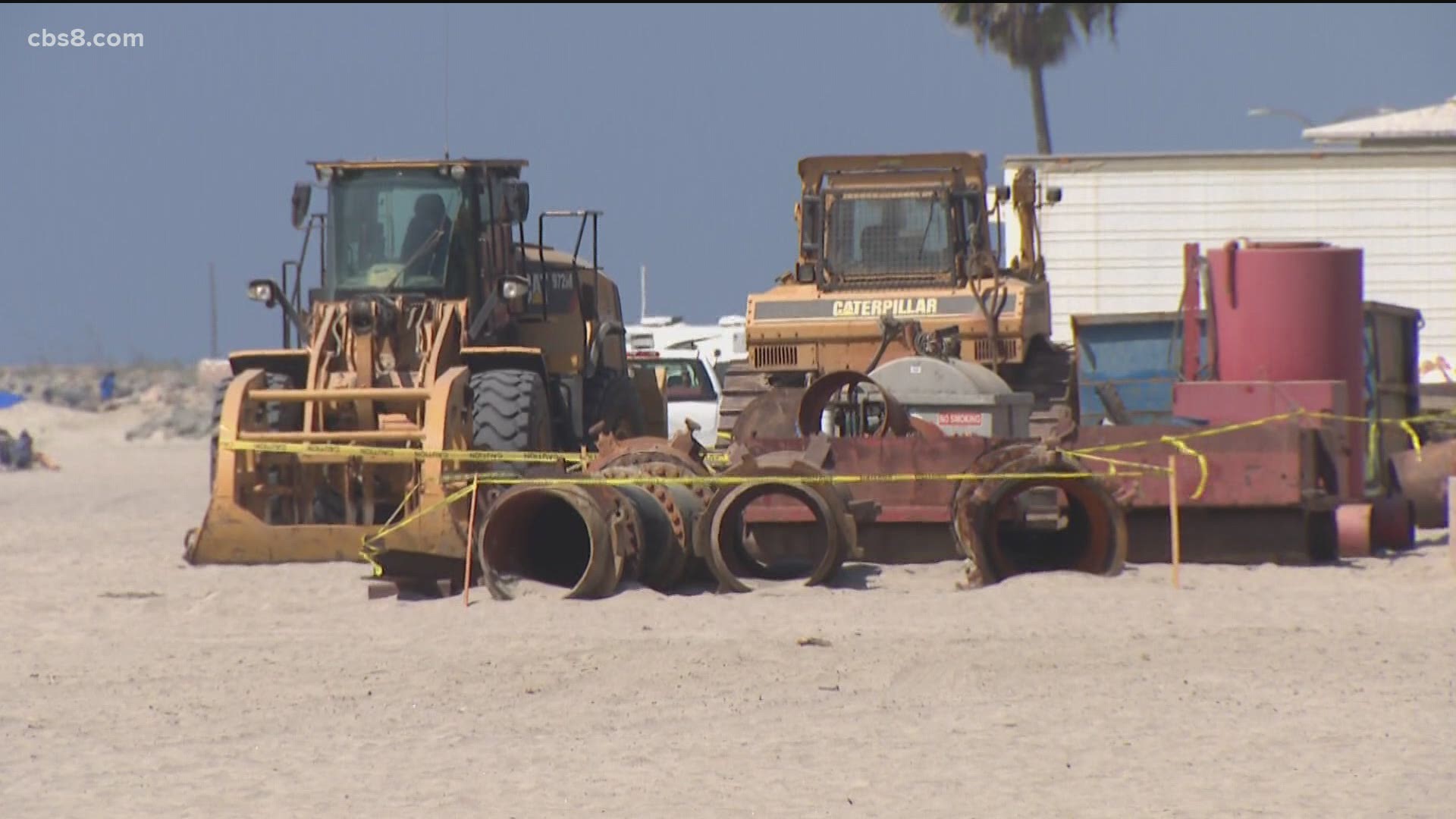 According to police, there was a woman on the beach, sleeping on the sand. She was run over by a large Caterpillar Tractor called a front loader. Police said the driver was removing dredge pipe from the beach when the incident occurred.

"He hit a hole - what he thought was a hole - in the sand. He turned the tractor around and came back and looked and he had accidentally ran over a female who was sleeping on the beach," said Tom Bussey, Public Information Officer for the Oceanside Police Department.

The unidentified victim died at the scene.

"There's a good chance she might be transient. We just don't know at this point," said Bussey.

Police described her as a white female in her 40s or 50s. She was fully clothed and had no belongings with her, not even a purse.

Woman run over and killed by large construction machinery in Oceanside @CBS8 pic.twitter.com/YwMDkaCexG

Surfer Jay Burneo said he saw the woman before the incident.

"[The] lady was leaning up against the wall. [It] looked like she was holding herself up and I was concerned about her," he said. "We asked her if she was ok. She seemed Ok."

But Burneo also told News 8 this:

"I think she was intoxicated or coming down off of something," said Burneo. "She weighed about 90 pounds. She didn't look good and she looked like she'd been up for a while."

Police said the company operating the construction equipment is called Manson Dredge Company, and that the employees are contractors hired by the Army Corps of Engineers.

News 8 reached out to Manson on for comment, but did not get a response back as of Monday evening.

Police said they don't believe the driver was impaired and that he's been cooperative. At this point, he hasn't been charged with anything.

"Not at this point, but that doesn't mean there couldn't be some down the road," said Bussey.

The woman's body was taken to the San Diego County Medical Examiners Office where she will be identified.