The armed suspect ran from the vehicle after being stopped by police on El Cajon Boulevard, according to SDPD. 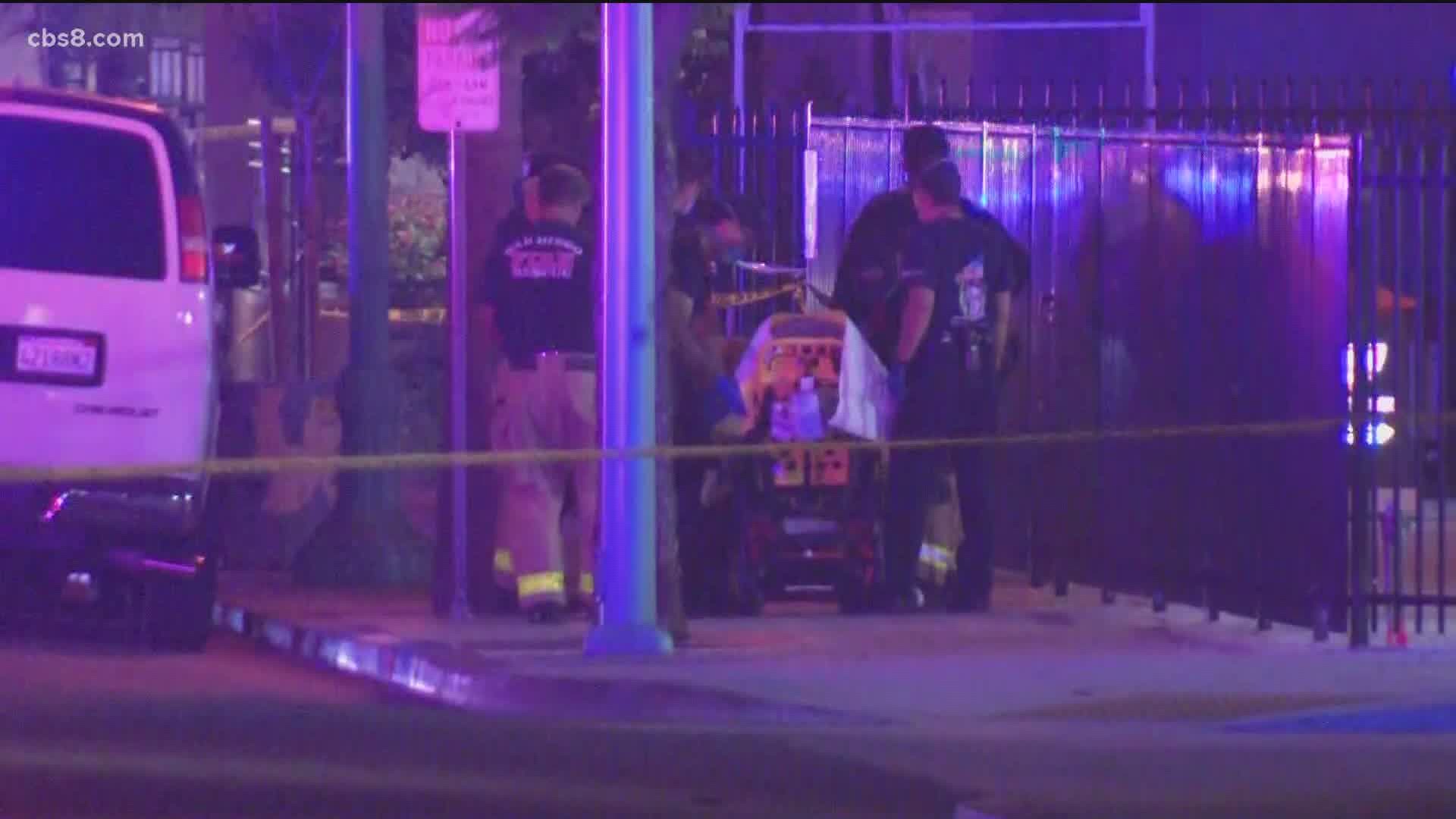 One man is dead after officers shot a suspect during a pursuit in San Diego Friday night. The suspect was wanted for two shootings on Friday, one in Talmage and one near Belmont Park.

San Diego Police responded to a report of a shooting in the area of 5900 University Avenue just before 9 p.m. on Friday night. When officers arrived, they found a 29-year-old man who had sustained multiple gunshot wounds.

The victim was taken to a local hospital where he underwent surgery and is in stable condition.

Witnesses at the scene gave police a description of the suspect vehicle and the direction they left the scene.

According to a police statement, the suspect's vehicle was spotted using the SDPD helicopter and the police stopped the car near 54th Street and El Cajon Blvd. in the Talmage area of San Diego with four suspects in the vehicle.

During the stop, one suspect ran from the car with what looked like a gun in his hand according to the officers on the scene and the helicopter above. The other three suspects remained in the vehicle.

According to the SDPD statement, the suspect "disregarded several commands to stop and drop the weapon. He was eventually confronted behind a fast-food restaurant and an officer-involved shooting occurred. Two San Diego Police Officers discharged their service weapons and the man was struck at least once."

SDPD reported that they were able to recover the firearm that the suspect was carrying when he ran from the vehicle as well as two more firearms that were found in the suspect's car.

The suspect, only identified as a 22-year-old Hispanic male at this time, was pronounced dead at the hospital.

SDPD also is considering the same suspects may have been involved in another shooting near Belmont Park earlier on Friday.

The names of the officers involved in the shooting are not being released at this time. They have both been with the department for approximately one year and are assigned to Mid-City Division.