The suspect, who was not immediately identified, died at the scene. 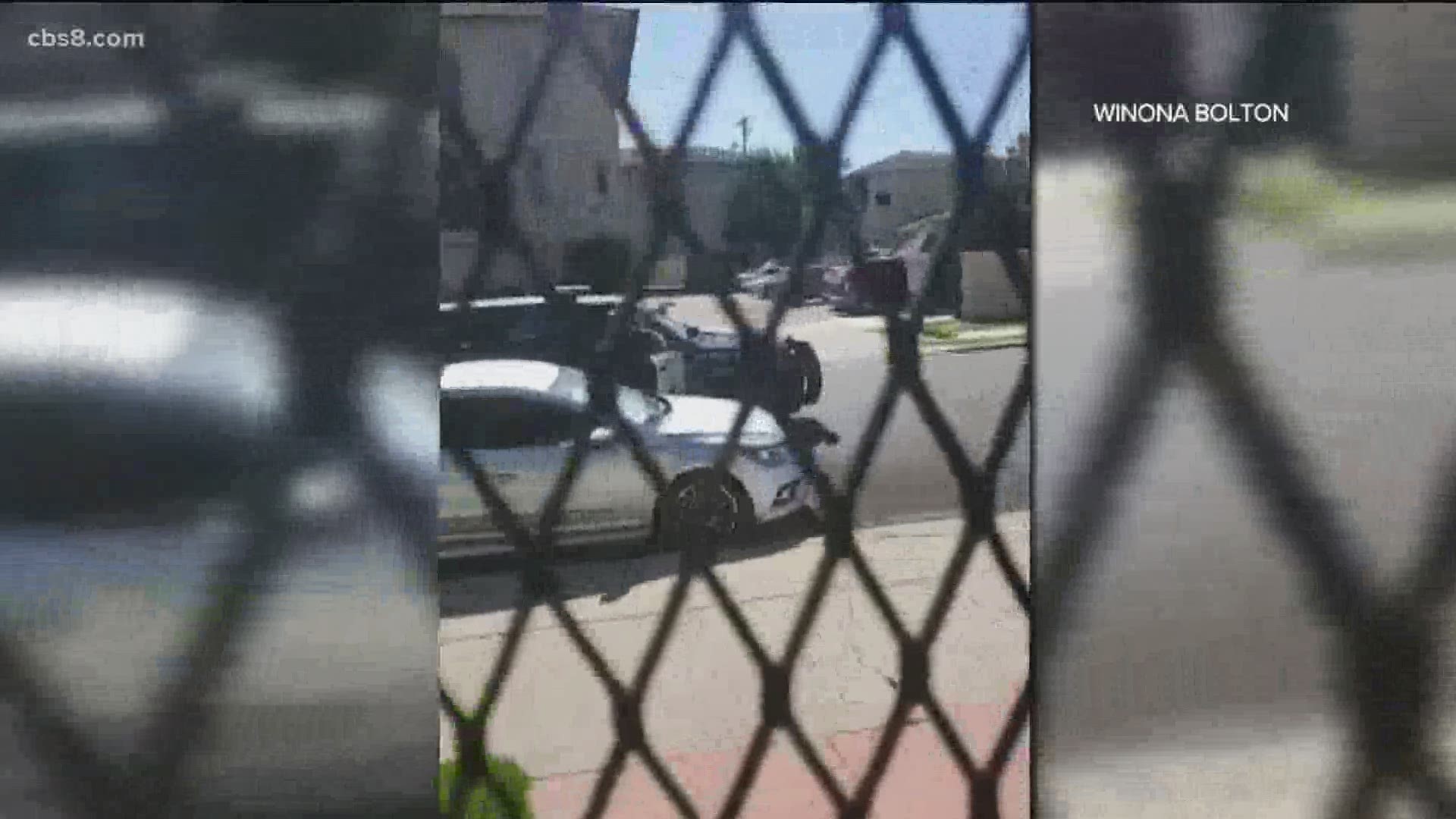 SAN DIEGO COUNTY, Calif. — San Diego police fatally shot a man who allegedly pointed a gun at them Thursday afternoon during a confrontation near in City Heights.

According to police, two women had been driving in the area of the 4300 block of Menlo Avenue north of El Cajon Boulevard near Euclid Avenue, when they were approached by a person they described as a Black male armed with a handgun. Authorities said the man pointed the gun directly at the women.

"The male racked the slide of the handgun and pointed it directly at the females," said San Diego Police Department Homicide Lt. Matt Dobbs.

When officers arrived on scene the suspect was in the 4200 block of Menlo Avenue, just south of El Cajon Boulevard in City Heights. Officers say they attempted to take the man into custody.

"The male initially complied and raised his hands at which point a firearm fell from his clothing onto the ground near him," said Lt. Dobbs.

Police continued to order him to back away from the weapon, but he allegedly refused to comply.

"At one point the male reached down to the ground, picked up the weapon and pointed it directly at the officers prompting several of them to open fire," said Lt. Dobbs.

A witness says she went Live on Facebook right before she heard shots.

"It was absolutely scary, it was mortifying to see a man die in front of you," said Winona Bolton.

Bolton says before she heard gunshots, she saw the man laying on the ground and she looked away for a moment and heard gunfire.

"I peeked around and the young man did just what the officer told him to do, lay down by that black truck and I didn’t understand why he had to take all those bullets laying down in the ground," said Bolton.

Police reported that even when he was on the ground, the man did not comply with officers’ orders to move away from the weapon, which according to them, he was still in direct possession.

San Diego police said they will release body camera video and surrounding video to the public without delay.

The suspect, who was not immediately identified, died at the scene.

The scanner audio can be heard below as the police were called to the scene: