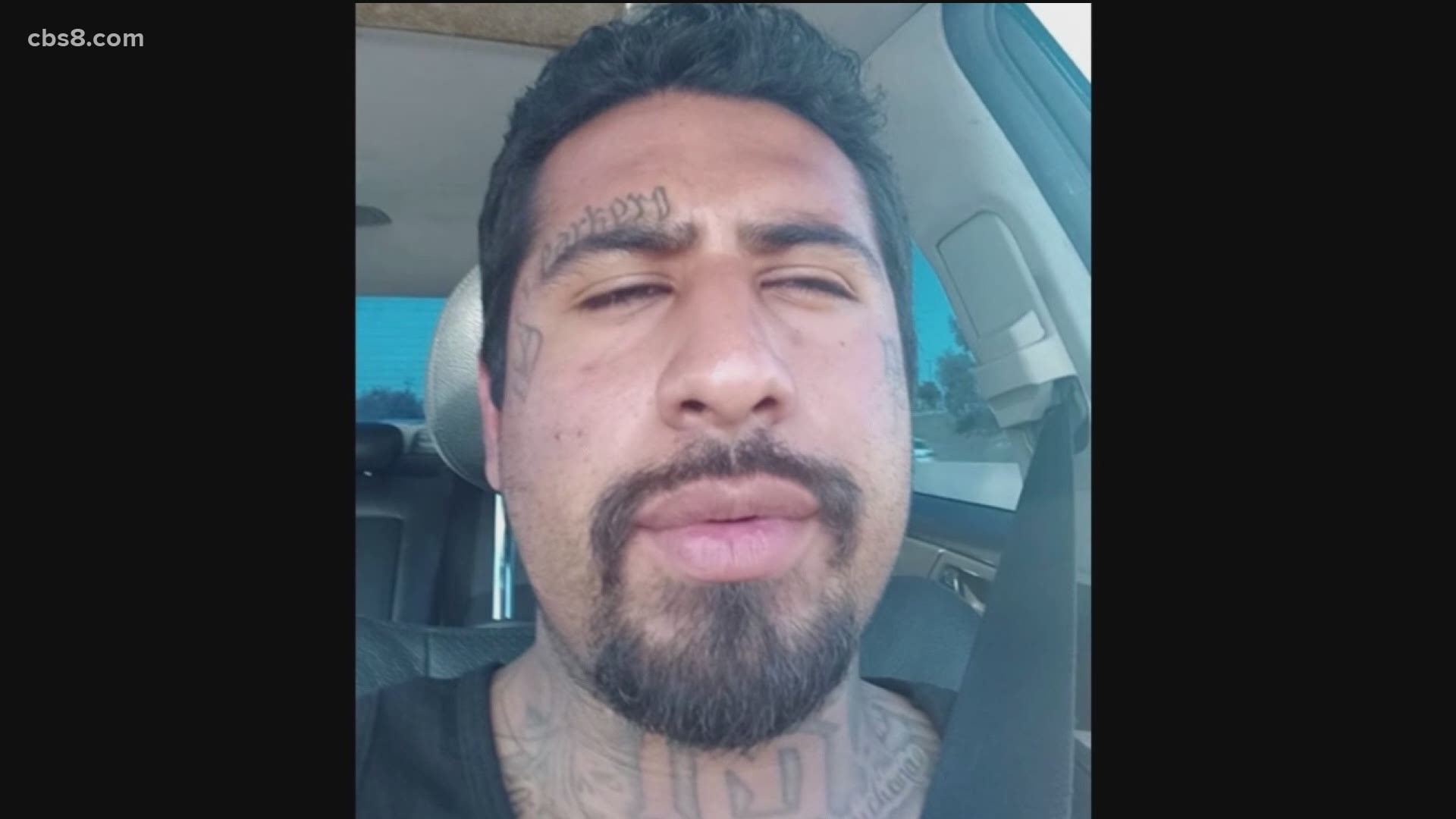 SAN DIEGO COUNTY, Calif. — Police are searching for a San Diego man that allegedly cut off his ankle monitor and then smuggled in at least two people from Mexico. It all happened near the intersection of Picador and Del Sol in Otay Mesa Saturday afternoon.

A bails bondsman started the initial search for 28-year-old Antonio Antunez. He told us this incident started about 2:30 p.m. Saturday and soon realized he’d need back up from the San Diego Police Department.

Investigator Jesse Nunez with Fugitive Warrants says they tracked Antonio Antunez’s via his ankle monitor and then tracked his cell phone.

“After smuggling some people across the border, he fled over to this area, broke into a house and has taken refuge at a location down the street from us," Nunez said.

“I don’t think he’s a threat to anyone in the neighborhood. He just wanted to escape. And that’s what he did,” said Liet. Jose Chavez.

Investigators say Antunez stands about 5’5, weighs about 180 and has tattoos on his face.

Lieut. Chavez says they spoke to the two people that they think were smuggled over from Mexico by this suspect and then they were released.