SAN DIEGO (NEWS 8) — Camryn is in the fourth grade but has had to switch schools four different times in the past couple years. The 10-year-old is waiting for the stability and love of a forever ho... 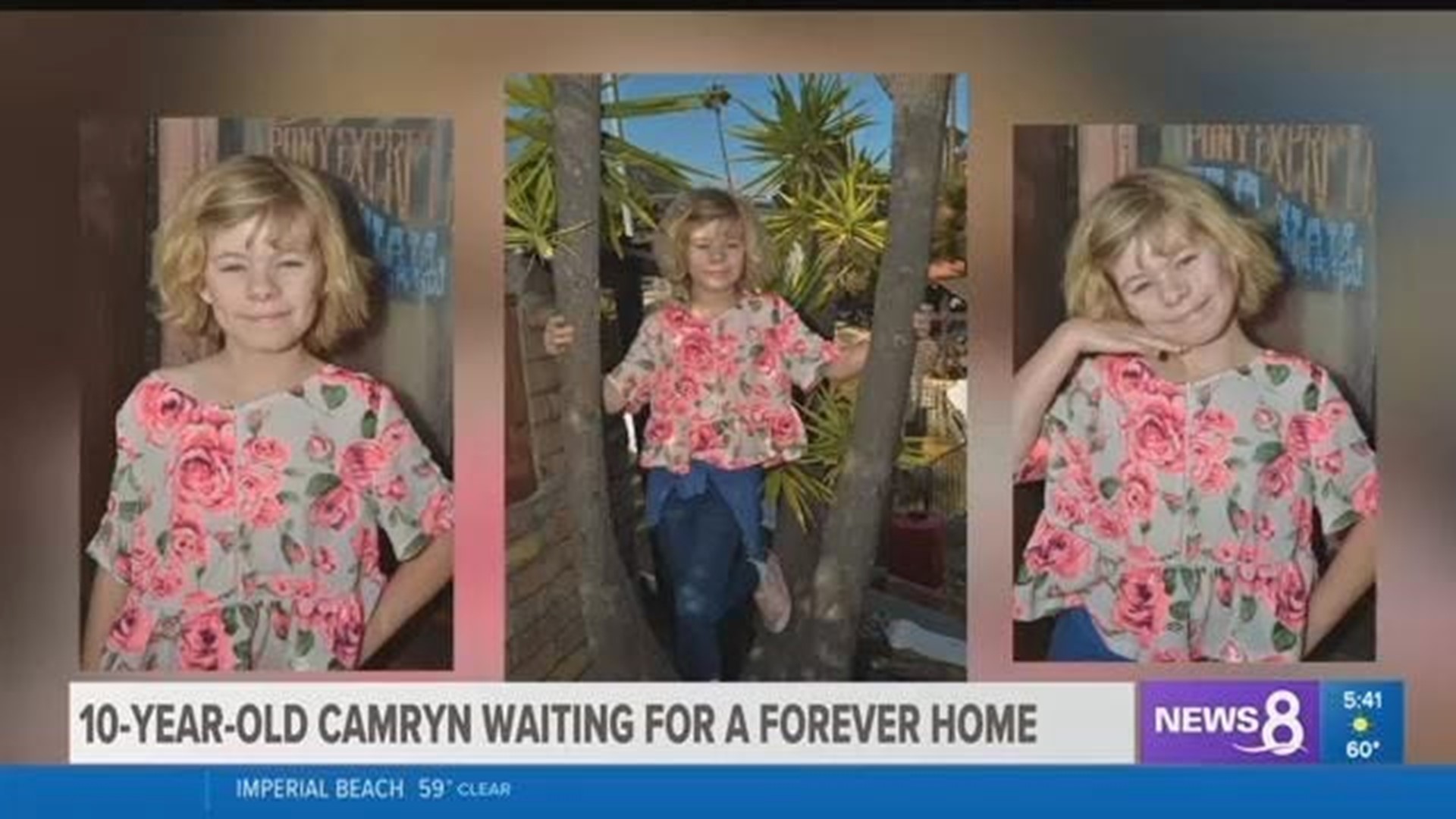 SAN DIEGO (NEWS 8) — Camryn is in the fourth grade but has had to switch schools four different times in the past couple years. The 10-year-old is waiting for the stability and love of a forever home.

Life for Camryn has taken some unexpected turns; she’s been in care for almost two years and has had to navigate road blocks – including the multiple schools she’s attended.

Being uprooted has taken its toll.

“School in general can be hard for children that are in the system, and hard for children in general, and then you add that change of school where you're in different schools every year or half a year - it disrupts learning,” said Protective Services Worker Michelle Hoeger. “So it definitely makes it harder. I think when she's able to catch up, she'll be good.”

Camryn, who's living in a group home, wants nothing more than a forever family.

"We've actually asked Camryn what kind of family she wants, and she has said she wants a family with a mom and a dad where the mom gets to stay home with her and a dad who works,” said Michelle. “She would love to be around other kids and pets. And she's also said she'd like to be in a family that goes to church.”

She's specifically mentioned the Catholic church, but her social worker says that was just her wish list and that Camryn would be open to any loving family, willing to take her in.

"I think [she would like] any family that is able to dedicate the time and patience and work with her and provide her that stability that all children crave,” said Michelle.

When I asked Camyrn what kind of family she'd like - she gave me one specific name:

The happy-go-lucky girl is also just plain lucky; making a few great shots during our playdate at Boomers San Diego. And we're hoping her luck continues, and that she finds a forever home, one day soon.

“Foster care isn't permanency, so all kids deserve to be 'normal,’ where they're not having to have court hearings every few months, and not having to have social workers visit, so [there is] the importance of getting that sooner than later so she can have that normal childhood,” said Michelle.