A little boy, who was severely abused as an infant, wasn't expected to survive - but Rio beat all odds. In this Adopt 8 success story, Marcella Lee introduces us to Rio, his new little sister, and ... 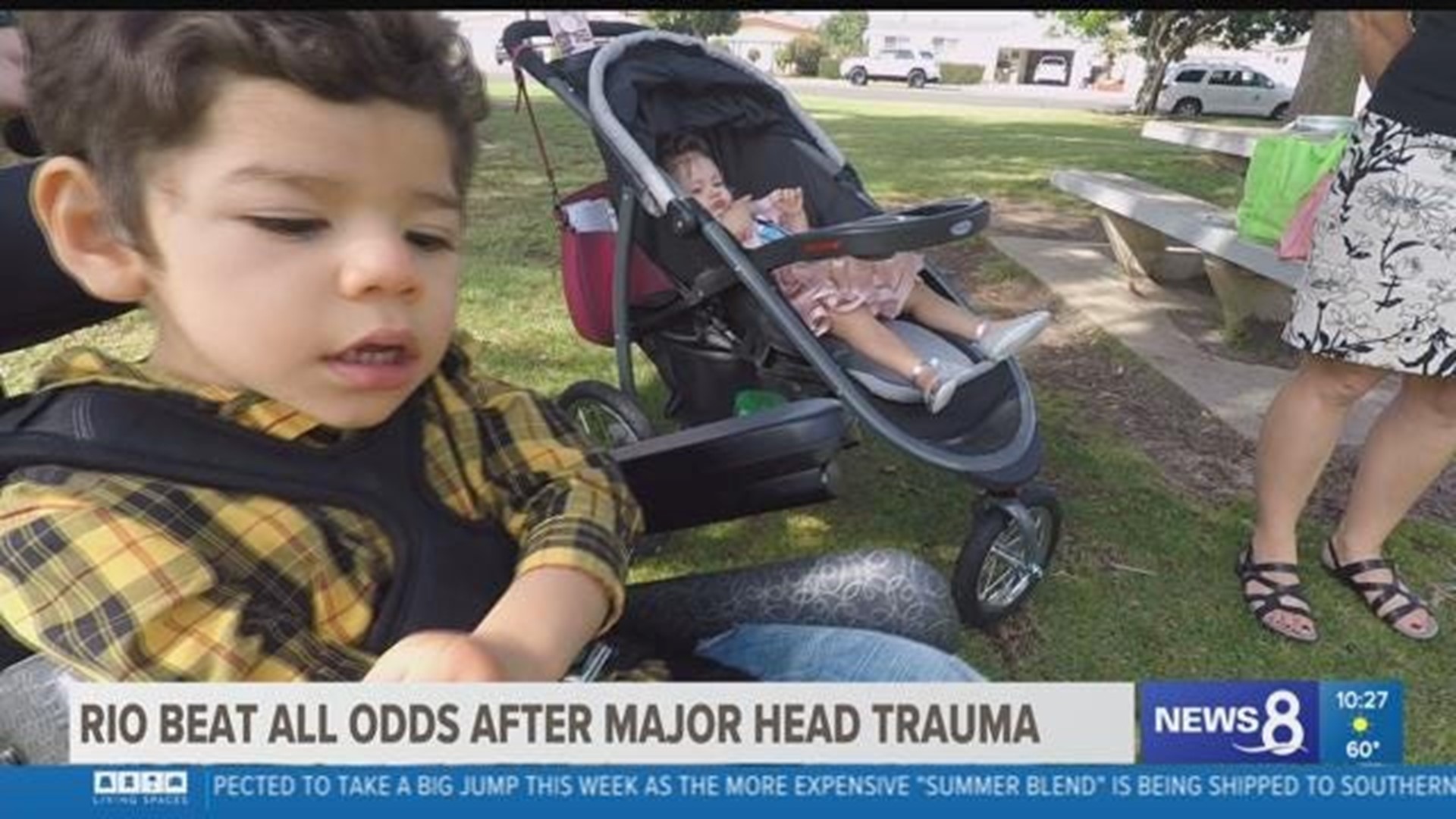 SAN DIEGO (NEWS 8) — A little boy, who was severely abused as an infant, wasn't expected to survive - but Rio beat all odds.

In this Adopt 8 success story, Marcella Lee introduces us to Rio, his new little sister, and their parents who are hoping their story inspires others to adopt.

2-year-old Rio is a fighter.

"He was born very healthy,” said his mom Cecilia. “From what I understand, he was almost a 12-pound baby.

Rio has since been adopted into a loving family and now has older siblings who adore him - and a new little sister, Luna, who was also recently adopted.

But in the first few weeks of Rio's life his parents say he was violently shaken by his biological dad.

"He survived something so horrible that nobody should be going through,” said Cecilia.

She says the abuse was so severe it left Rio with broken bones and brain damage.

"He was brutally attacked,” said Cecilia. “He ended up in the hospital.”

Cecilia and Micheal, who were foster parents at the time, remember getting a call asking if they'd be willing to go sit by a baby.

"We got a call from the agency saying, 'do you want to visit a child who might not make it through the night?’” said Cecilia. “They just wanted someone to be there.”

The couple rushed to the hospital, where doctors said his prognosis was bleak.

"He was on a ventilator, so doctors made the decision to take him off life support and they even signed papers to donate his organs,” Cecilia said.

But little Rio shocked them all.

"He started breathing, he started moving, and that's when the doctors put back all the tubes,” said Cecilia. “They were amazed by this and told us we could come back into the room, and we started hugging him, touching his hands, talking to him, telling him he was safe now.”

They haven't left his side since that day.

“To hear he was taken off life support and that they were preparing to donate his organs, and the fact that he just kept breathing...” said Micheal.

"It's a miracle,” Cecilia added.

Micheal, who's retired from the military, says his son has endured more trauma than most people will ever know.

"It's really hard to think about. It's like a combat zone for him,” said Micheal. “And to see how far he's come - it's amazing.”

Though blind, they say Rio recognizes voices, and brings his family so much joy. The couple encourages others to consider adopting children with medical needs.

"They see these kids and don't realize how much potential they have,” said Micheal. “It just takes somebody wiling to open their heart and homes, that's all - that's all these kids need.”