A successful adoption story for, not only for the children, but also for their parents who say they weren't sure if they would even be allowed to adopt. 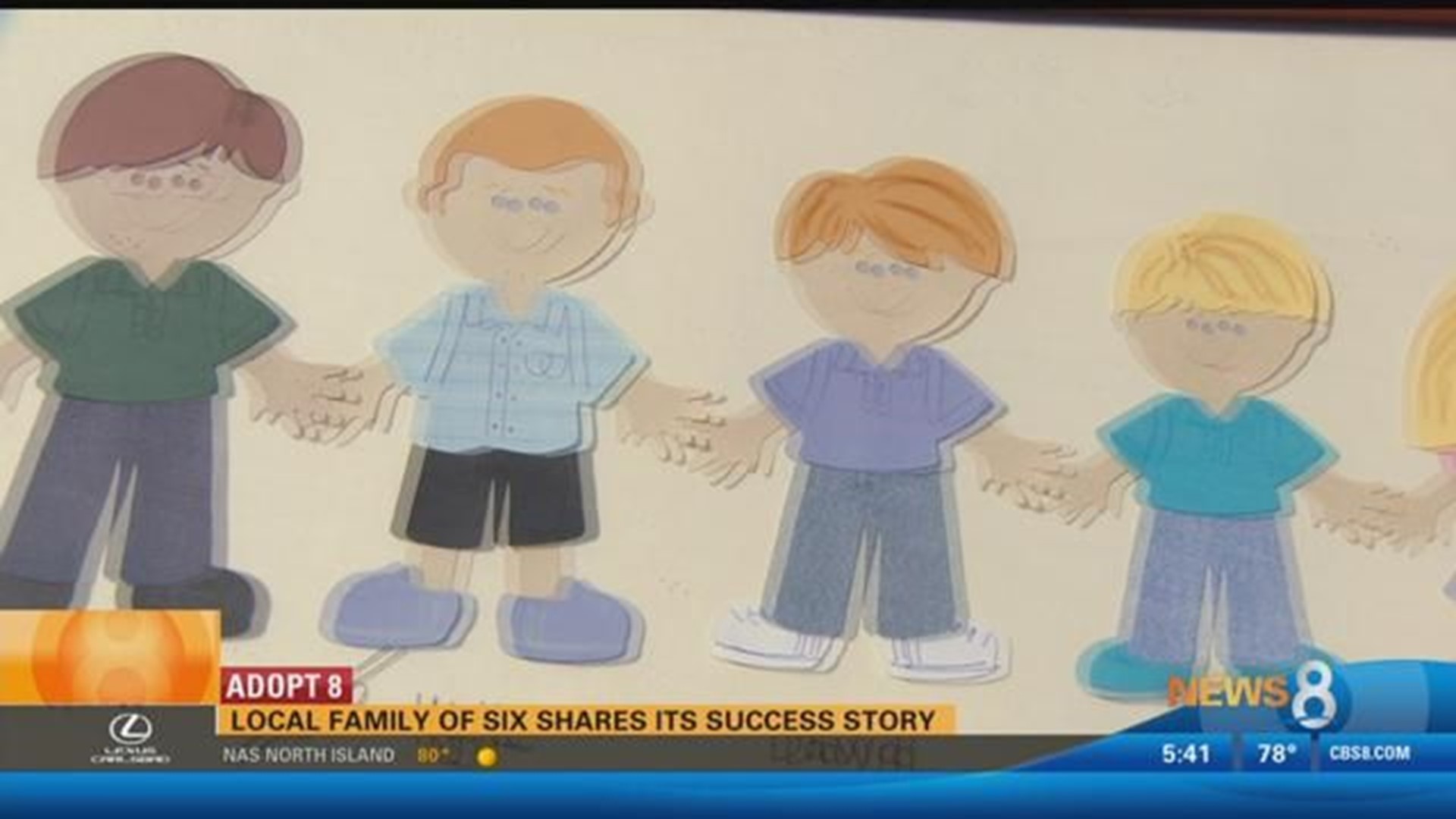 SAN DIEGO (NEWS 8) —  A successful adoption story for, not only for the children, but also for their parents who say they weren't sure if they would even be allowed to adopt.

Playing baseball is a favorite pastime for the family of six – it's one of the many ways the bond.

"We go traveling a lot, we play baseball a lot and we support each other," said daughter Faith.

That cherished family time is something Mark and Kyle feared they might never get to enjoy.

"I didn't think I could have this dream," said Mark.

The couple first began looking into adoption more than a decade ago and say they were discouraged by the lack of other gay couples wanting to do the same.

"Mostly they were single women," said Kyle. "But two men wasn't common at all so we really didn't think we had a chance at adoption."

"The county opened their arms to us and said 'absolutely,'" said Mark.

First, they welcomed David who was adopted in 2006 ending the turmoil for this little boy, who moved an astounding number of times in foster care.

David remembers, how hectic life used to be.

"Before I got adopted... I just got moved so often, but now that it's stable it's pretty nice," said David.

Next, came Jaixon and soon after, the couple learned about Jaixon's two younger siblings - Faith and Kyle Jr.

"It was a surprise, because they didn't even know I had a brother and sister," said Jaixon.

After being separated in foster care, the three children were finally reunited.

"It's worth everything, it's such a joy," said Mark. "It's fulfilled my life and I wouldn't go back for anything. It was my dream, absolute dream."

For Kyle, the kids have been a huge inspiration, helping motivate him after a slip and fall left him in a wheelchair, with a spinal cord injury.

"I really didn't have a lot of hope and if you look at me today you probably wouldn't recognize that I was ever in a chair," Kyle said. "If I didn't have kids I'd probably still be in that chair. I didn't save anybody, they saved me."

If you ask the kids, they all say they are so grateful for their two dads.