A local woman who set out to become a foster mom more two decades ago, says she never intended to adopt. But she ended up adopting one daughter, then another, and another, until she had adopted ei... 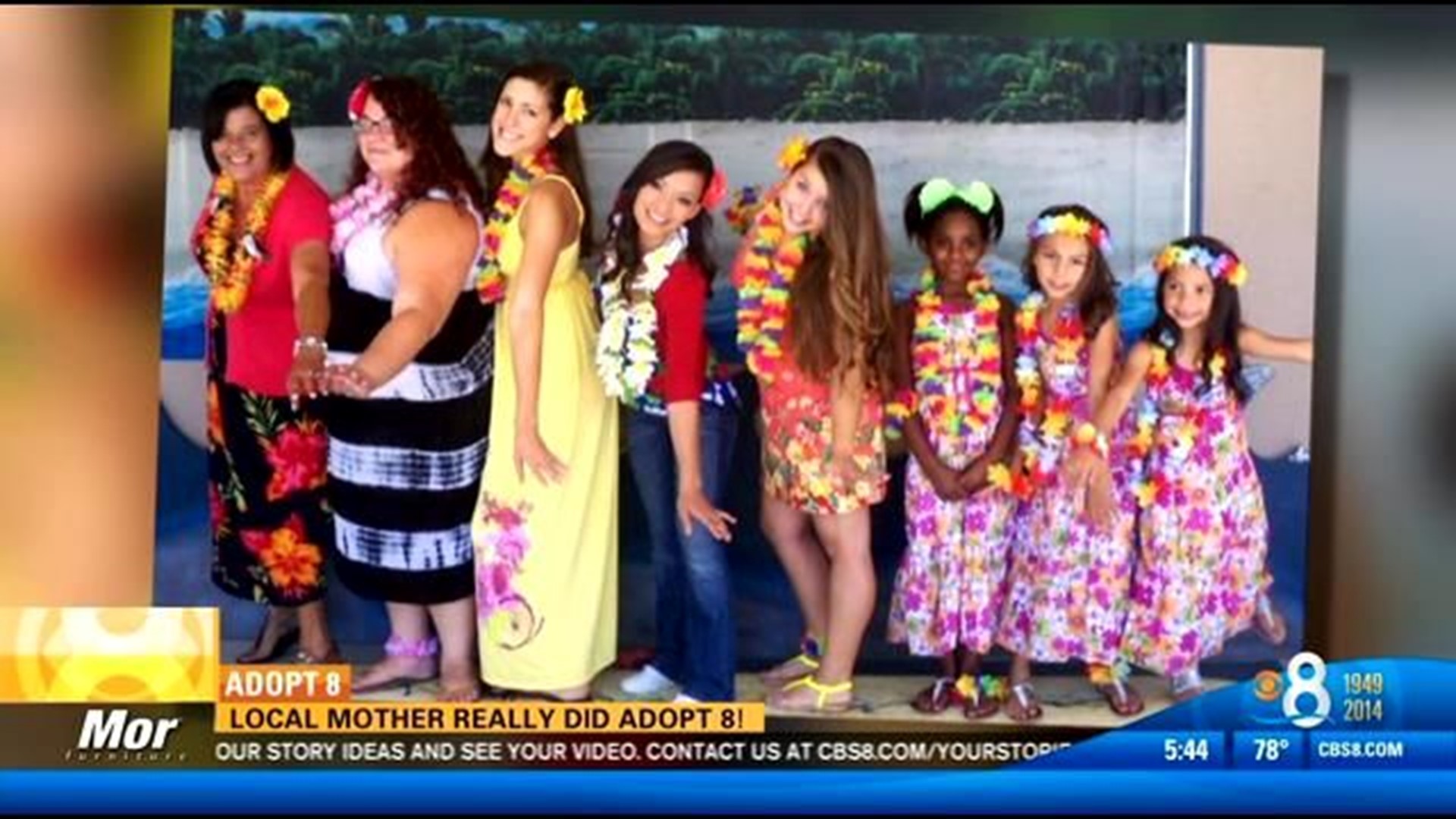 SAN DIEGO (CBS 8) - A local woman who set out to become a foster mom more two decades ago, said she never intended to adopt. But then she ended up adopting one daughter, then another, and another, until she had adopted eight girls. Maryann, really did – Adopt 8.

"I think that she's an awesome woman and no one else in the world could probably do as much as she does," explained Selena. "I like my mom, and I wouldn't have any other mom."

Selena is one of eight sisters who all feel exactly the same way about their mom, Maryann.

“My mom does a lot of stuff for me and whenever I get mad at her, we forgive each other and the other forgives us,” said Selena.

“She's the best. She really is awesome, she has a kind heart and she just wants to help every little kid out there,”

Maryann has fostered more than 400 children over the past 25 years, adopting eight of them - all girls.

“There were a lot of kids and there were just different circumstances and being a single parent, girls were just real into the performing arts. They're all competitive dancers and state champions some of them, just had to throw that in, so it just works for our family, just me and the girls. And it works,” said Maryann.

She's so proud of all her girls have accomplished.

“I am. Sometimes they get annoyed,” Maryann added.

But most of the time, they're just grateful for her love and support.

Selena says she often thinks about what life would have been like had she not been adopted.

“Oh all the time, sometimes we even talk about it, and I thank the Lord that she saved me,” said Selena.

Maryann brought home many of her daughters as newborns - only intending to foster them, but as each girl, became available for adoption, Maryann added to her growing family.

“It's just meant to be, that's how their story ended up and that's how our family was formed,” Maryann added.

She calls Ali her extra special gift. Ali's mom, the oldest of the eight siblings and died while she was pregnant with Ali.

“She had a brain aneurysm at seven months. She's a miracle child and so she's my gift and looks exactly like my oldest daughter,” Maryann said.

Maryann was inspired to become a foster parent, by her own mom and dad.

“My parents did foster care my youngest brother, I have seven biological siblings and my youngest brother was adopted, and I've always loved children, and it just ended up being this way. I'm blessed, I'm very happy,” Maryann explained.

And her girls say welcoming so many foster children into their home has helped them learn how to share and care.

“I like having them because I get to help them through a lot of stuff, and it's really fun,”

“Children are awesome, even with diversity and beginnings that might not be conducive that we think. All my children have biologically different backgrounds, they all do well in school, they're all good kids and as a single parent, they're my life, and I believe anybody who has it in their heart, can do it,” said Maryann.

CBS News 8 would also like to thank Boomers San Diego for hosting a fun day at the park.