A local family of three that opened their home to foster children say one special girl stole their hearts. As soon as Ozzyonna joined their family, they just knew she would be with them forever. 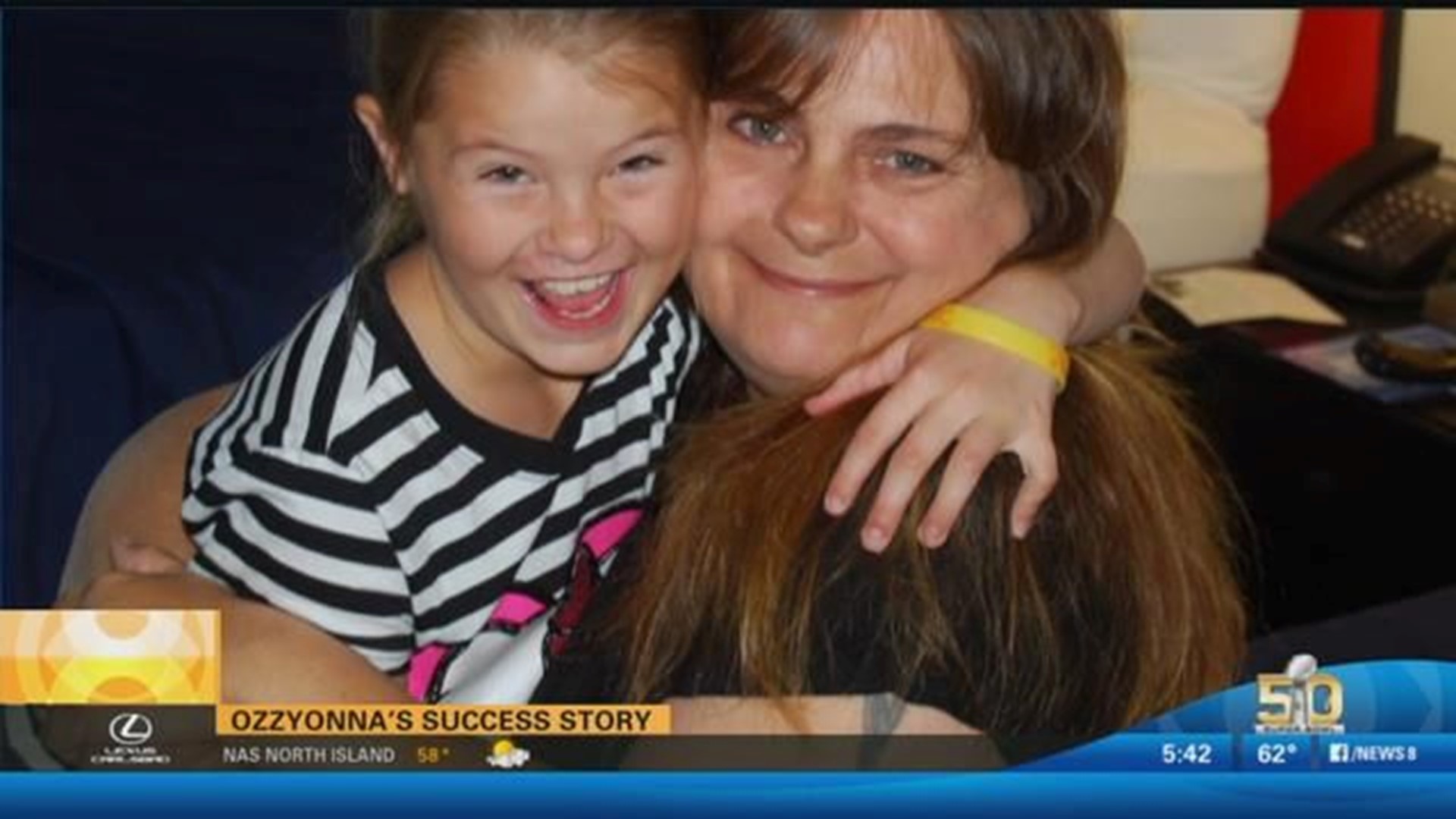 SAN DIEGO (CBS 8) - A local family of three that opened their home to foster children say one special girl stole their hearts. As soon as Ozzyonna joined their family, they just knew she would be with them forever.

Climbing trees is just one of the many adventures these two sisters have shared. Eight-year-old Madison and nine-year-Ozzyonna are so inseparable it's difficult to believe they've only known each other for a little more than a year.

“From the day we met Ozzyonna, her and Madison just clicked," said Shauna.

They finalized Ozzyonna's adoption in November 2015, but say it feels like she's always been part of the family.

“She adapted to us, and us to her, just like it was meant to be," continued Jeff.

Jeff and Shauna began fostering children a few years ago - inspired by Shauna's experience growing up in the system.

“I was in foster care for several years. The system was a lot different back then. A lot of the kids didn't ever get adopted,” explained Shauna.

Shauna wanted to offer foster children a safe and loving home, which was something she didn't have.

“It's something that was real heavy on her heart, she grew up in a different time, it was a struggle for her and it's something she's always wanted to do,” Jeff said. “And we reached a place where we were able to help another kid, some kids out and and we did, and it turned out into such a blessing."

When they took in Ozzyonna, they could instantly tell she belonged with them forever.

“Well, her and Maddy connecting that made a huge difference, and that's how we knew,” said Shauna.

The family credits Ozzyonna's Court Appointed Special Advocate for helping with the transition.

And they encourage others who are thinking about adoption to consider taking in an older child.