Twin brothers adopted after being featured on Adopt 8 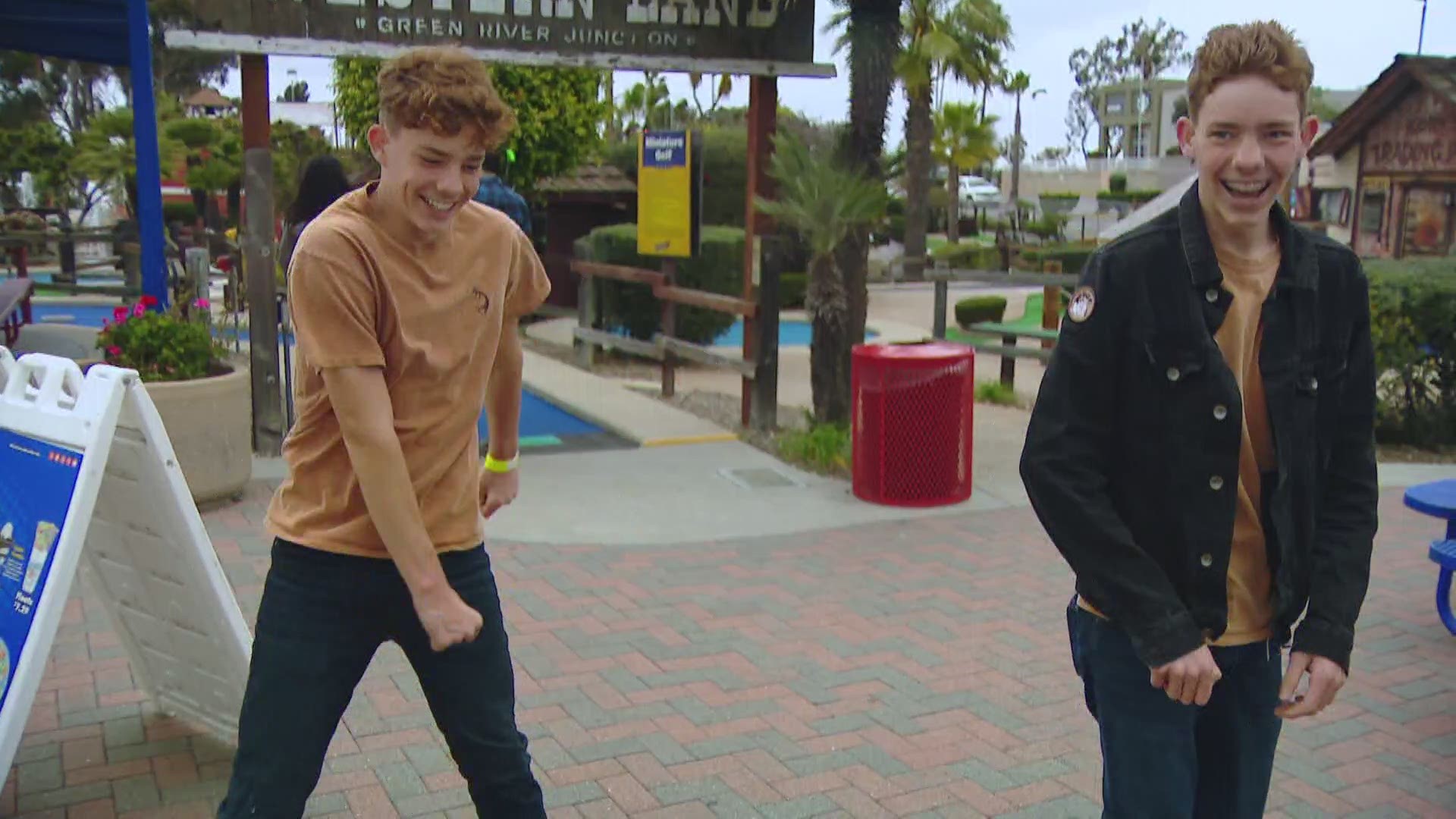 SAN DIEGO — After spending most of their lives in foster care, local twin boys were able to find their forever home after being featured on Adopt 8. Now Damien and Kristopher are teenagers and News 8 caught up with whole family recently to see how things are going since the adoption.

Starting at age five the boys moved 11 times within the system before finally finding stability in a forever family. Dads Jason and Noah noticed the boys when they were featured on Adopt 8.

They hoped to give the then 10-year-olds a better life.

After mentoring and eventually fostering the boys for three years, it became clear they fulfilled each other. The adoption process became complete in January.

"In foster care we sort of went from home to home, but here we found our place to stay and grow,” said Damien.

And they certainly grew a lot: at 14 years old they are almost taller than their dads Their love for each other has grown as well.

The teens are also able to have hobbies now Kris plays rugby and says he likes to stay active. Damien plays the saxophone and has plans for the future. He says he plans to be a California Highway Patrolman and along with his friends they want to be “the next version of ‘CHiPs.’”

Jason and Noah gave the gift of adoption, but they all won in the end.

The boys described their dads as “nice, cool, amazing, kind and generous” and say they understand them well. If you are interested in adopting or becoming a foster family, please call 1-877-792-KIDS (5437).