Sept. 11, 2021, marks the 20-year anniversary of 9/11. Events are scheduled across San Diego County to honor the fallen and first responders. 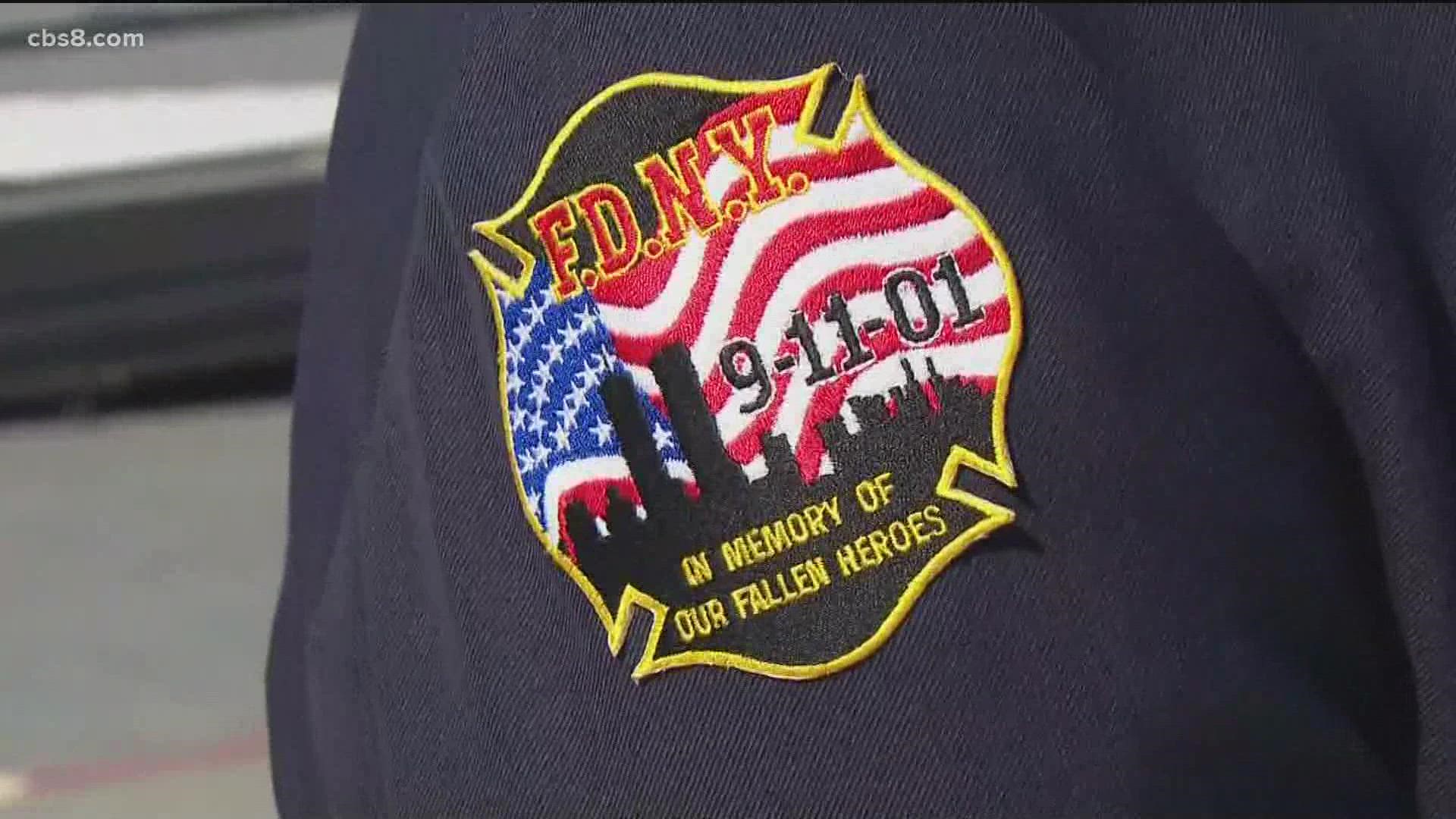 Here are some of the events.

A memorial tribute was scheduled on the flight deck of the USS Midway Museum, which included a reading of the names of first responders who lost their lives in the attacks, a tolling of the bells with an emergency helicopter flyover, a 21-gun salute and a harbor police fireboat water display.

Cuyamaca College held a remembrance ceremony for 9/11 on Friday where Julianna Barnes, college president, spoke along with veteran Allan Estrada, who suffered a traumatic brain injury from an improvised explosive device while in Afghanistan.

"As a young soldier I didn't understand phrases such as 'Thank you for your service' or '[Thank you] for your sacrifice.' I did not know what to say," said Estrada. "It took years after the end of my service to understand the meaning. It was time with family and friends, my early 20s when many are starting families or in college. It was the sacrifice of the well-being of my body, my spirit and how I am now fundamentally changed for my service."

Estrada said he is very proud of his service, and has no regrets. He spent years recovering from his injuries. His wife enlisted in the Army a year ago. He now works with student veterans at the Cuyamaca College campus.

There were 2,977 small flags displayed on the college lawn to represent those who died in the Sept. 11 attacks, along with a 70-foot flag provided by San Miguel Fire and Rescue, a moment of silence and performances of TAPS and the national anthem by students. 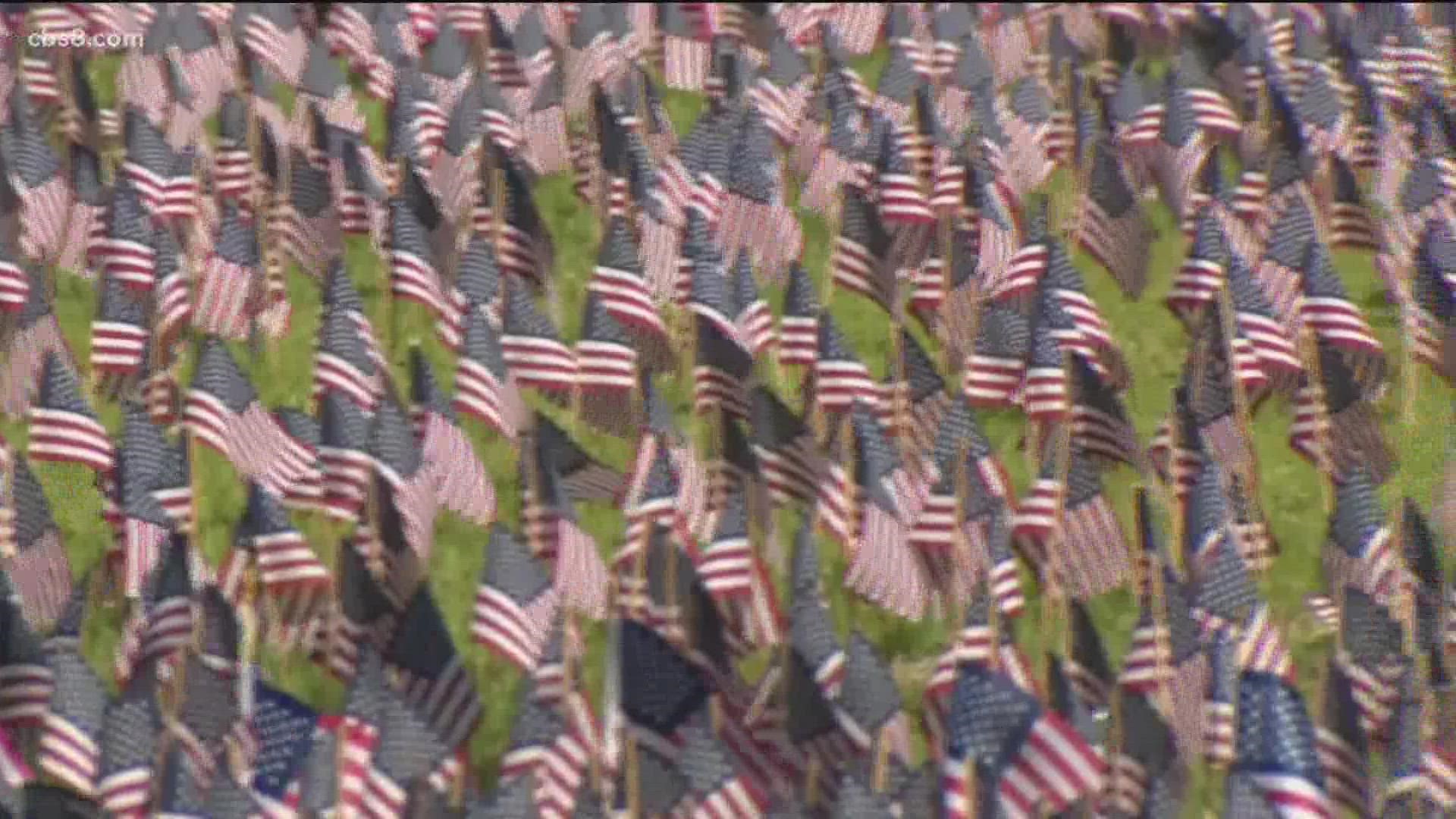 The “Journey of the 9/11 Memorial painting” owner Wendy Moldow has shown off the work of art since she bought it in 2015. It previously sold for $26,000 by the Carlsbad artist Kelly Lucas, who was commissioned to do the painting to raise money for the families of the fallen firefighters.

The artwork has been traveling all across San Diego county placed at different fire stations for the last six years, it concluded making stops across the county at the Encinitas Library on Friday. The painting will be on display for the entire month of September at the Encinitas library.

"We can't forget it, we cannot allow it to be forgotten. So many of our current first responders weren’t around or they were little kids during 9/11, so this allows them to bring up conversations and understand it better,” said Moldow, a realtor for over 30 years.

The painting shows a downcast firefighter in front of falling towers and a tattered U.S. flag.

"The heroism that we witness from firefighters and first responders is worth remembering,” said Catherine Blakespear, mayor of Encinitas.

The art has moved from Fallbrook to Solana Beach, Santee and more.

At Foster Elementary School in Allied Gardens, students planted flags in front of the school to remember all those killed in the attacks on 9/11.

The PTA plans to keep them up until Sunday.

The American Legion's commander, vice commander, and chaplain will speak in remembrance of the lives lost and offer thoughts and prayers.

In Kearny Mesa, the Indian Motorcycle Riders will take off from Indian Motorcycle of San Diego and will ride 50 miles each way to Josie's Hideout in Santa Ysabel for We Remember ceremony. All motorcyclists welcome. The ceremony will include a band, singing of the National Anthem, the Pledge of Allegiance, and a 21-gun salute. 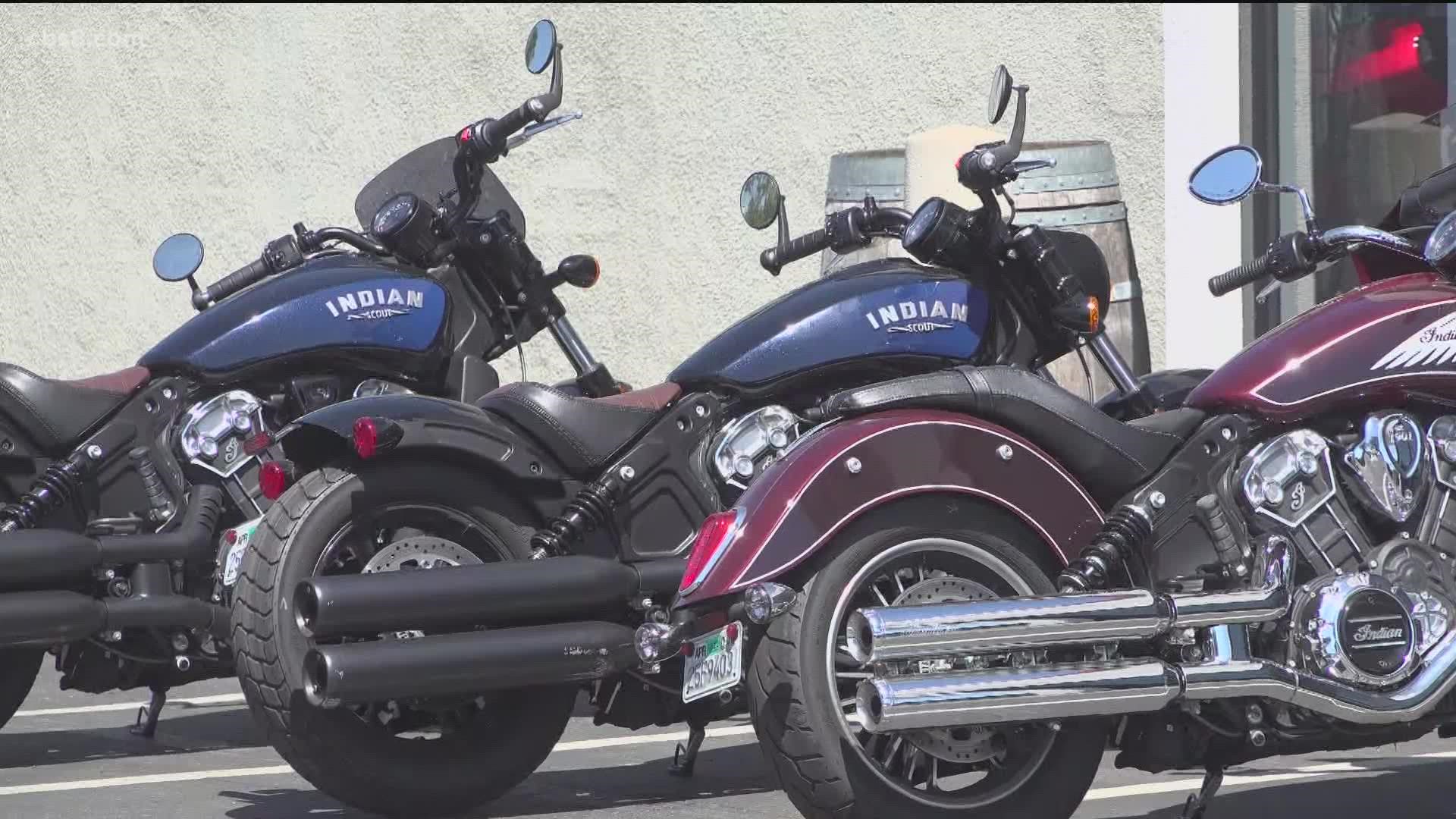 The annual race "will unite the community to commemorate the 20th anniversary of the September 11 attacks, and honor the lives lost on 9/11 and in the wars since, along with our veterans, military and first responders who serve our country and our communities," according to organizers.

More than 100 first responders will be recognized during a commemoration, with representation from police, fire, EMT, health care and military expected.

Consider donating blood on 9/11 at any of San Diego Blood Bank’s 8 donation locations or the following mobile blood drives:

Appointments are encouraged and available at SanDiegoBloodBank.org. Donors must be 17 years or older, weigh a minimum of 114 pounds and be in general good health.