SAN DIEGO — "Walk a mile in their shoes," is a saying used to help others understand the obstacles someone is facing.

That is why the YWCA San Diego held it’s 12th annual fundraising “Walk a Mile in Their Shoes" in downtown.

“You have the utmost respect for what the woman experience is, just by the shoes itself its such a different world that women live in," said participant Brian Lloyd.

“We are still seeing so many people who are ashamed and embarrassed and they are led to believe that all of this is a result of their behavior which isn't true,” said Heather Finlay, CEO of YWCA San Diego. “Help them understand that this happened to you, this didn't happen because of you."

The YWCA San Diego has Becky’s House which is a safe place for victims including children, who have a 1 in 7 chance of being affected by domestic violence.

News 8's Jeff Zevely emceed the walk and led the catwalk too.

Rick Vazquez brought his 5-year-old and 8-year-old sons to the walk.

“You need to know what someone else's life is like. Not everyone has a life like you," he said.

There was symbolism as men struggled walking in high heels.

There were friends and families of victims. Glenn and Claudia Sinkule lost to their daughter Nicole in 2005. Her boyfriend was convicted of murder.

“Have a safety plan and make sure everything is covered, they are manipulative, sneaky,” said Claudia.

Advocates for victims say this isn’t a woman issue, it’s a community issue and everyone has a voice.

“To me, this happens day in and day out and men have responsibilities to step up and not do that,” said Lloyd.

Walk a Mile in Their Shoes 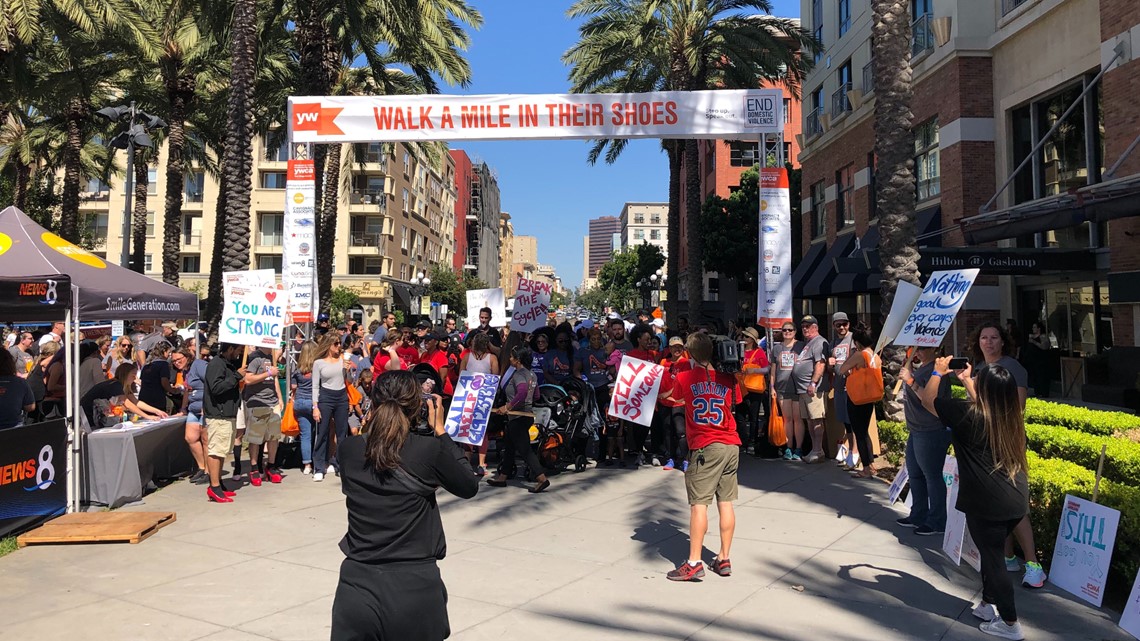