2015: Fighting breast cancer at Komen Race for the Cure

Balboa Park was a sea of pink Sunday morning for the 19th annual 2015 Susan G. Komen San Diego Race for the Cure. 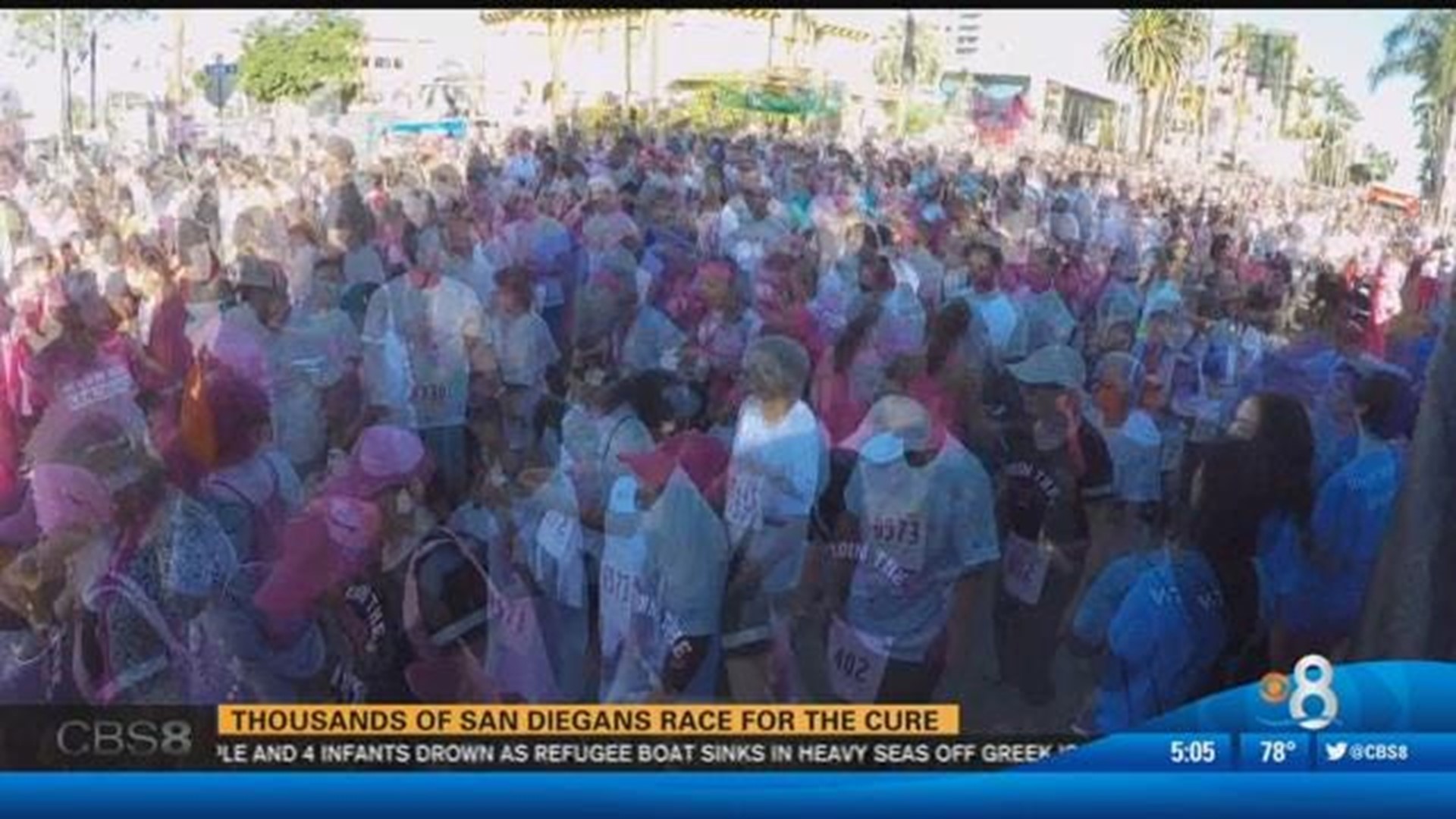 More than 15,000 people, along with team KFMB, took part in the 5K to raise money for the fight against breast cancer. And for many those local supporters this disease has hit home. San Diego Chargers safety, Jahleel Addae, knows firsthand about the pain and suffering of breast cancer. His mother, Jennifer, tackled the disease.

"She was diagnosed around week six of my rookie year. It was real tough, on the person, it's real tough on the family members," Addae said.

"She did go through chemo, a lot of chemo, three times a week. You don't know if the chemo's gonna work, you don't know how long you have to live," he said.  "It was tough. I cried some nights and didn't let her know. It's my mom and you know how it is when it's your mother!"

Today, Jennifer is cancer free and Addae is celebrating her victory as honorary co-chair of this Sunday's Susan G. Komen Race for the Cure.

"Six women a day will be diagnosed with breast cancer in the county one woman a day dies. Those stats are even worse for African American women," Hutchinson said.

According to Komen Research, African American women have a 41 percent higher mortality rate than Caucasian women and their late stage incidence rate is 52 percent. The key to reversing those numbers is early detection.

"My specific job here is to reach the African American community," she said.

Jahleel told CBS 8 his mom, Jennifer, is doing so well. She's heading to Baltimore to cheer him on at Sunday's game.

NOTE: You can join CBS 8 in the fight against breast cancer during the month of November for the 2015 San Diego 3-Day November 20 - 22.

Also, leave a message on the CBS 8 Breast Cancer Can't Stop San Diegans: Wall of Inspiration celebrating the survivors in your life or honoring your lost loved ones.