Dog Tags: An update on Buddy's journey from shelter dog to service dog 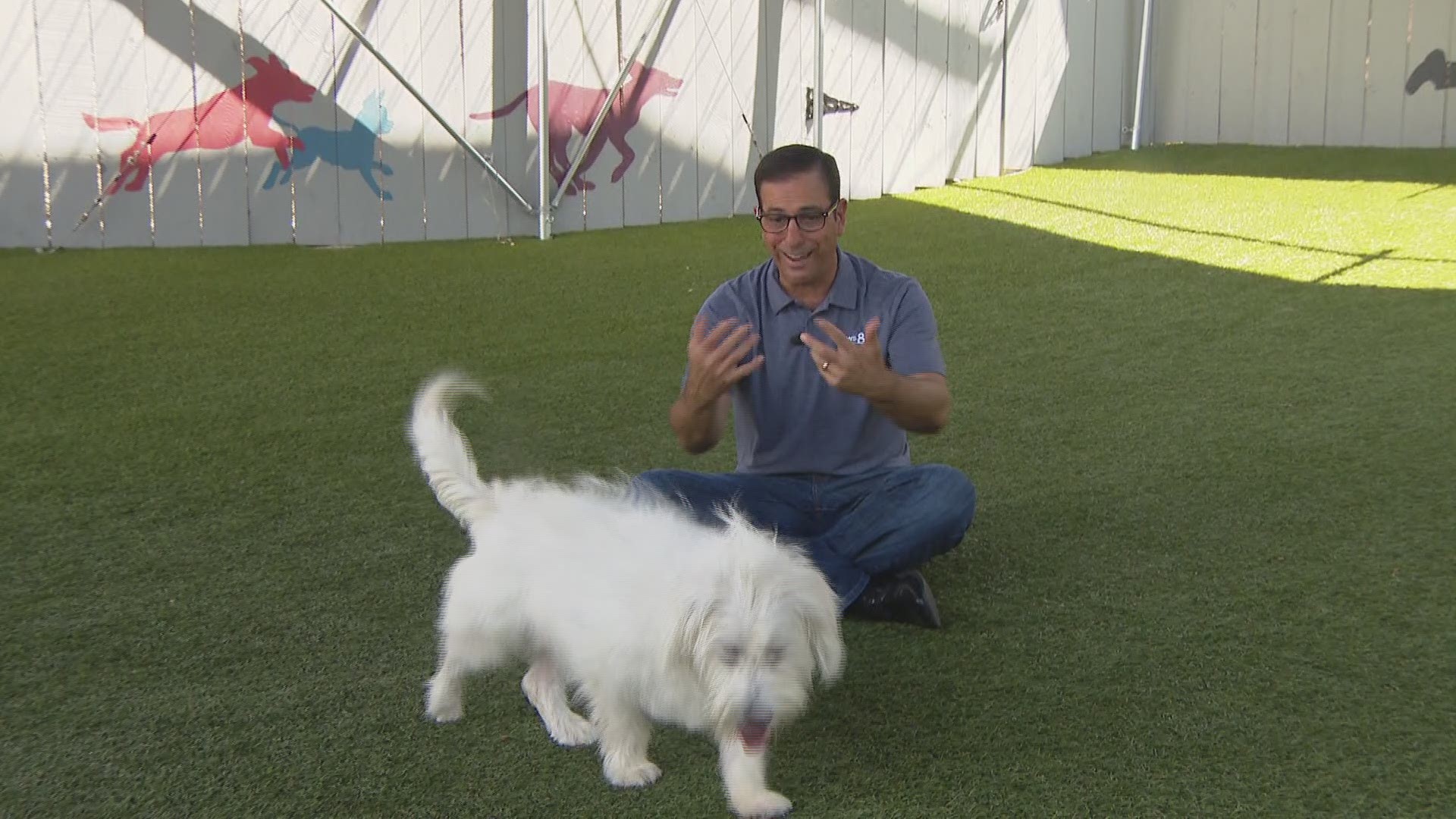 EL CAJON, Calif. — From the El Cajon animal shelter, to helping a veteran suffering from PTSD - we’re following Buddy the Dog on his exciting journey and his trainers say, “so far, so good!”

Graham Bloem, from the non-profit Shelter to Soldier, spotted Buddy a couple of months ago and had a good feeling about him.

“He’s engaging with me,” Graham said after first meeting Buddy. “He reacts and follows my hand and he’s looking at me.”

“He's got so much more focus and his demeanor - his calmness and ability to stay engaged - is really strong,” Graham said. He also added with a laugh, “and just like before - he still loves belly rubs!”

Shelter to Soldier provides the dogs for free to combat veterans who really need them. Many are suicidal, homebound, and suffering from anxiety.

Shelter to Soldier trains the dogs to offer a sense of security when the veterans are out in public. As Graham puts it, Buddy's job is to put a protective bubble around his handler.

Buddy has already learned skills like front, which is when he sits at his handler’s feet and creates a physical space boundary between his handler and everyone else.

As far as he's come, Buddy still has a lot to learn. It takes the typical dog about a year of training before they're ready to report for duty.

That said, you can definitely see Buddy's progress already, which is good because Graham says the first 90 days of training are critical. If a dog isn't getting it by then, he'll undergo a “career change” from service dog to family pet.

“We want him to have a job that he loves and right now we're getting that feedback from him,” Graham said. “He's showing us this isn't something we're having to make him do - we're guiding him - but he's enjoying the process all the way through.”

Graham showed us Buddy's drive to succeed by teaching him a new skill while we were watching.

After only minor hesitation, Buddy was willing to run through a strange tube. That’s an important lesson because it's a different feel on his paws and it's a crowded space.

“Once he's highly trained and task trained as a service dog, the impact he's going to have on a deserving veteran - one of our applicants - is going to be very profound,” Graham said. “I can't wait for that.”