From meeting chickens to preparing to meet his future family, Buddy is on his way to becoming a service animal. 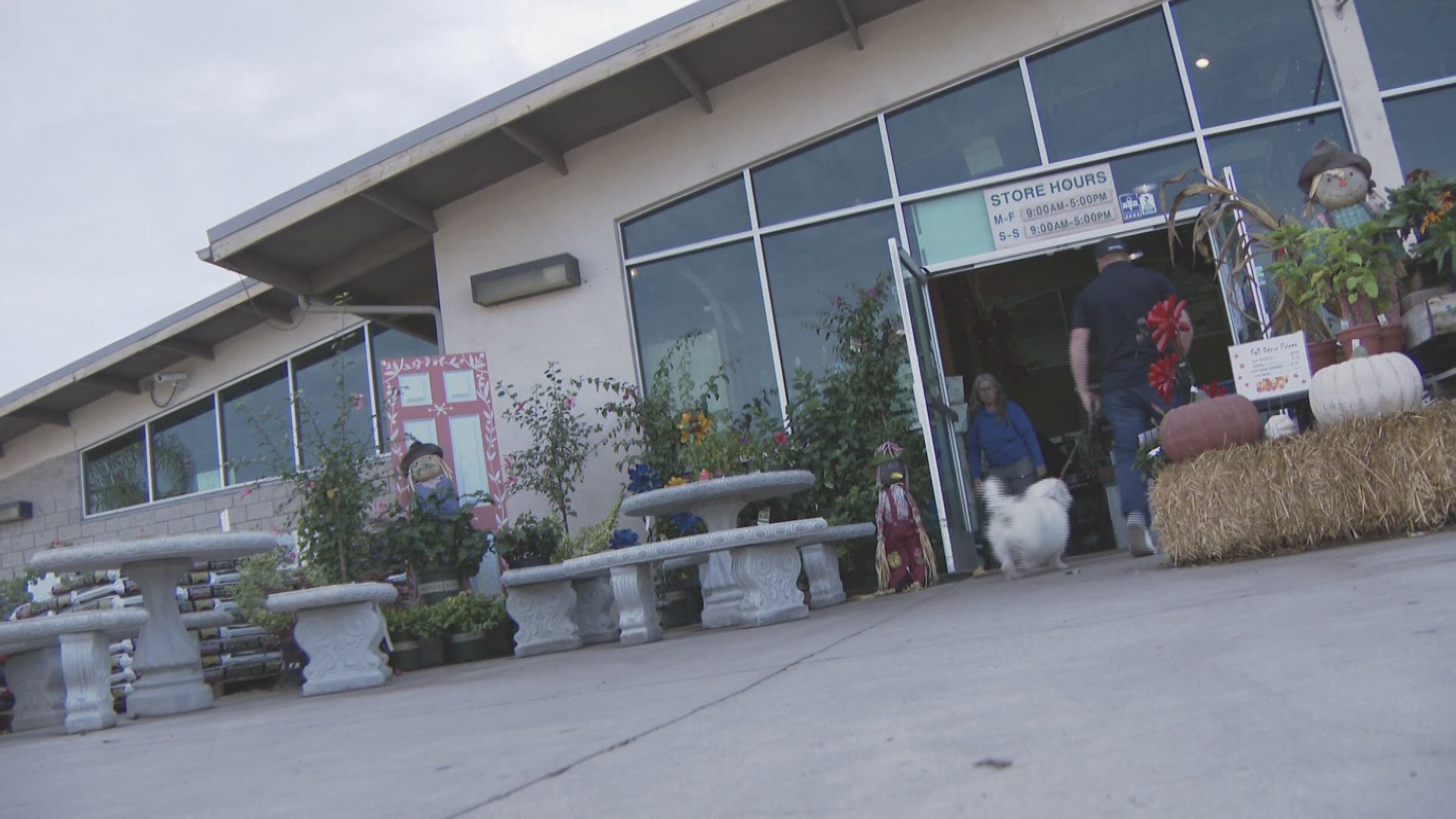 EL CAJON, Calif. — We first introduced you to Buddy over the summer when he was rescued from the El Cajon Animal Shelter. Over the past several months, a non-profit called Shelter to Soldier has been training the adorable terrier mix to become a service dog for a veteran suffering from PTSD.

“He absolutely loves to train,” says Shelter to Soldier co-founder Graham Bloem. “He's food motivated, he's got a phenomenal spirit and a love for life and he loves to give affection."

On a recent field trip to Walter Anderson Nursery in Poway, Buddy was working on what Graham likes to call “his public manners.”

It’s a great opportunity for Buddy to practice staying focused around distracting new sights and sounds. Buddy flinched at the sound of a nail gun, but as the noise continued, Graham focused on positive reinforcement. In less than 30 seconds, Buddy was no longer bothered by the sound.

A few minutes later, another surprise – chickens! Buddy had never seen them before and his first instinct was to chase them.

“In service dog training, we have something we work on called 'impulse control,'” said Graham. “His initial impulse is to chase these chickens around. He's learning to control that impulse through obedience and then getting rewarded when he's not chasing them, but it's hard. He hasn't seen chickens before so he's having a tough time.”

This is exactly why Shelter to Soldier dogs need hundreds of hours of public service training. Many of them are paired with veterans who survived traumatic experiences and are now suffering from serious security issues - scared to leave their own homes.

It's hard work, but Buddy seems to really enjoy the challenge. So, what's next?

“He'll start wearing a vest so he's no longer engaging in social contact with people while out and about,” Graham said. “It's just a ton of advanced obedience - getting his focus and ability to focus around distractions much higher than it is today.”

Buddy's progressing so quickly that Graham says he could start meeting potential new owners in the next month or two.

For more information on Shelter to Soldier, click here.