Nonprofit Shelter to Soldier trains rescue dogs to become service animals for veterans with PTSD. But sometimes things don't quite work out that way. 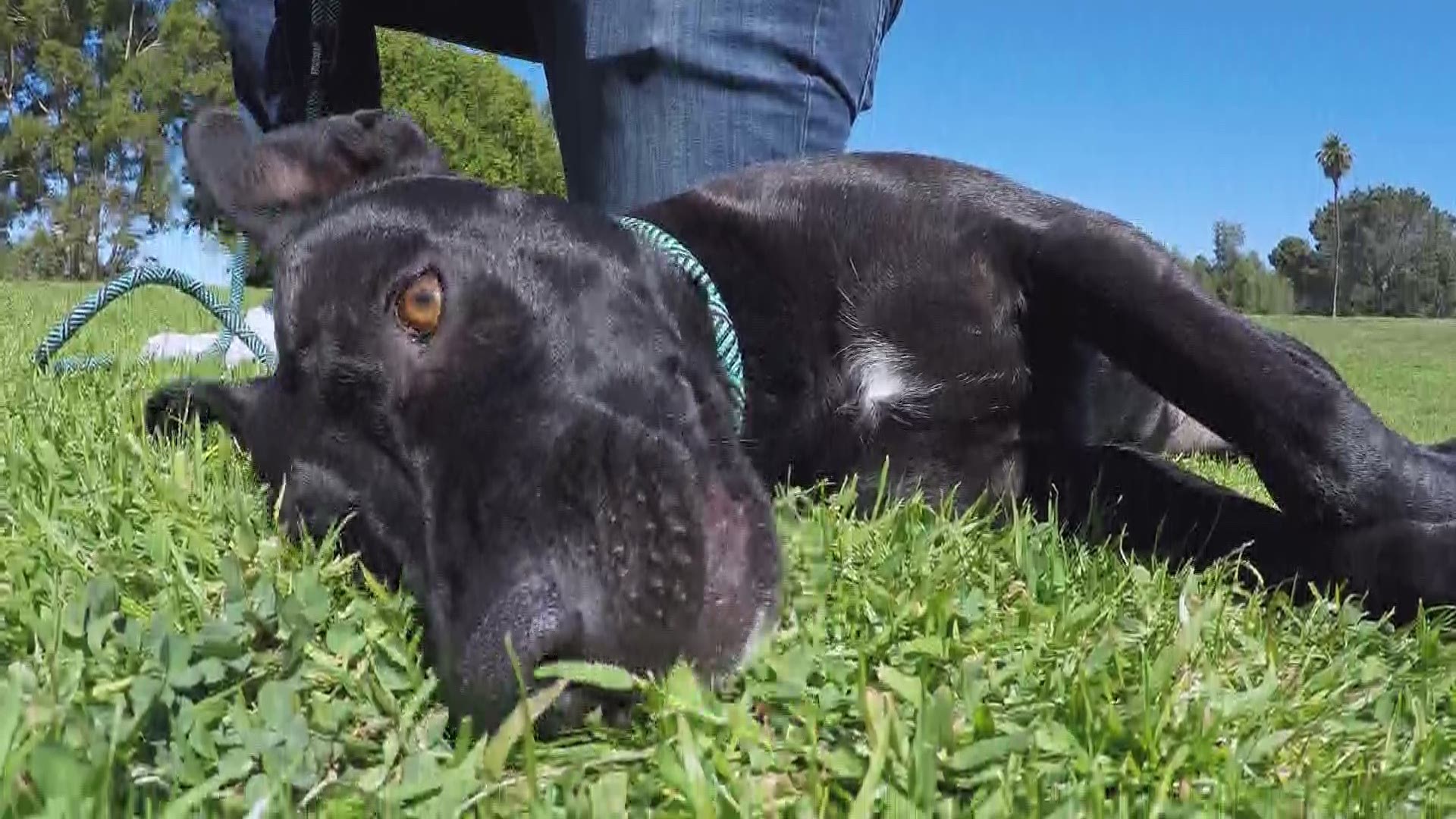 SAN DIEGO — Shelter to Soldier is a nonprofit located in North County San Diego that trains rescue dogs to become service animals for veterans suffering from PTSD. The organization is pretty good at picking out the right pets for their program, but sometimes things just don’t work out.

“We don’t like to call them failures,” says Shelter to Soldier’s director Graham Bloem.

“They’re going to serve a wonderful purpose of being someone’s best friend and companion. Just not at the service dog level," he said.

Graham introduced News 8 to some “career change” dogs. Sophia has a little too much energy. Pepper gets nervous around new surroundings.

“They're going on planes, trains and automobiles," Graham said. “They're all over town, at sporting events. So it's okay to have a moment in time where they're unsure of something - because that happens, but to be consistently worried or nervous - number one, they’re not going to perform well and, number two, they're not enjoying it. And we want our dogs to love their job and be pumped up and excited to do it every day."

In many cases, Shelter to Soldier’s clients don't ever want to leave their homes and consider suicide. But the security, support and unconditional love these service dogs provide drastically improves their lives.

So it makes Graham sad that every dog they train doesn't become a service dog. But those that don’t still get training to become an emotional support dog - or well-trained pet - for military families.

“While they're not becoming a service dog - they're still going to find someone that needs them and vice versa - and so it's still a happy ending at the end of the day," he said.

Graham says only about 15% of the dogs they accept into their program go through a “career change.”