Adam left the Marine Corps in 2014 without any physical injuries, but the emotional scars from what he witnessed ran deep. 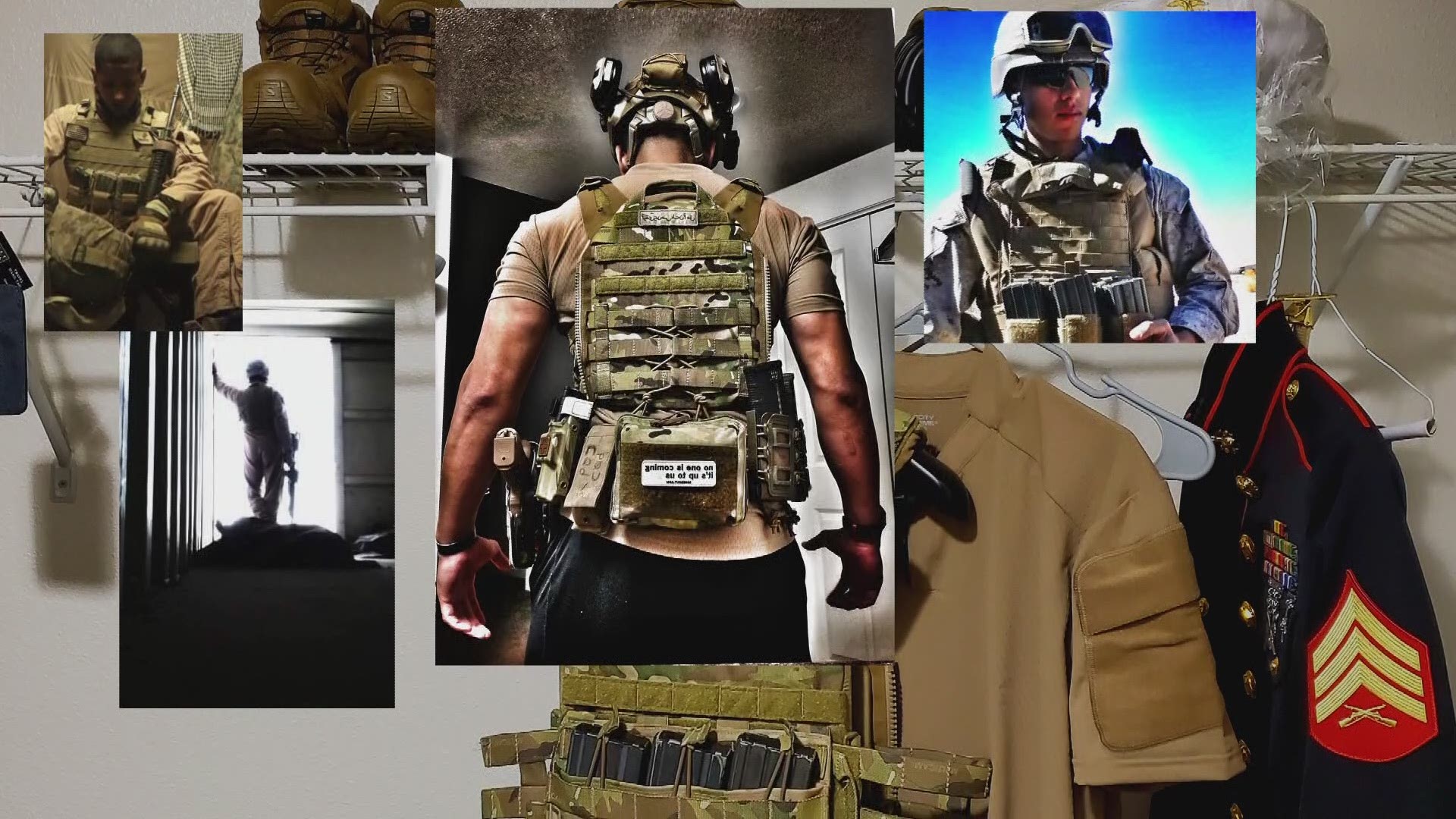 SAN DIEGO — “[I] joined the military right out of high school,” said Adam Cunningham. “It was my calling.”

The year was 2006. Adam, just 18 years old, enlisted in the Marine Corps. Four years later, he was in Afghanistan.

“We had a couple of instances that stuck with me. I was exposed to a lot of medical evacuations," Adam said.

Gunshot wounds, amputations, and in some cases - witnessing death.  Adam tried to not let it affect him.

“You know, at the time - still young and impressionable - [I thought] this is what I signed up to do," he said.

Adam left the Marine Corps in 2014 without any physical injuries, but the emotional scars from what he witnessed ran deep.

“I was too paralyzed to move forward in civilian life,” he said. “I couldn't go back in the military, so what do I do? I tried to commit suicide.”

Suffering nightmares, anxiety, and with no interest in being around people, Adam was suffering from PTSD. He knew he needed help, but didn't get it.

Instead, Adam traveled back to war zones - as a private military consultant. It didn't go well.

Once an outgoing child, Adam was now ordering groceries online just so he didn't have to see anyone.

“It felt like I was just floating in a black void… just by myself," he said.

Adam needed something to bash him out of his downward spiral, so who better - than a rescue dog named Bash - to do it.

On the suggestion of a friend, Adam sought out a service dog and the nonprofit Shelter to Soldier agreed to help. From the first minute he and Bash met, Adam knew his life was about to change for the better.

“He didn't jump. He didn't do anything crazy. He looked over at me, walked over, touched my hand with his snout, sniffed it, hopped up on the couch and snuggled under my arm and flipped over and looked up. I was like – him! It's got to be this dog," Adam said.

Adam and Bash started training together in March. They’ve only been on their own together for a month and a half, but Adam is already a completely different person.

“I feel a sense of - not ease - but a sense of I can do it. I can actually put my left foot in front of my right foot and get some momentum behind me, he said.”

Adam and Bash are now going on walks together around his neighborhood. They’re also going to the store, dog parks and even a San Diego Gulls game, where Adam was honored as the Military Hero of the Game.

Thanks to Bash, Adam is now smiling again and has hope for the future.

“I caught myself saying to my therapist the other day, ‘I want to start a family someday,’" he said. "That's kind of weird. You're thinking about years in the future... I don't know where it came from.”

Adam hopes other veterans suffering from PTSD will hear his story and consider getting a service dog.

“I can't imagine myself without him. I really can't," Adam said.