We're only a few weeks in to the new year, but SeaWorld wildlife teams have been very busy. They've already rescued dozens of sick sea lion pups up and down the San Diego coast. 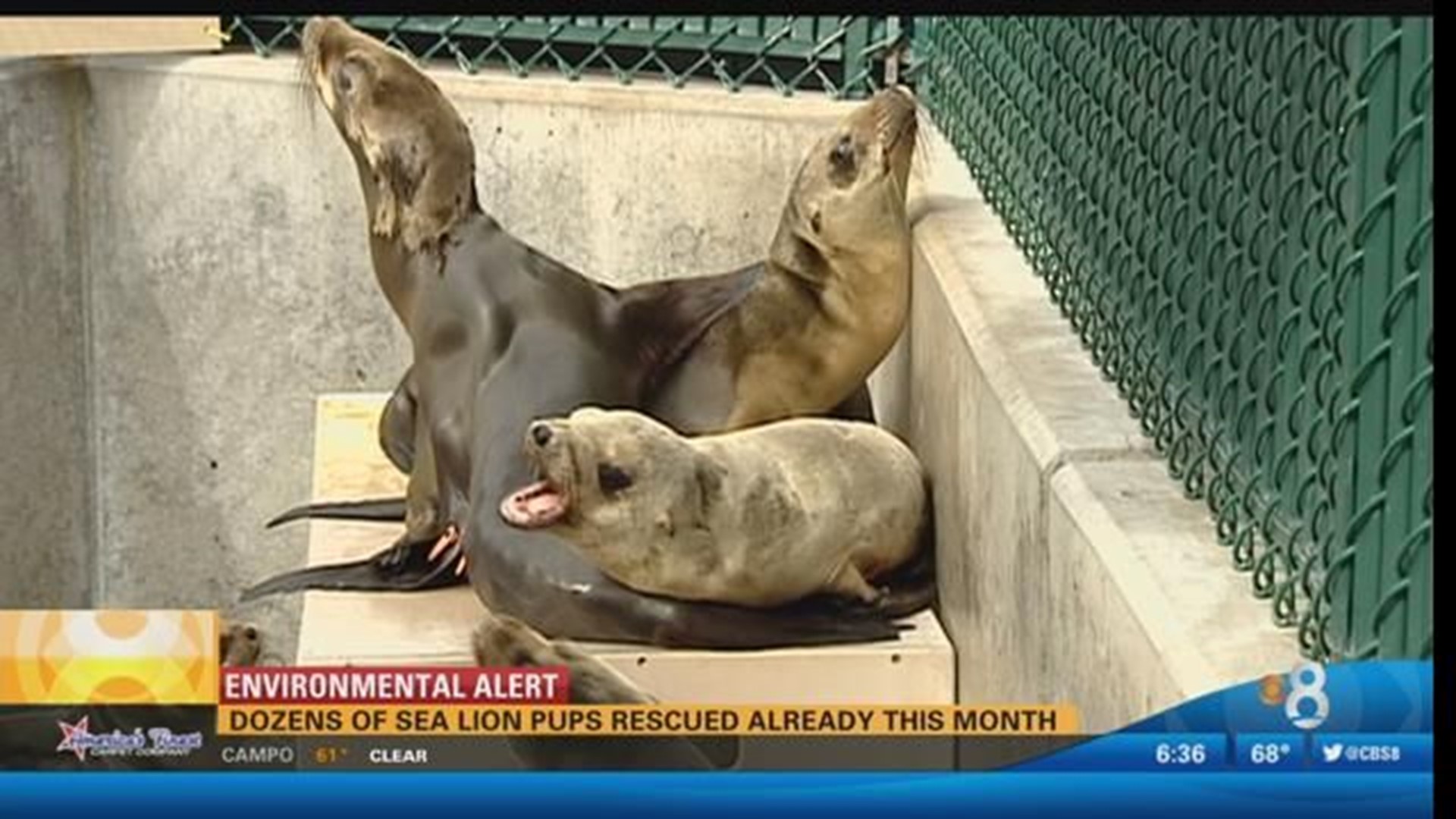 SAN DIEGO (CBS 8) - We're only a few weeks in to the new year, but SeaWorld wildlife teams have been very busy. They've already rescued dozens of sick sea lion pups up and down the San Diego coast.

It's a marine mammal mystery. Why are so many sick and starving California sea lion pups been found stranded on our local beaches, just since January 1?

"They are so emaciated, they really do look like walking skeletons," Jody Westberg of SeaWorld San Diego said.

So far, this new year, SeaWorld San Diego has rescued well over 60 mostly malnourished sea lions. It's an unprecedented number in such a short time, especially so early in the year.

"It doesn't seem to be slowing down. We're rescuing at least six sea lions a day currently," Westberg said.

"When these animals first come in, they are emaciated, they are lethargic. These animals are basically dying on our beaches," Dr. Hendrik Nollens of SeaWorld said.

The goal during these six to eight weeks is to get these sea lions healthy enough to feed on their own.

"Once they are competitively eating on their own and they've gained a good amount of weight and gotten a clean bill of health, it's time to return them to the wild," Westberg said.

"It's giving these incredible animals a helping hand, a second chance, getting them back out there and then to see them join the population is incredibly fulfilling," Nollens said.