Fewer than 120,000 acres of the original redwood forest still stands after the effects of commercial logging have wiped out this California staple. 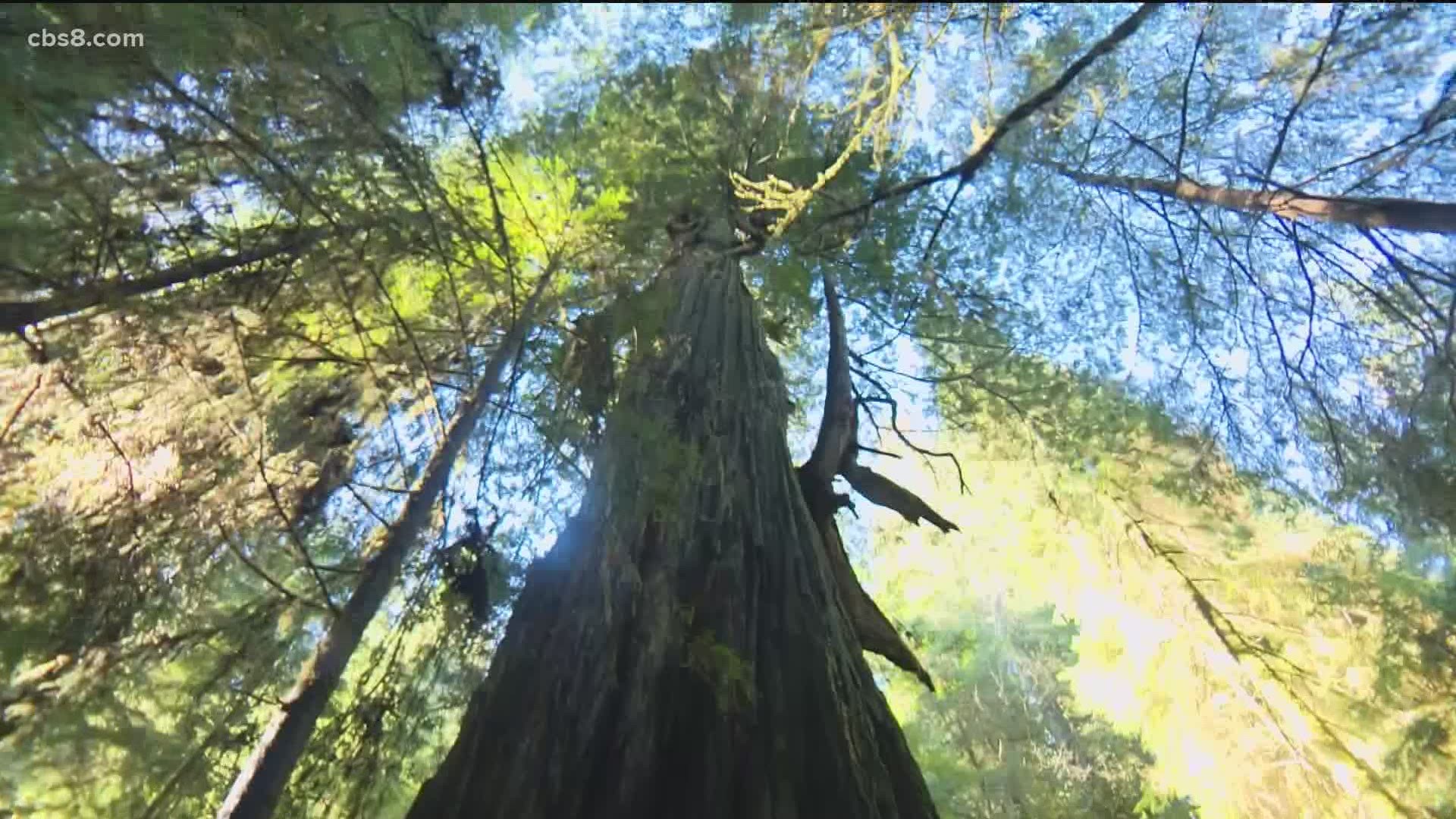 CALIFORNIA, USA — The Golden State offers a variety of views from the coastline to the greenery in our mountains. But a California staple, the iconic Redwoods, are in need of major restoration to keep our planet thriving and the ecosystem flowing.

Last Summer, Chief Meteorologist Karlene Chavis fulfilled a childhood dream of standing before the mighty Redwoods in Northern California. She was simply in awe of their stature, beauty and history. Chavis was saddened to learn that only 5% of the original ancient forest still stands. But, a new initiative called Redwoods Rising is looking to rebuild these California staples.

"The Redwoods are the most magnificent forest we have. Whenever I go out there, I am reminded of just how small I am, and just how constant nature is," said Richard Campbell, the Director of Restoration for the Save The Redwoods League overseeing this project.

Redwoods Rising is a newly formed collaboration with California State Parks, the National Park Service and the Save the Redwoods League. Their goal is to restore more than 70,000 acres of damaged forest in Northern California. Using techniques that include tree planting and road removal, these restoration efforts focus on two watersheds: Mill Creek, a tributary to the Smith River, and Prairie Creek, a tributary to Redwood Creek, to avoid negative impacts to the ecosystem.

"The forest won't recover the habitat that rare and imperiled species need to persist, need to survive," said Campbell. He also mentioned that the watersheds in the degraded forest will continue to degrade or continue to be unable to support the runs of salmon that used to be famous across the northwest.

Fewer than 120,000 acres of the original redwood forest still stand. The effects of commercial logging have wiped out this California staple. Without restoration efforts, this will result in dire consequences for the species living in it, and for us.

"It will mean that the forest won't be able to sequester and store the carbon from the atmosphere in the way that the ancient forest did," said Campbell.

The efforts to restore these state treasures is a joint one and Campbell details how everyone can get involved.

"Write to their elected officials and show their support for funding for public lands and for conservation, for restoration. They can go visit the parks. They can go see the Redwoods and see what they can be with a little care and a little love," he said.

He also emphasizes taking a closer look at conservation efforts in our own backyard.

He also expressed that the skills used to cut the forest are going to be used to bring it back to life.

"For forest thinning, which is removing some of the very small trees in the really young dense forest that have grown up after clear cuts and we've also been working to remove a lot of the abandoned logging roads that were created to log the forest before the land was protected as a park," said Campbell.

Naturally, the restoration efforts won't yield immediate results. Richard calls it the work of his lifetime.

For more information on Redwoods Rising or to get involved, visit SaveTheRedwoods.org.

WATCH: A Lakeside community comes together around jacaranda trees