As of 5 pm on Saturday, The Creek to Bay Clean Up reported over 13,000 pounds of trash was picked up. 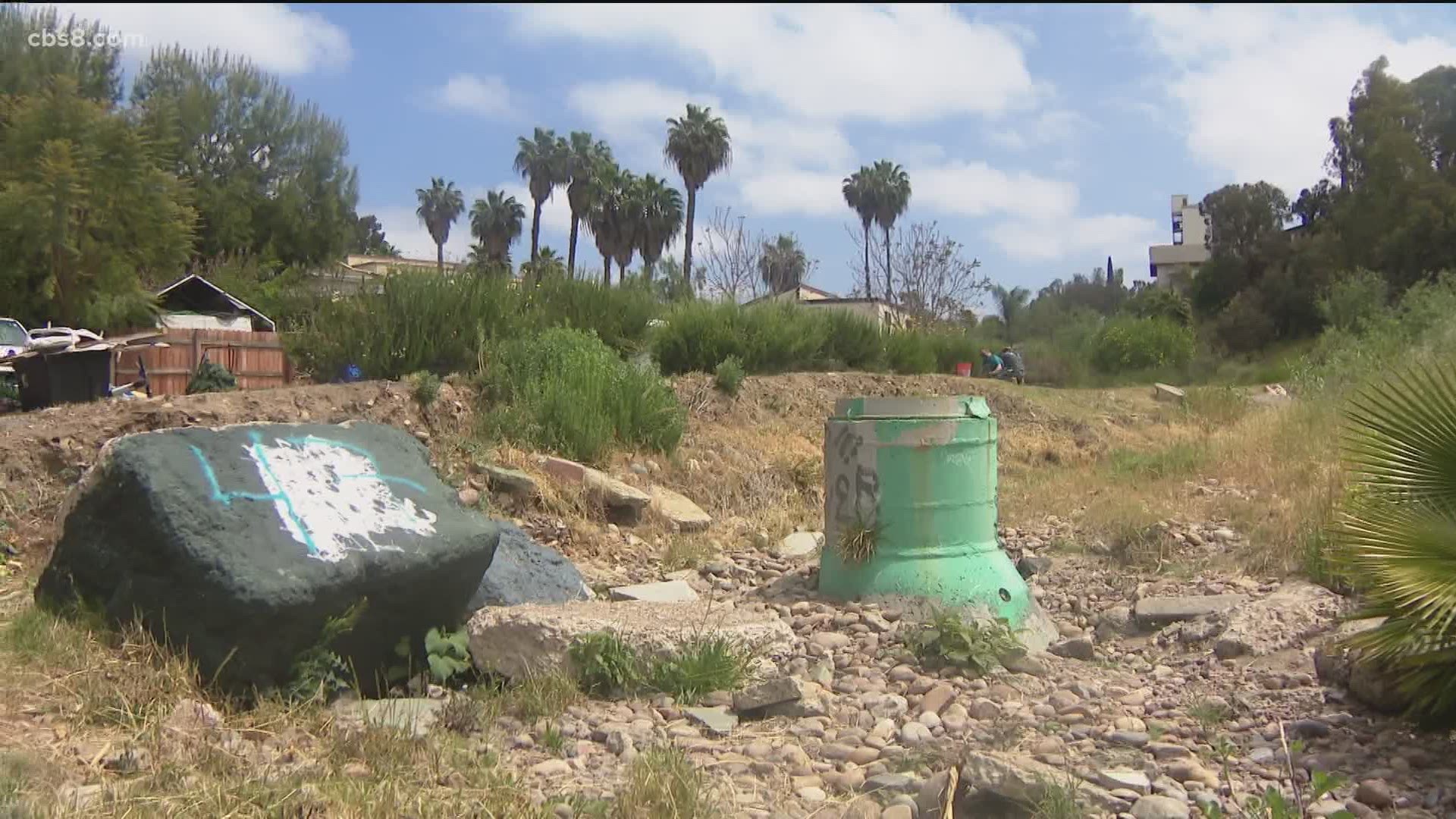 SAN DIEGO — It only took around three hours for a group from City Heights to clean up over 300 pounds of trash from a creek during I Love A Clean San Diego’s Creek to Bay Cleanup.

Sandwiched between apartment complexes in City Heights, lies a little patch of green called Auburn Creek. The rocky dry-creek bed is like many urban parks in San Diego, filled with garbage and litter from months of disregard. On Saturday, a band of heroes made it their mission to clean up their part of San Diego

One volunteer told News 8, “The group I started is just called superheroes, and if you show up you're doing your change in our community.”

Some of the stuff the group found thrown in the creek bed would not surprise you. They said they picked up everything from plastic pieces like lids to cups and wrappers to cardboard boxes.

They did say some of the items did in fact surprise them. One volunteer said, “Yeah, I found a toilet and a Christmas tree.” Another added that they found a chandelier. Included in the odd stuff that was found were beer bottles and a ton of clothes.

While a broken toilet isn’t a good thing to have as trash, the really harmful stuff are the little bits. Like thousands of styrofoam pellets that were thrown all over. One volunteer said, “So these probably came from a bean bag. These go into the storm drains and they go out into the ocean where they make their way into the wildlife.”

The Superheroes were among the groups who started at 8 a.m. on Saturday morning. They were among the 180 individual clean-ups that happened throughout San Diego County. As of 5 pm on Saturday, The Creek to Bay Clean Up reported over 13,000 pounds of trash was picked up.

Watch: Creek to Bay Cleanup being held on April 24