Does the drought help reduce ocean pollution across the South Bay?

Romina Schiess tests the water in multiple South Bay locations daily to determine if the bacteria level is safe enough to swim or surf in. 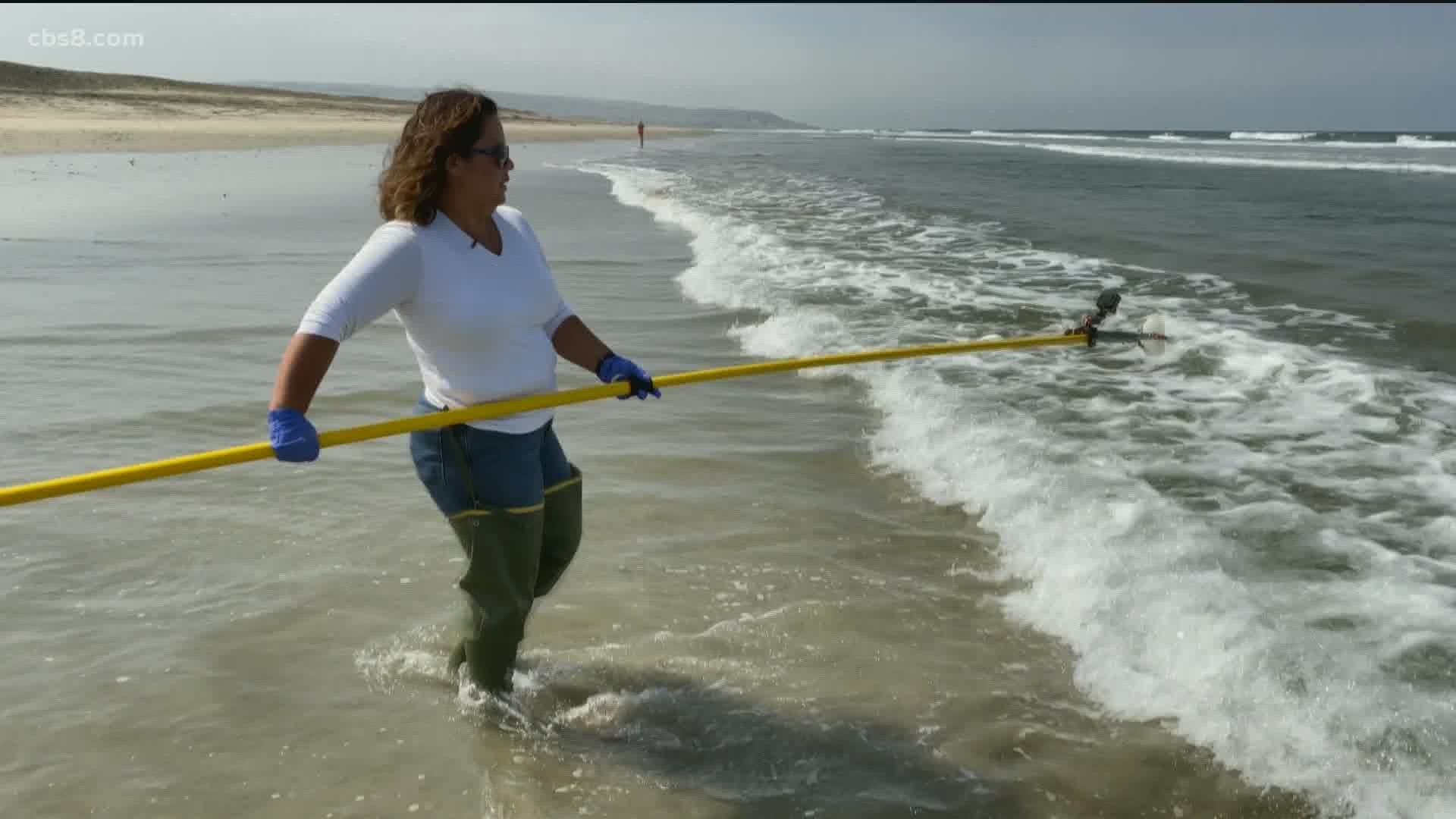 SAN DIEGO COUNTY, Calif. — With such little rain we’ve had, there has been much less rain runoff so News 8 visited the South Bay to see if the drought is providing some sort of silver lining when it comes to our ocean pollution.

She is in the South Bay daily, testing the waters. As part of her testing, she waits for the waves to scoop up a bottle full, “I put it in the baggie then I put it on ice so the bacteria stops growing. When I get it to the lab it’s the actual sample, the actual count,” she explains.

The area south of Seacoast Dr. is one of nine locations she tests, “I did [a test in] Border Field, the Tijuana River mouth, two in Imperial Beach, and I have this one north of IB, one in Silver Strand, one in Coronado.” She said she needs to find out if the water is safe for swimmers and surfers in the South Bay.

“My children surf, I swim, I like ocean swimming, and I feel like what I do impacts the daily lives of all San Diego County residents, at least all beachgoers. I’m really protecting your health and keeping you safe. So I love what I do.”

While we were with Romina in early July, she got a call from the lab reporting too much bacteria in the sample from the day prior. So Romina immediately alerted the lifeguards and anyone she saw to let them know of the beach closure and to stay out of the water, “we take a sample today, take it to the lab, they put it in a culture, and we read it the next day. So it’s about a 24-hour process.”

The rest of the county is monitored on a weekly basis.

Romina says despite the occasional south swell, bacteria levels have stayed fairly low for the summer, “the (Tijuana) river stopped flowing and my samples came back clear or clean… that runoff limits contamination into the beaches, so in a way it does help us, but I’d rather have the rain.”

Since there is a wastewater treatment plant south of the border, a south wind or a south swell can also send bacteria into the Imperial Beach area, “the environment does not recognize borders.”

That is why even when there’s no rain and no rain runoff, bacteria levels can still be dangerously high.

“I’m looking at ocean currents every day, water temperatures every day. What is the humidity doing? So you’re going to laugh but I come in every day (and ask) OK, what is my hair doing? Where is the wind coming from? All of that is going to impact my decision making.”

So even with a drought, we are still dealing with pollution because it’s a complicated problem. A problem that’s been going on for decades, that not even a lack of rain can fix. “It’s such a multi-layer problem not just environmentally, but socially, economically, and politically. I think the only way to solve it is by both countries really sitting down and figuring it out together.”

Because as much as she loves her job, Romina would also love not needing to sample this stretch of coastline daily, “I don’t want you to come to San Diego as a vacationer or be a resident and be getting sick from going into the water.”