The Mexican Grey Wolf is critically endangered and their genetic diversity is paramount to their survival. 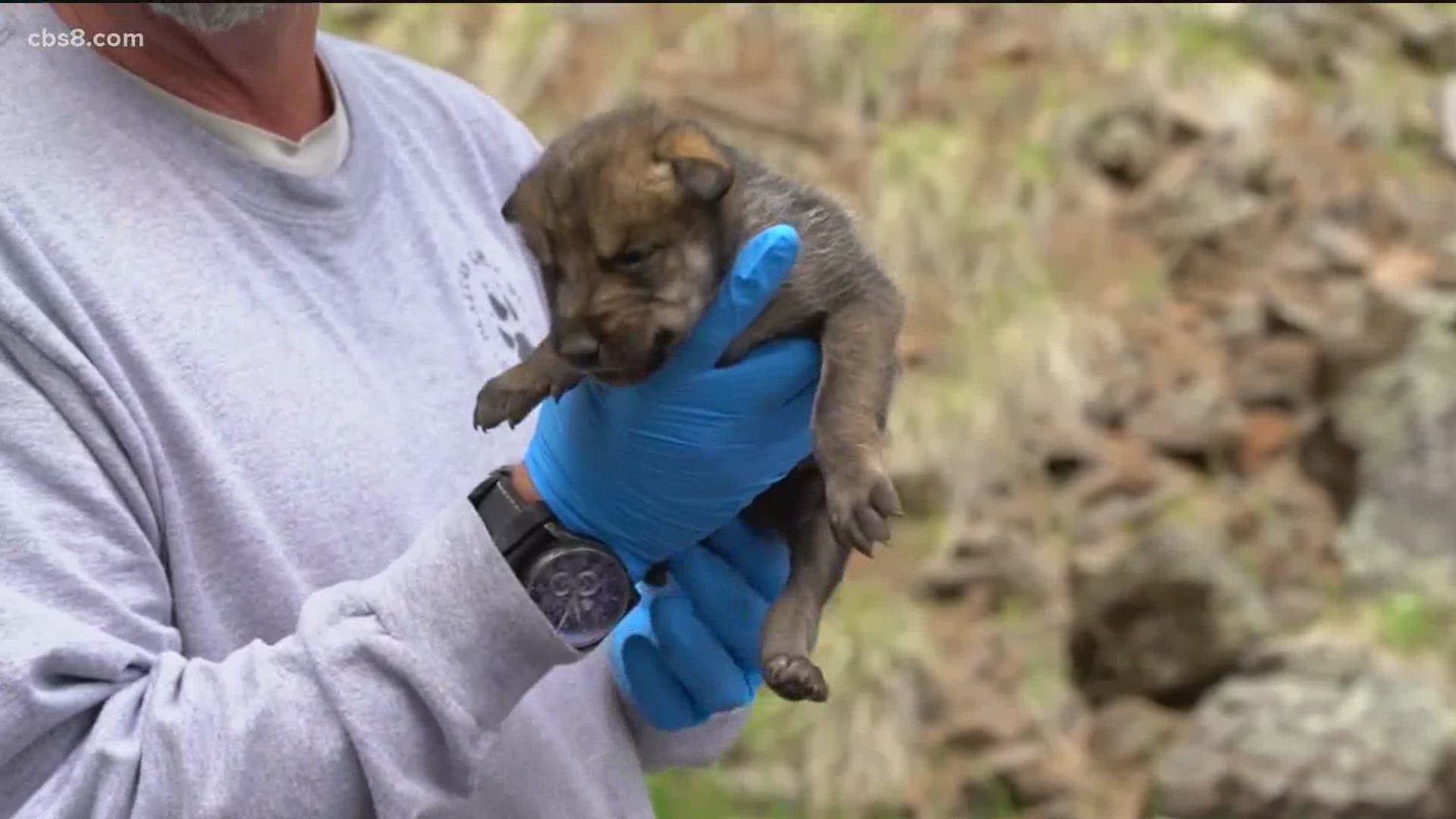 SAN DIEGO COUNTY, Calif. — The California Wolf Center has been around since 1977, and in that time it has had many successes.

Just a couple of weeks ago the center was able to do something it has never done before: take four pups that were born at the center and foster them into a wild den in Arizona.

"Knowing some of the pups that were born here, that we work so hard to care for, these wolves are out in the wild and have a chance to be wild wolves," said Michelle Carol, with the center.

The Mexican Grey Wolf is critically endangered and their genetic diversity is paramount to their survival.

"This breeding season we had one breeding pair, Freida and Phoenix and they gave birth to eight puppies," said Carol.

That was two weeks ago, and at the same time in the wild, another litter of pups was born.

"Four of those puppies actually had the chance at 14 days old to be fostered out into a wild wolf pack," said Carol.

This is called cross-fostering and part of the survival plan with U.S. Fish and Wildlife and Arizona Fish and Game.

"That's really critical to mixing genetics of the subspecies because they were down to seven unrelated individuals in the late '70s," said Carol.

"Your more healthy individuals, more resistant to diseases, that is vital to any species including humans," said Carol.

In the wild there 50% mortality rate so pups were removed from Frieda's large litter.

"Eight puppies is a lot to handle. I'm sure she's happy just having to handle four," said Carol.

The fostering of the pups takes less than 24 hours, and has had a 100% success rate.

The way they help the new pups integrate is they use the den substrate and rub it on the pups. If there's milk on the faces of the other pups they'll rub it on the faces so it looks like they've been nursing. To make this happen the captive breeding and wild team are in constant communication.

"We want to make sure the litters are born really close together so they're the same age, usually within a week of each other," said Carol.

To give the public more access the Wolf Center now has a visitors center in downtown Julian.

"It can be challenging for people to find us out here in Julian so having that downtown presents allows us to reach a wider audience," said Carol.

With only 163 Mexican Grey Wolves in the wild cross-fostering is key to their survival.

"We don't know what the future holds for these pups but we hope it's wild," said Carol.