Wildlife experts are conducting a series of blood tests on the historic bird. 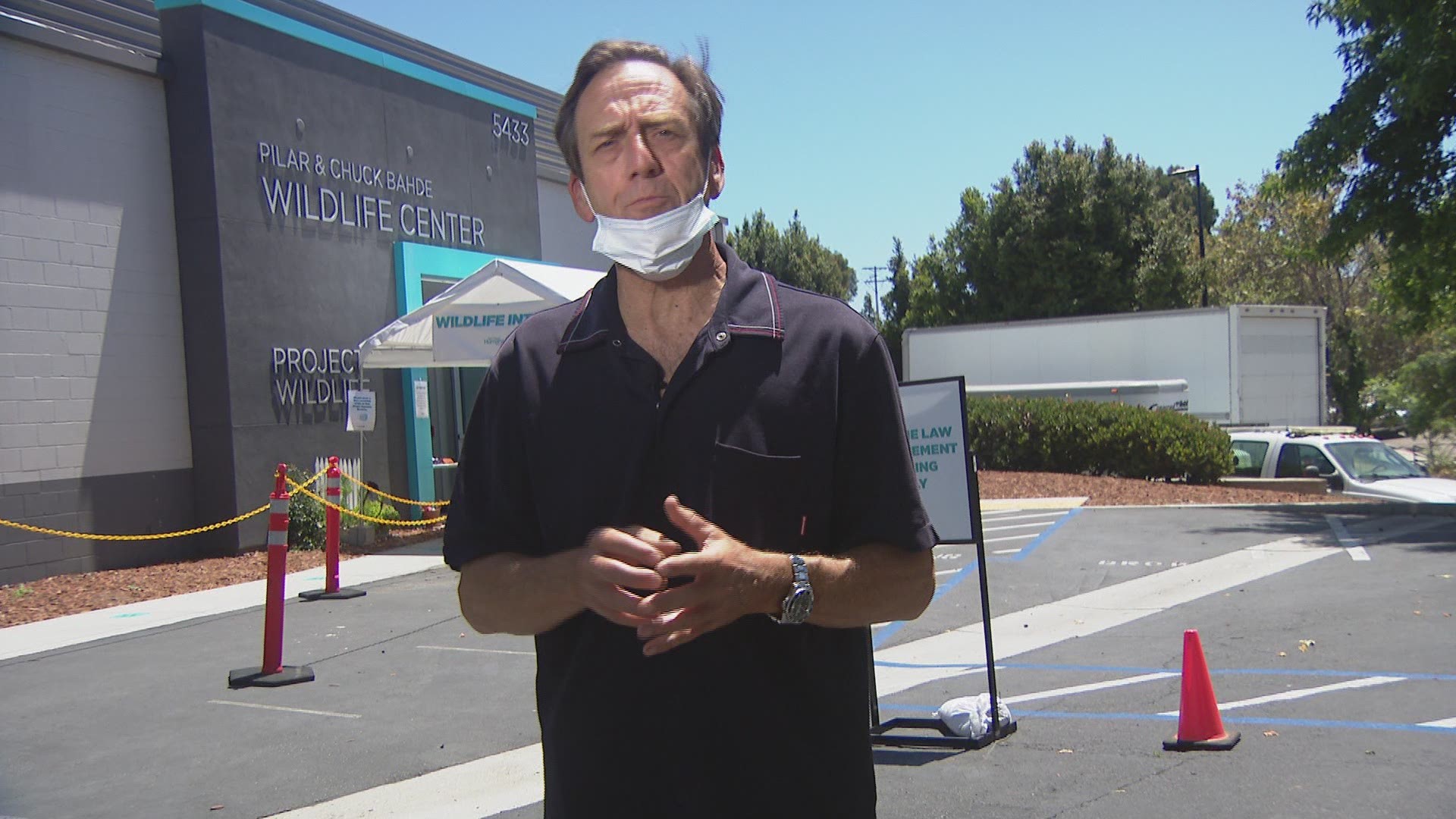 Dr. Enyart is the director of wildlife care for Project Wildlife.

"On examination, the bird was dehydrated and weak overall," said Enyart.

The bald eagle was one of two fledglings that were brought to Project Wildlife on Saturday, July 4. The other was healthy enough to fly away.

"While he's been in our care, we've done a fair amount of supportive care," said Enyart. "He needed nutrition. He needed food to give him energy. We gave him fluids to get him hydrated again."

Enyart's staff started to do a series of blood tests to figure out what was making the eagle sick.

As of Monday evening, the bald eagle was in intensive care getting supplemental oxygen - basically twice as much as normal and taking in some food.

"After receiving fluids and food, he's feeling better," said Enyart. "Just like any of us would, you're going to have a spike in your energy."

With that, Enyart said the biggest concern is respiratory.

"He's not breathing appropriately, so something is going on with him that's leading to the trouble breathing," he said.

That's where the blood work will answer the questions. Stabilizing the eagle is key.

"The next five to seven days [are] going to be the most important to see what's going to happen," said Enyart.

The goal is to reunite the bald eagle with its parents.

"I'm hopeful," said Enyart. "I'm cautiously optimistic that the prognosis has not changed."

RELATED: Bald Eagles can be found at Lake Hodges