During the day, the algae bloom can cause the ocean to appear with a red or brown tint, but at night, when agitated, it can create a blue bioluminescence. 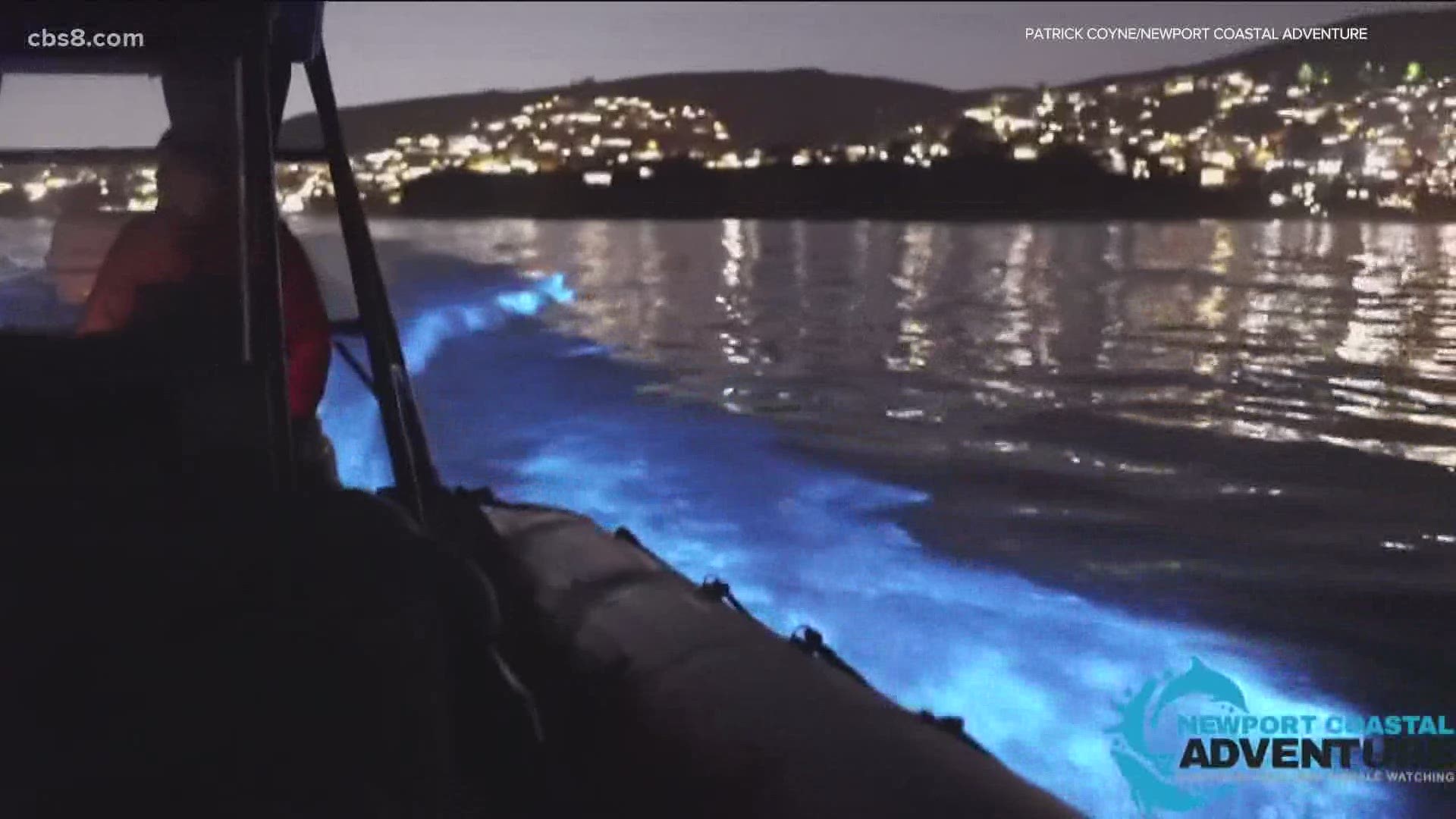 During the day, the algae bloom can cause the ocean to appear with a red or brown tint, but at night, when agitated, it can create a blue bioluminescence.

“That term, red tide, can be conflated with harmful algae. But really it just means that the water is colored red because a lot of the phytoplankton in the water,” said Clarissa Anderson, Executive Director of Southern California Coastal Ocean Observing System.

“When you go to the beach, you see it in the waves or you see that amazing video of dolphins cutting through the water and stimulating the bioluminescence. That's another example of how that shear creates that chemical reaction,” explained Anderson. “We see it in the water quite frequently, but we don't always see these major bioluminescent events.”

The red tide in Southern California is not considered harmful to humans and its presence was not affected by the recent stay-at-home orders that closed beaches.

Beaches in the City of San Diego were reopened Monday at sunrise.

Many surfers found the red tide made it difficult to see underwater and made the water gritty.

“Hard to see beyond a few inches in the water,” said Daniel Holst after surfing. “It’s kind of reminded me like river water after heavy rain. It was murky. I walked to the beach and thought it’d be smelly, but it smelled fine.”