After 22 years, Laguna Mountains Skipper Butterfly to be reintroduced to native habitat

More than 200 chrysalis are raised for strategic placement by U.S. Fish and Wildlife. 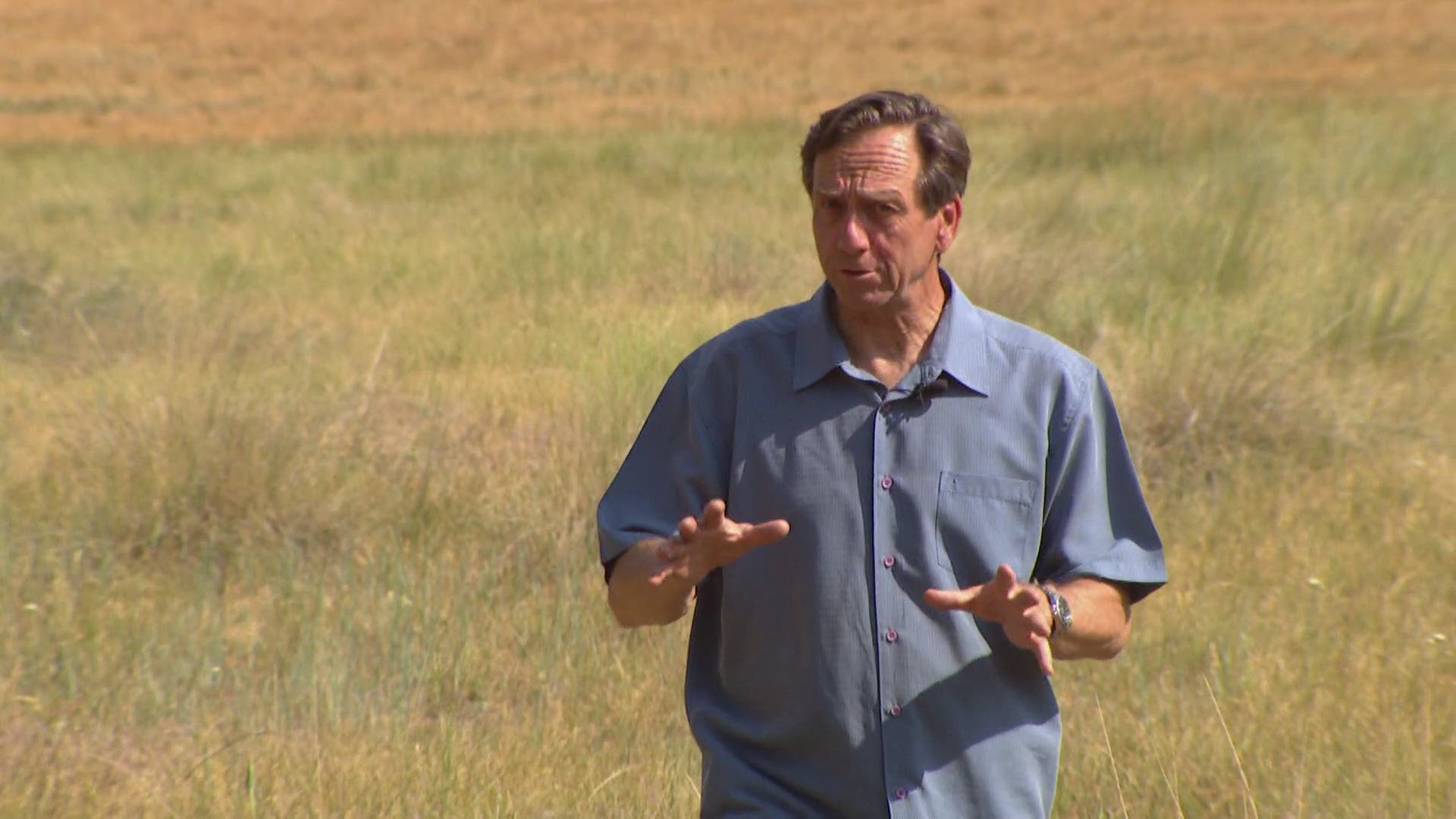 SAN DIEGO — The last time the Laguna Mountains Skipper Butterfly was seen on Mount Laguna was in a meadow in 1999 and now the only place it can be found is on Palomar Mountain. Since they can't fly very far, they can't come back to their native habitat, but all of that is about to change as the Laguna Mountains Skipper Butterfly is going to be reintroduced to gorgeous mountain meadows.

Entomologist Allison Williams Anderson is with U.S. Fish and Wildlife and she showed us to where the Skipper Butterfly will be placed on Laguna Moutain.

"The only good thing about this site is there is not a lot of public access. We can't take it off the endangered species list until we recover it and one of the criteria that we have in our recovery plan is to have it here. It's not the typical butterfly you would think of like a Monarch it folds its wings back in a unique way not flat like a moth and not straight up like a butterfly," said Anderson.

The Laguna Mountains Skipper Butterfly was last seen on the mountain in 1999, which was the year Anderson was hired.

"I was hired here in the fall. They were last seen in the spring. I never got a chance to see them here. I have seen them on Palomar Mountain though," explained Anderson.

"The adults will come here, and the adult female butterflies will lay eggs on the host plant which is the plant that the caterpillars eat in the lab. We know that it can't make it to the Laguna Mountains, for which it was named, on its own and we need to give it a little bit of help," said Paige Howorth the Curator of Invertebrates at the San Diego Zoo. "It's been such a long haul to get kind of where we are now and so to be able to finally you know participate in a release in the Laguna Mountains is really exciting."

More than 200 chrysalis are raised for strategic placement by U.S. Fish and Wildlife.

Horkelia is what skipper caterpillars eat and the U.S Forest service has made sure there's plenty in the Laguna meadows, Jeff Heyes

"We have been very carefully managing the habitat of the Laguna Mountains Skipper Butterfly on Mount Laguna even though the species wasn't here. So that we have that possibility to reintroduce them at a later time and their habitat is still intact," said Jeff Heyes with the the U.S Forest Service.

So, even though the skipper hasn't been seen on Laguna Mountains for 22 years, its original home is ready for its historic re-introduction. The collaboration has been incredible - government agencies, the San Diego Zoo and private landowners collaborated to get to this point. The caterpillars are ready to be placed in the meadows and I was lucky enough to be invited. Placed throughout the meadow, near plenty of Horkelia, the chrysalis will overwinter in their protected habitats.