Why palm trees are dying in San Diego County

The South American palm weevil is infesting trees in the San Diego area. 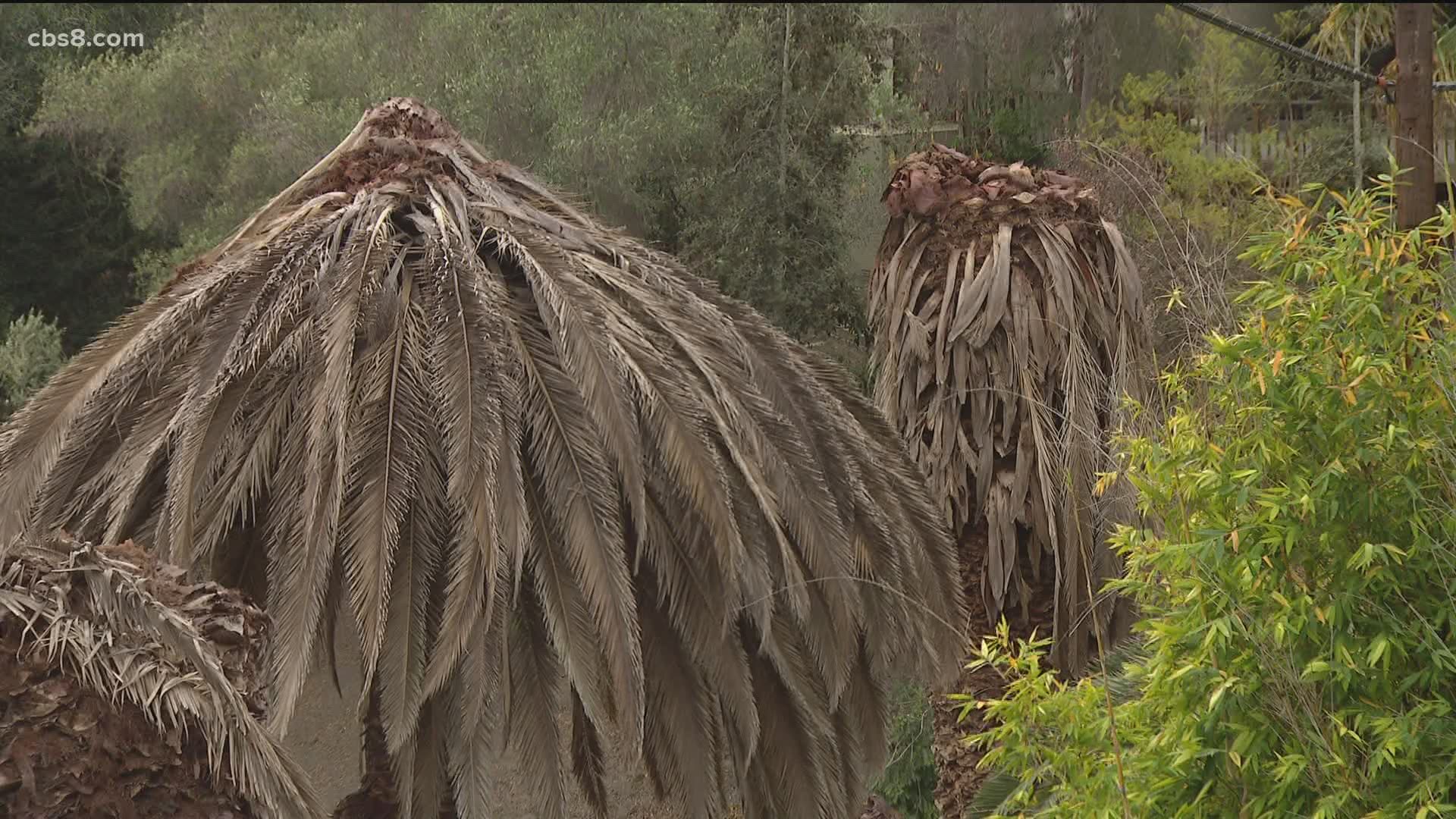 "It's estimated that 10,000 palms have been killed by the South American palm weevil," said Mark Hoddle.

Hoddle is with UC Riverside. He described how the weevils attack.

"These long nose weevils use it to drill holes and then lay their eggs in the tunnel," said Hoddle.

The creatures first arrived in San Diego in 2011. The infestation has proven devastating in the Sweetwater Reservoir.

"There's got to be thousands of naturalized canary island palms in there and the weevils have killed almost 50%," said Hoddle.

The difference between a healthy and infected palm is easy to spot.

"When the weevil gets in there the fronds are upright, then they'll tilt and collapse, it will turn brown, and the fronds will fall out," said Hoddle.

Hoddle said the weevils are on the march.

"It's an accelerating problem," he said. "There's so much food and we are having a mild winter this year."

There are ways to protect your palms, but it's a big job.

It's not a one time fix.

"Once they begin these programs, you're going to have to keep it up or it's going to provide a window for the weevil to comeback," said Hoddle.