As the red tide filled Batiquitos Lagoon it used up all the oxygen in the water and residents noticed that the fish were no longer swimming in the water. 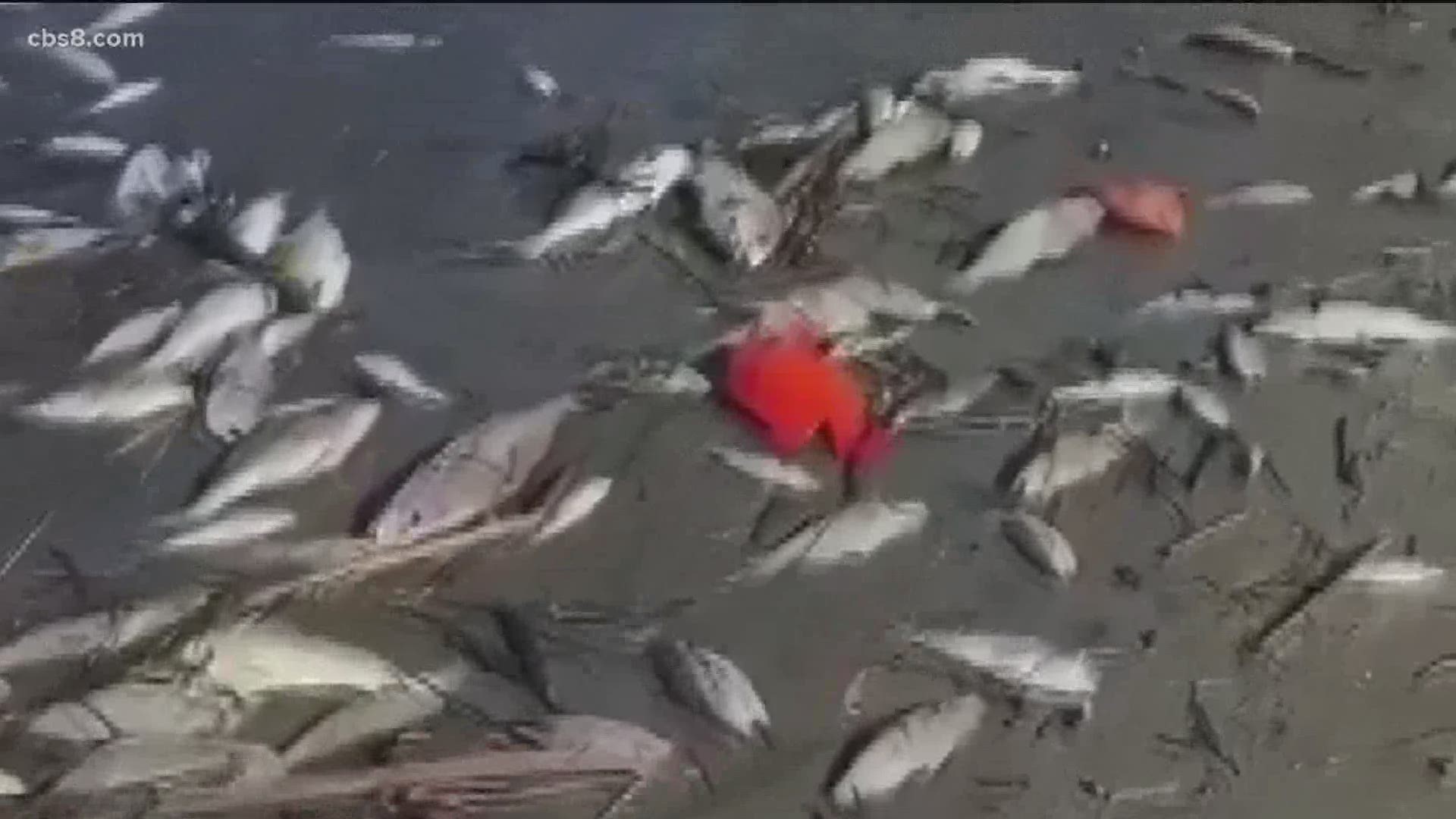 The red tide has made for a spectacular light show along the San Diego coast but now fish are dying in the lagoons of North County.

“We started seeing dead fish along the shoreline starting Friday and by Saturday the stench had begun,” he said.

Last week, before the algae bloom started killing fish, it was creating a beautiful light show.

“As the fish were swimming through the water you could see the bigger fish chasing the smaller fish all across the lagoon and you would get burst of light,” Agnew said.

As the red tide continued to fill the lagoon it used up all the oxygen in the water and Agnew noticed that the fish were no longer swimming in the water.

“The next couple nights you could see nothing, nothing was happening in the lagoon, he said.”

By Saturday, the smell of rotting fish and algae filled the air.

“We open the door that Saturday morning and were overwhelmed by the smell,” said Agnew. “We had to shut all the doors and windows in our house.”

Along the entire San Diego coastline, the smell has been causing problems for San Diego Gas & Electric. People have called them saying that they smelled gas, but it turns out it’s just the red tide.

Along the shoreline the died-off fish smell has been overwhelming.

“There have been thousands of fish rotting on the shoreline. Garibaldi, spotted seabass, perch and other species that I don’t know of. It has been a broad kill off,” Agnew said.

He spoke with a scientist about the bloom and why the fish might be dying.

”The massive bloom from the red tide has consumed all the dissolved oxygen in the water. With no oxygen, the fish can’t breathe, and they die,” said Agnew.

In the east part of the lagoons, the die off is even worse. News 8 was sent images from Instagram account @roots760 showing the massive kill and the shoreline littered with rotting fish.

“I don’t recall it going anaerobic like this and seeing the die off we’re having right now,” he said. “It was nowhere near this bad.”

Agnew hopes the red tide subsides over the next couple days so more fish don’t wash up on the beach and that the air can be more breathable.