Researchers find new species of seaweed killing large patches of coral, spreading across one of most remote ocean environments

A new study said the seaweed is spreading quicker than anything seen before in the Northwestern Hawaiian islands. 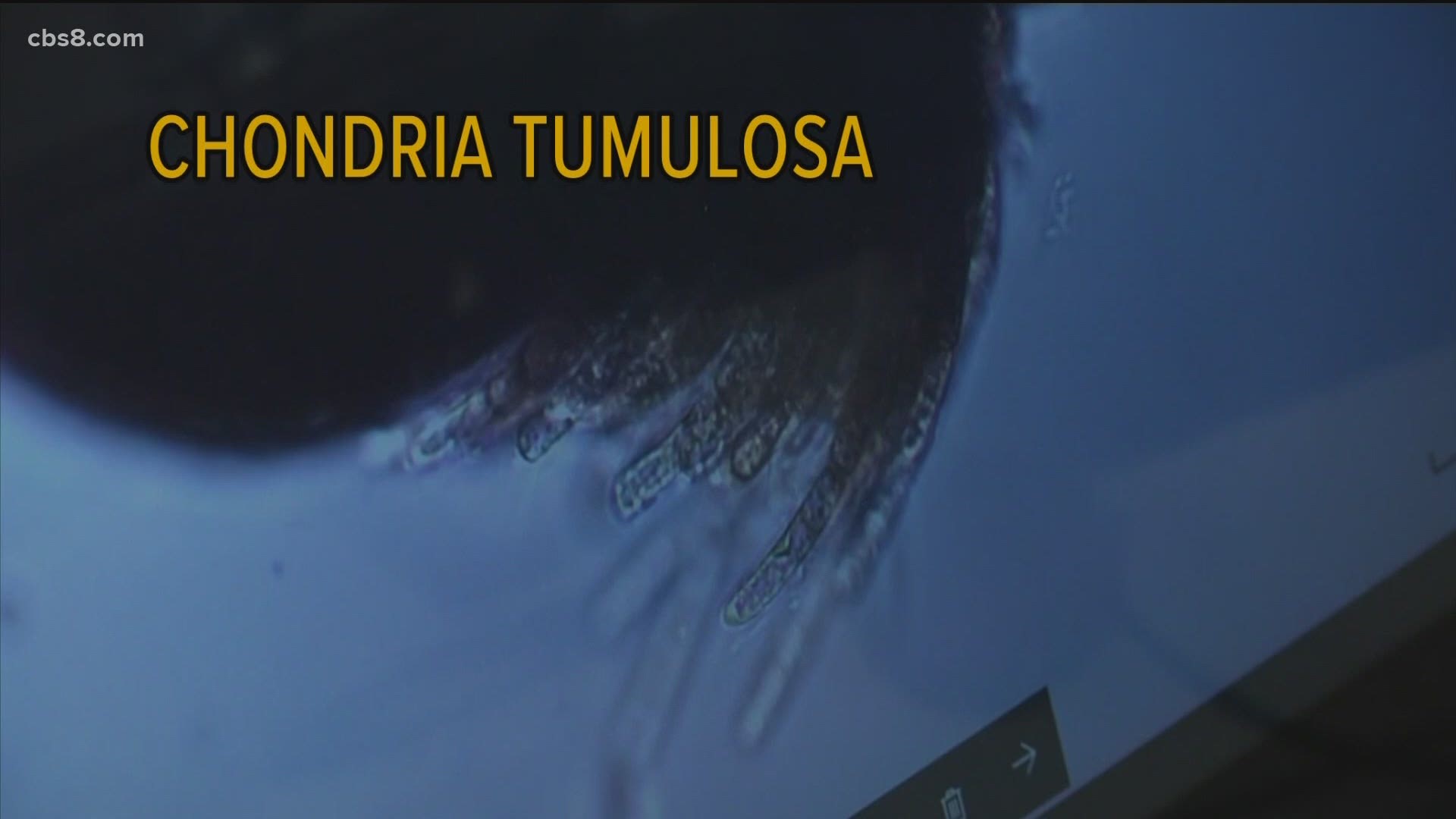 There is a threat lurking in the ocean, but it is not a shark.

It is a type of seaweed.

"It is a red seaweed, never been found before. Its name is Chondria Tumulosa," said Jennifer Smith, coral reef expert at Scripps Institution of Oceanography.

The seaweed is killing large patches of coral in a remote and protected marine environment in Hawai'i and it is rapidly spreading.

"I think what makes this really concerning is that it's very rare. It's very alarming to find that there's something that's behaving like an invasive species. That's rare, you don't typically find something coming into an environment and causing this level of alarm and simply not knowing what it is and where it might have come from," said Alison Sherwood, seaweed study chief scientist, from the University of Hawai'i.

A study from the University of Hawai'i said the seaweed is destroying a nature reserve that stretches more than 1,300 miles north of the main Hawaiian islands.  Researchers first spotted the algae during a routine survey back in 2016. Last summer, they returned to find algae had taken over huge areas of the reef.

"All of the sudden, it was at this abundance that was very alarming, overtaking large parts of the reef at pearl and Hermes atoll," said Sherwood.

Scientists said individual mats of the seaweed were as big as several soccer fields and could threaten the entire Hawaiian archipelago if they spread.

"At this point in time, it's not concerning to me for San Diego's point of view. This is a tropical species, so it is likely not to be successful in California," said Smith.

Researches simply do not know much about it, where it might have come from or how to manage it yet. If something like this got back to the main Hawaiian islands, it would be a ecological and economic disaster.