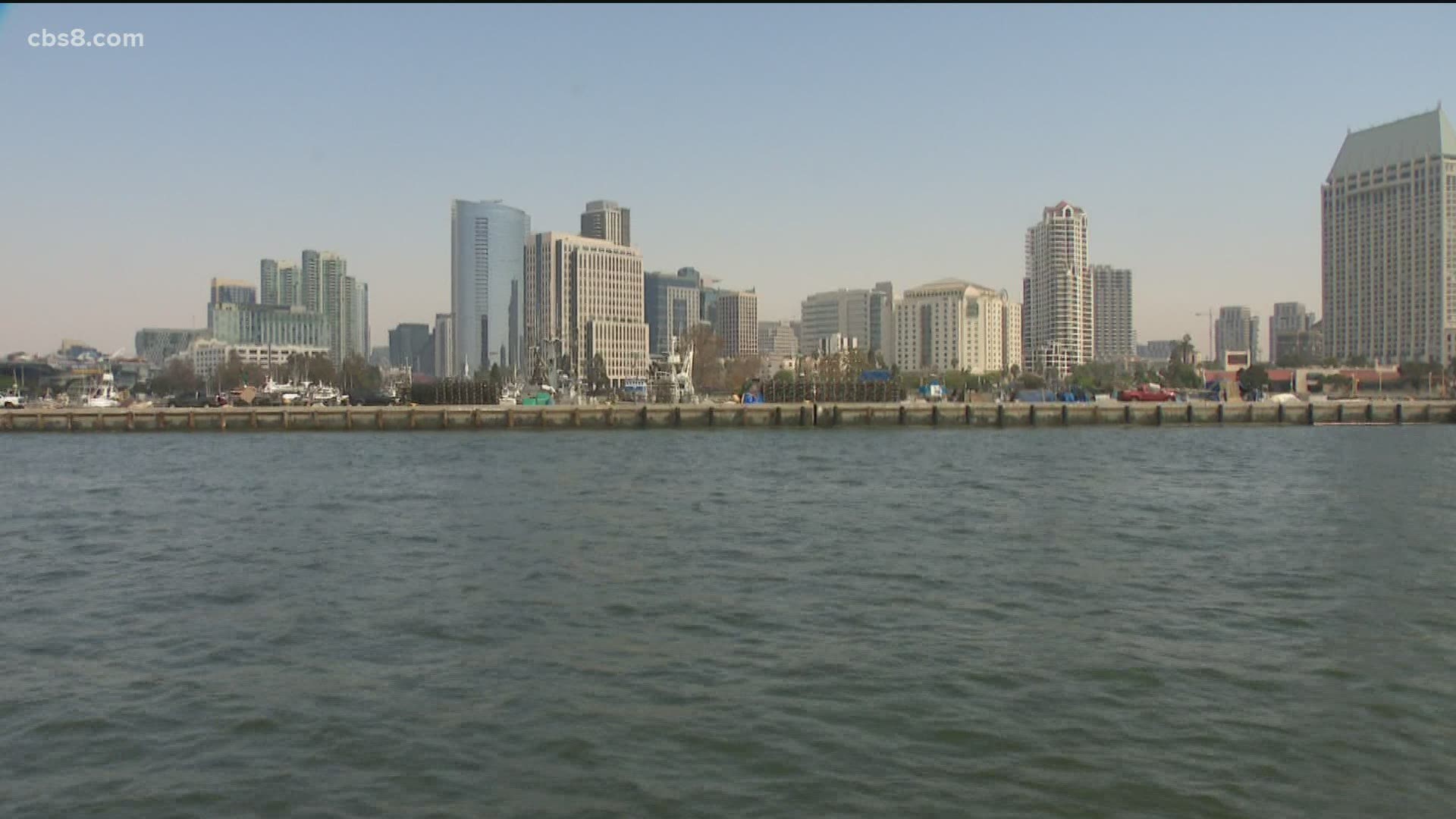 "When it comes to air quality, we might be America's Finest City for some of our communities but not for all," said Fletcher. "We have to care about the air quality for every neighborhood."

One of the most impacted is Barrio Logan.

"[Barrio Logan is] in the 93rd percentile of the dirtiest air in California," Fletcher said.

But less than 10 miles away in La Jolla that is not the case.

"These communities overburdened by air pollution are because of their location," Flores added. "They are low income, communities of color that are suffering from this poor air quality."

However, changes are being made to create air equality

"We do that at the Air Resources Board by our advance clean air trucks. We do that with ships. While ships are at the docks, they're cleaner while they are here," Fletcher said.

And environmental justice is the driving force.

"Environmental justice is a right of every person and community to live, work, and play in a clean and healthy environment," Flores said.

"Because we're never going to be one city or one as a region when we have such a tremendous imbalance in the air that you breathe," Fletcher added.

Oct. 7 marked Clean Air Day and San Diego's air is not where it should be.

"As we look at the situation we face, it really needs to be a call to action and not a celebration," Fletcher said. "We have some of the dirtiest air right here in San Diego."

But doesn't mean shutting down industry.

"You can have a healthy economy and do it responsibly. It does require things differently than how we've done things," said Fletcher.

On the positive side of things, these officials is Assembly Bill 423.

"That will provide for other voices of other communities because we are all going to benefit," Flores said.

"'I'm an idealist without illusions,'" he said. "So I am idealistic that we in America, a country as wealthy as ours, can make the air clear and clean."

Editor's note: A previous version of this story incorrectly identified David Flores by another name. We regret the error.

Thank you @CBS8 & @ShawnNews8 for taking an interest in @CleanAirDay and exploring what needs to happen in SD to improve air quality. We'll be featured with David Flores of @EHCSanDiego during the 4 pm and 10 pm on @CBS8 and during the 10 pm news on @thecwsandiego. Tune in! pic.twitter.com/32OwIKa6Rx