These are four California hot spots that researchers have noted. 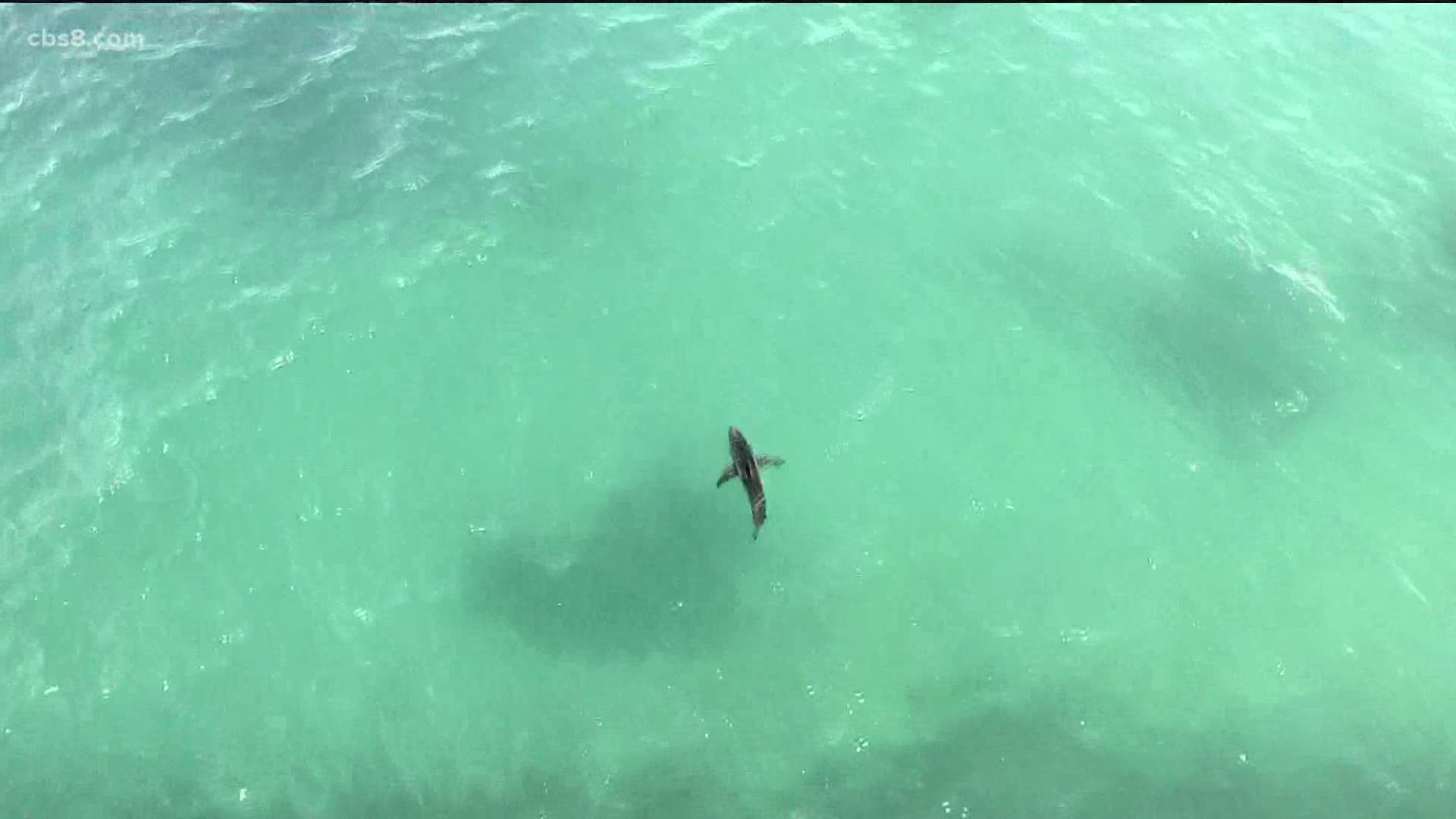 CALIFORNIA, USA — The ocean is a wild place and that means wild things live there, like great white sharks. This time of year, there is an abundance of juvenile great white sharks near shore and researchers are trying to figure out why. Scientists are using all the tools that are available to them, including drones.

"People should remember we're in the thick of shark season. This the peak of the season. Be careful when these are out in the water," said Chris Lowe, a Professor of Marine Biology at Cal State Long Beach. "They hang out along our beaches and use that habitat as a nursery."

Lowe said the juvenile great whites do so because it's a safe place from large predators.

"The other reason is there's lots of easy-to-catch food and their favorite is stingrays," said Lowe.

Researchers are trying to understand why the juvenile whites can be found along the Southern California coastline. There seems to be four hot spots.

This summer, lifeguards have made sightings off Imperial Beach and Coronado, but because of military restrictions, the research has been limited, so most of the work has been done in the North County.

"We've done quite a bit tagging off Solana Beach and Del Mar," said Lowe. "Some will stick around for a couple of days or a week while others are passing through."

Because very little is known about great whites, Lowe and his team are gathering as much information as possible.

"So we're tagging [and] tracking," said Lowe. "We're using drones [and] underwater robots. We're collecting DNA to see where the sharks disperse along the coastline."

So even though it may seem like there an abundance of sharks in the water, the numbers are in our favor.

"Statistically, considering how many people are in the water year-round and in and amongst the sharks all the time, the rate of incidents where a shark bites a person is very very low," said Lowe.