Researchers at Scripps Institution of Oceanography have been studying San Diego's marine layer and other clouds over time to better predict warming of the Earth. 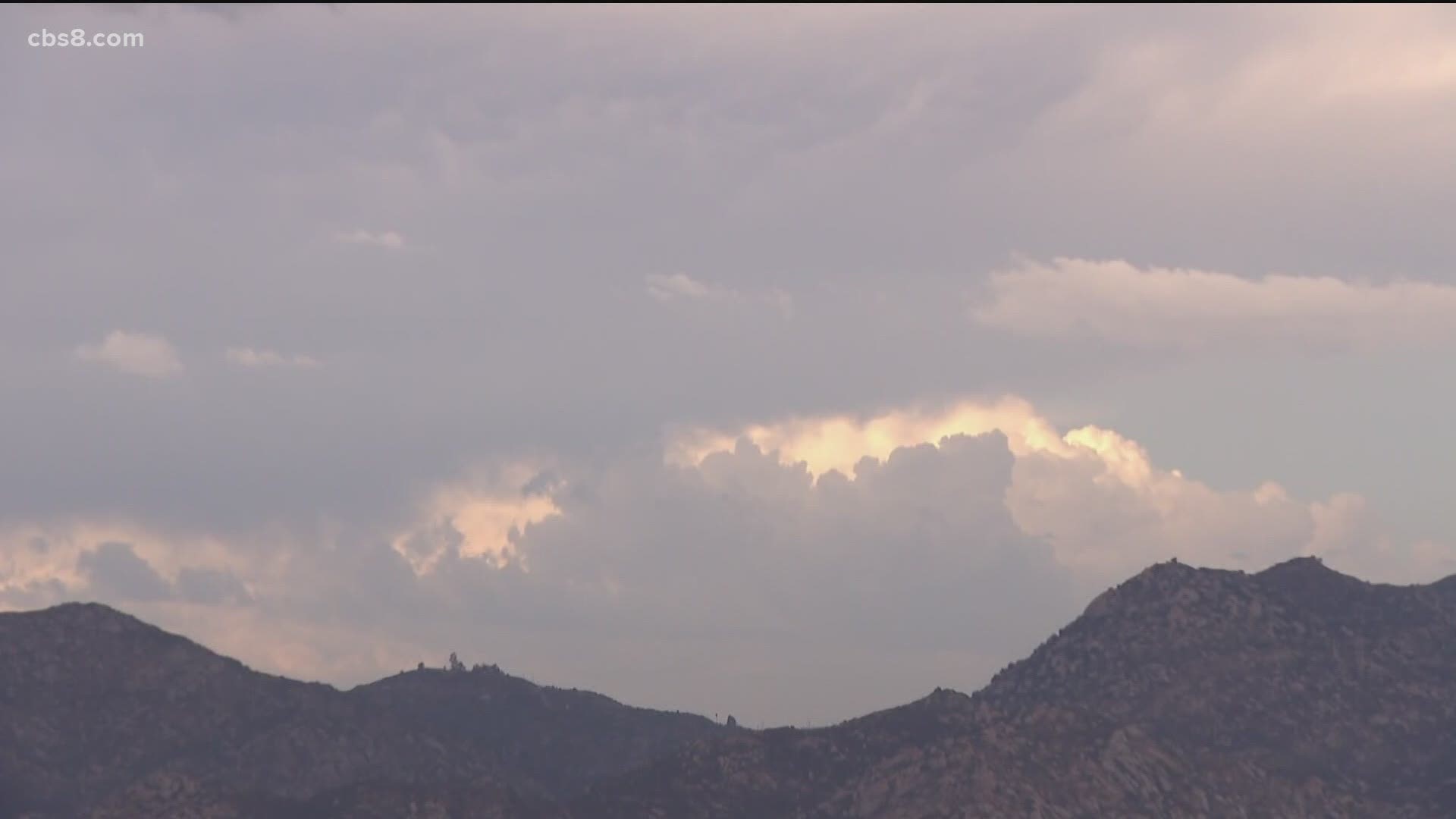 SAN DIEGO — Looking at satellite images of local clouds shows how the marine layer across San Diego has a huge impact on the region's weather. Sometimes it can determine whether we heat up quickly or later in the afternoons, but it can also determine warming on a global scale.

Researchers at Scripps Institution of Oceanography have been studying San Diego's marine layer and other clouds over time to better predict warming of the earth.

A NASA simulation shows clouds over the earth and while it's quite mesmerizing, it's also important. Clouds determine our weather, from temperature changes to wind and major events like rain, snow, hurricanes - all start with clouds.

Living in San Diego, locals know a thing or two about clouds. That marine layer can make for a grey and muggy beach day but it often leaves local deserts high and dry.

While it's part of San Diegans' daily lives, there hasn't been much ability to study it and how it impacts our climate.

Researchers like Assistant Professor of Climate Science Nicholas Lutsko can gauge the changes of clouds and in turn our climate over months and years thanks to a new award of over $400,000 by the National Oceanic and Atmospheric Administration (NOAA).

"We have a lot of trouble measuring clouds," he said. "We mainly use satellite data."

Lutsko's office at Scripps in La Jolla gets coated in that marine layer quite frequently. You may know it as June Gloom or May Gray, but why is it important to know if those clouds are changing over time?

"A small change in [the] amount of clouds in [the] atmosphere can cause huge warming or huge cooling," he said.

The fewer clouds, the more solar radiation, which warms the Earth. Experts already see this happening over a large part of the ocean.

"We know the Earth is going to warm up with increases in carbon dioxide but we don't know how much," Lutsko said.

He believes we need to learn the urgency. We already know we're in a climate crisis with the depletion of the ozone heating up the Earth's surface. But by how much will we heat up? And why does that matter?

"It's a huge deal," Lutsko said. "Trillions of dollars rest on how clouds change in the future."

What happens in our skies can lead to melting glaciers, rising sea levels, and extreme weather events.

Researchers are mainly looking at the subtropical low clouds. Those are the hot spots they believe will give them a better idea of climate change which is why San Diego is a perfect spot to study.

Scripps has a fascinating history of studying clouds. The first measurements of clouds ever recorded happened by a scientist there in 1989. So as Lutsko said, they are now able to build on that legacy.