Before our recent heat waves, San Diego saw record-breaking rain leading to hillsides that were giving way in Solana Beach 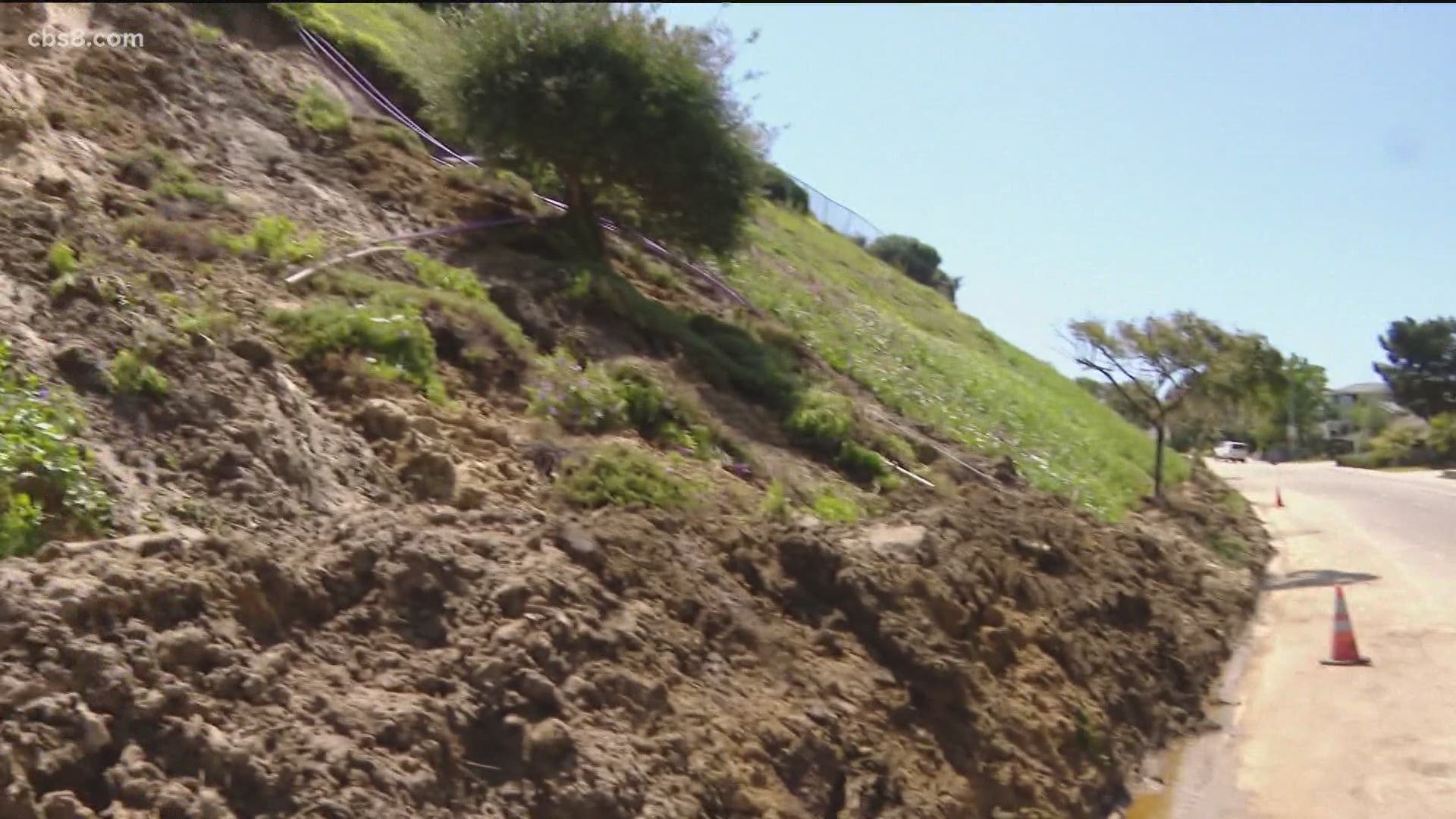 SAN DIEGO COUNTY, Calif. — It may be hard to remember with the recent heat waves San Diego has had, but back in spring, the region was having record-breaking rain. As a result, neighborhoods in Solana Beach had hillsides that were giving way.

Now they are being stabilized and News 8's Shawn Styles spoke with a contractor and a geologist about the projects and prevention.

He is Professor Emeritus from San Diego State University and explained what happened.

"One, you have a pile of rocks and you've cut off their lateral support. But some of those rock layers are mud. They're slippery, gooey mud once the water hits them and they slide," Abbott said.

It was during the atmospheric river where we saw 10 days of rain earlier in 2020.

"During times of heavy rainfall, you're making the slope less stable. That's when things really move," he said.

Collapses happened at multiple locations in a Solana Beach neighborhood which needed fix and prevention measures.

"So what do you do? You build retaining walls to hold the layers in place," said Abbott.

Robert Smith, the owner of Smith & Associates, was contracted to stabilize the hillside.

"The pipes themselves are 10 feet, six [inches,]" Smith said. "You drive them in seven-and-a-half feet and three feet are up. Then you put in the wall which is pressure-treated lumber."

That's called a pipe and board system or reventment system.

"It holds the surface in place," he said. "We recompacted the soil in place and when it gets planted on, the plant roots hold it in place."

The cause of the problem - water - is also addressed.

"There's a drainage panel and a drain system behind it because water, obviously, is a problem," Smith said.

This is a tested technique using modern materials.

"Everything we've put in here since 1999 is still working with not a single failure of anything that's been repaired," said Smith.

Abbott also had a little advice for homeowners dealing with hillsides giving way.

"No lawns, no water-loving plants," he said. "If you're going to plant, plant natives."