Rarest of the rare: Splendid sunbirds at the San Diego Zoo are only 3 in US

The pair at the San Diego Zoo has been together since 2019 and this year nest-produced a chick and have laid another egg. 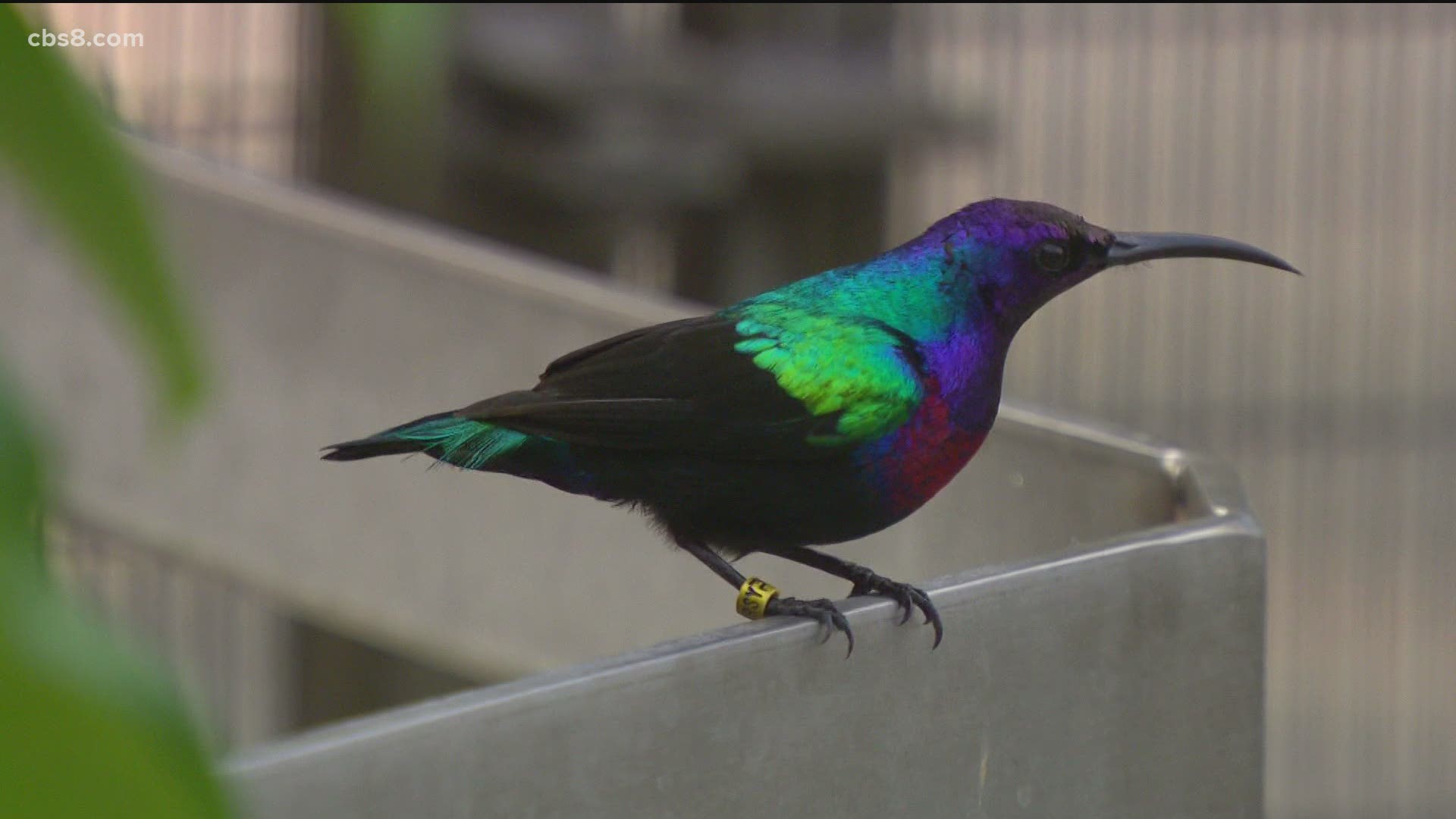 SAN DIEGO — The splendid sunbird is so rare there were only two in the United States until recently. While News 8 was at the San Diego Zoo Monday, reporter Shawn Styles saw the female and the male. The two mated and had a chick earlier this season which is a huge success story.

"It's very exciting," said Amy Flanagan, the zoo's avian wildlife care supervisor. "This is the first time for the zoo. It's the only pair in the country. It's a big deal."

Flanagan said the only other pair in human care is in England but in the wild, it's a different story.

"In nature, they're a species of least concern, which means there of plenty of them," she said.

Native to Africa they play a key role there.

The pair at the San Diego Zoo has been together since 2019 and this year nest-produced a chick.

"Their nest is an upside-down pendulum and they weave it from fine fibers found in the aviary," Flanagan said.

She said they also brought in, "dog hair and spider webs collected by wildlife care specialists."

"The female does all the work and builds the nest on her own," she added.

Incubation is 14 days and nesting about 18. The early diet of the chick is specific and the staff came together to provide it.

"They've collected spiders from the entire zoo to offer to this female and then to feed the chick," said Flanagan.

Once the chick was old enough it was moved.

"The baby is now off at the avian propagation center off exhibit to get some age on him," Flanagan said.

That gave some alone time to the female and male.

"It took nine days for her to lay another egg and so incubation is 14 days, so we should know in a week if this clutch is fertile and if they've been successful again," said Flanagan.