The Carlsbad Aquafarm sits between the Pacific Ocean and I-5, in the calm and fairly clear waters of the Agua Hedionda Lagoon. 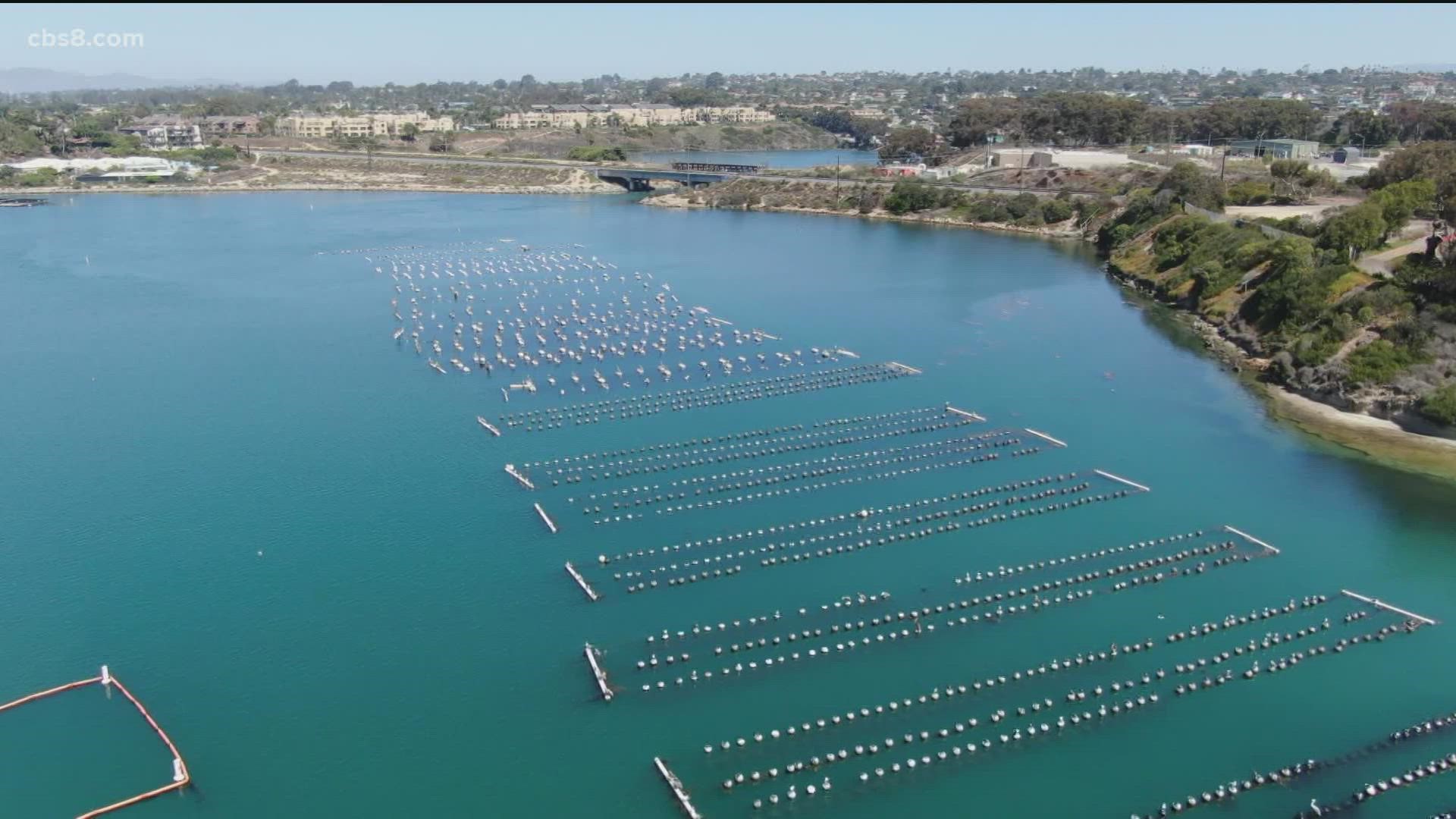 CARLSBAD, Calif. — San Diego’s waterways are a source of pride for many of us, but there is a spot in Carlsbad that is providing much more than pretty views. They provide mussels and oysters. Millions and millions of them.

In this Earth 8 report, News 8’s Neda Iranpour learns about oysters and what makes them so sustainable.

The Carlsbad Aquafarm sits between the Pacific Ocean and I-5, in the calm and fairly clear waters of the Agua Hedionda Lagoon.

While all looks tranquil from above, what you can’t see are the 10-12 million oysters and mussels, and the nearly 500 million gallons of water that they are filtering.

To learn all about these animals, the crew at the Carlsbad Aquafarm took News 8 out on their boat.

“This is the actual rigging for the oysters and under each one is a stack of trays for the oysters,” said Matthew Steinke, the Operations Manager at the Carlsbad Aquafarm.

Steinke and his crew showed us how each mooring buoy has 10 trays stacked underneath. Each buoy holds about 600 oysters. As they get bigger the trays get emptied to make room for more.

On this tour, there was a fascinating array of life able to be seen.

Steinke pointed out the cormorant and the pelican are essentially flying in a bird's paradise thanks to the abundance of fish.

“Pelicans are natural watchdogs here, they keep an eye out and as the fish go to eat oysters, they swoop down to protect the oysters.”

The pelicans eat the fish, then out comes their waste and that is part of the fertilizer for the oysters. Oysters count on eating algae and plankton to grow

“With pelicans helping out we can grow from start to finish an oyster in about eight months,” said Steinke.

What's also happening at the aquafarm is the thriving eelgrass, growing five or six feet long thanks to the oysters clearing the water of its murkiness.

Steinke said, “If we lost the oysters here, the water would get cloudy, and the sunlight wouldn’t reach the eelgrass and they would die out.”

However, that is not all, the oysters and mussels are filter feeders, with each oyster filtering about 50 gallons each a day, right next to the Carlsbad Desalination Plant.

The entire operation starts with tiny specks that look like sand. Baby oysters form shells when they are less than half a millimeter, “we put algae into the tank and it pumps algae through, and they continue to grow,” said Steinke. In 1.5 months, the baby oysters go from half a millimeter to 1.5 inches. That’s when they’re taken to the lagoon to keep growing.

When the oysters are big enough to eat, they are brought into large water trays, filtering even more, in what can only be described as a giant saltwater cleanse with all the filtered water going right back into the lagoon.

You can get a tour and shucking lesson along with an oyster taste test when book a visit at the Carlsbad Aquafarm.

They sell oysters at Whole Foods and many local markets and restaurants, but you can also order oysters and mussels for pickup. 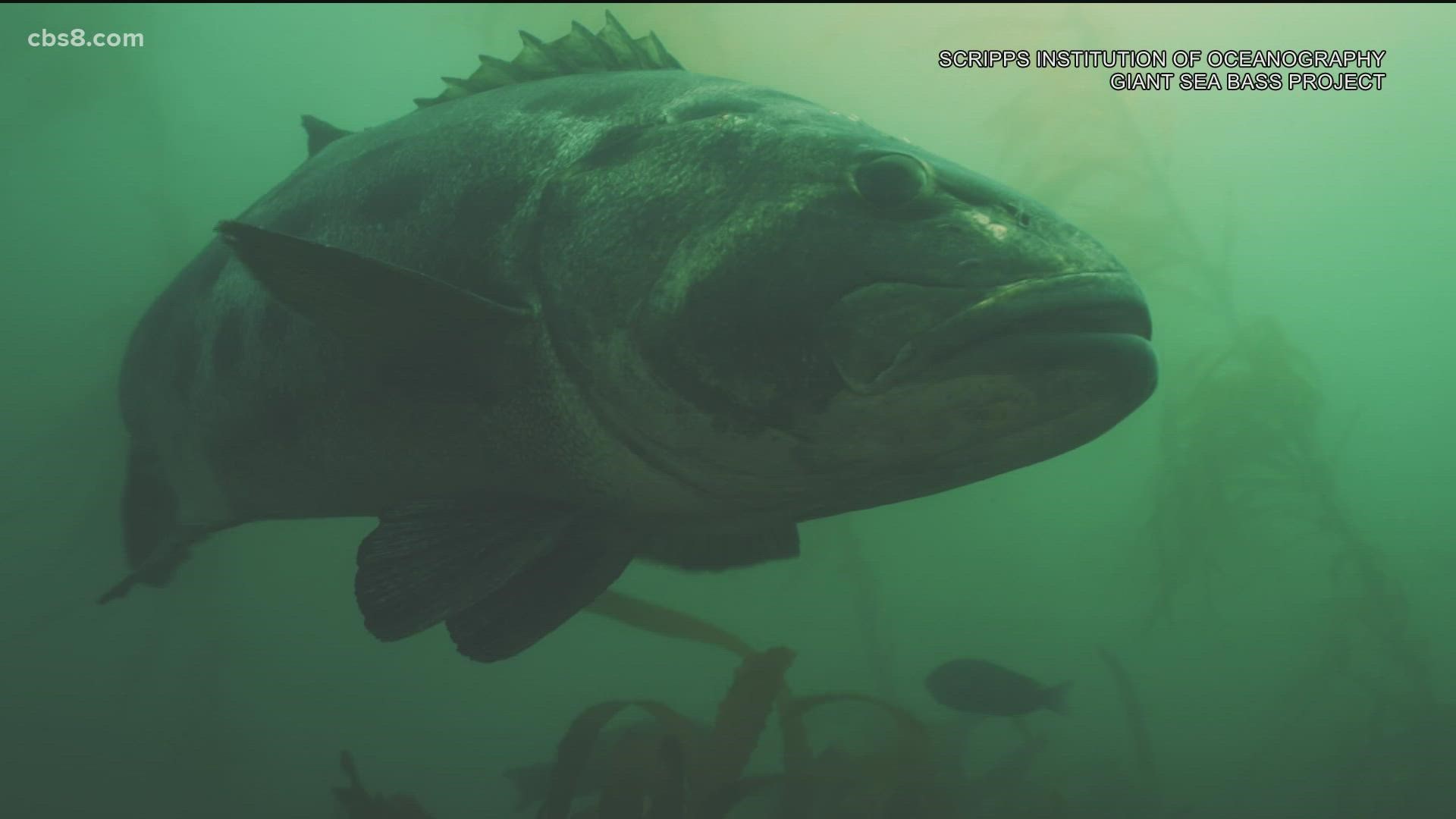