Sea lions are getting cancer. Here's what humans can learn from it.

Researchers have discovered the cancer is caused by a sea lion-version of genital herpes. 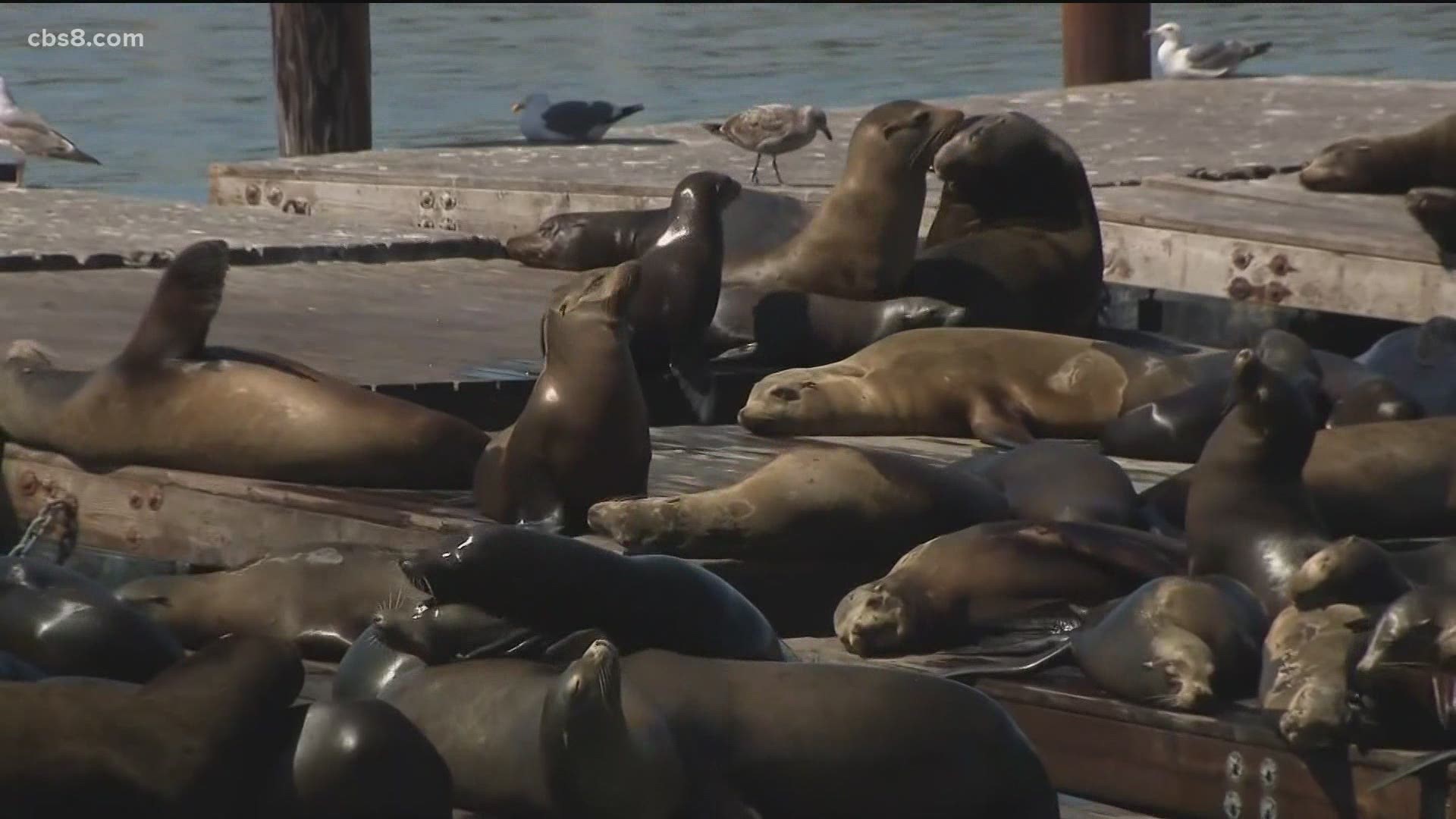 CALIFORNIA, USA — For decades, sea lions along the West Coast have been plagued by a lethal form of cancer. Now, research conducted at the Marine Mammal Center has determined the cause of the disease and how it holds both promise and shame for mankind.

The sea lions that hang out at Pier 39 are always a tourist favorite and 4-year-old A'nayah Langston doesn't want anything bad to happen to them.

But they haven't been safe for a long time. In 1979, the Marine Mammal Center in the Marin Headlands began finding sea lions dying from cancer called "urogenital carcinoma."

Since then, up to 25% of all adult sea lions admitted to the hospital have died from it. Researchers have discovered the cancer is caused by a sea lion-version of genital herpes.

Dr. Alissa Deming is the lead author of the cancer study.

"It's a sexually transmitted virus, which is actually a very efficient way to spread if you're a virus…because you have to reproduce to keep the species going," Deming said.

But, according to Dr. Deming, man has a hand in this as well. It's believed that contaminated water is triggering the virus to create cancer.

Recently, it was discovered that thousands of barrels of the banned pesticide DDT were dumped in the ocean in the 1970s right off the Channel Islands - the place where 90% of sea lion pups are born.

"It's like the last place you want a bunch of contaminants to be, is in your nursery, and the Channel Islands is that place," Dr. Deming said.

In a bitter irony, the sea lion cancer is similar to cervical cancer in humans, so it may unlock some answers to preventing it in people. Dr. Deming said there is no treatment for the sea lions but she would like to see something good come from their deaths.

"We can utilize these animals, kind of respect them in their death, by taking advantage of learning as much as we can from them," Dr. Deming said.

Dr. Deming credits the Marine Mammal Center for recognizing the spike in cancer cases and saving tissue samples starting in the mid-'90s. Those samples from more than 300 animals are helping drive the research.

WATCH: Why are sea lions in California getting sick?