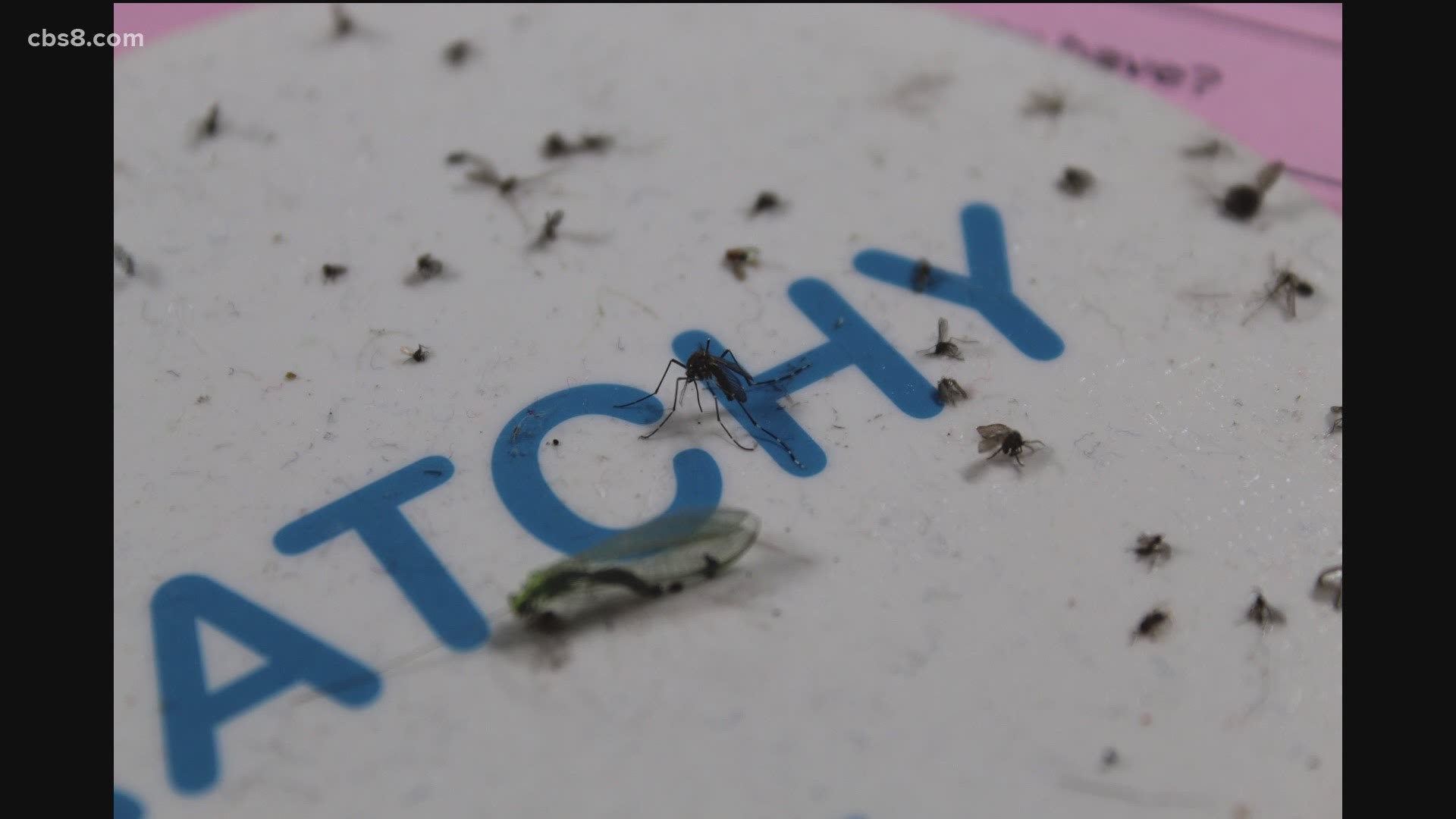 SAN DIEGO — Have you noticed an increase in mosquito bites recently, maybe targeting your ankles?  A non-native species of mosquito especially adapted to breeding in our backyards is gaining a foothold in San Diego County.

They are ankle biters that swarm during the daylight hours, outside or inside your home. Summertime is peak season for the so-called yellow fever mosquito.

“It's that kind of going after the feet and the ankles that seems to be one of their more notorious characteristics,” said Chris Conlan, supervising vector ecologist with the County of San Diego.

“The yellow fever mosquito, Aedes aegypti, is a specialized sort of critter in that it really breeds more in small containers. So, you're not going to see it breeding in the ponds, rivers and streams that we have around the county,” said Conlan.

That means standing water in your backyard is the perfect breeding ground for the yellow fever mosquito.

“So, little buckets, or cans, or kids toys, or sagging tarps, any of that stuff that might hold water for a week or longer. Those guys can find it and take advantage of it and breed,” he said.

“The only way that that can happen is if a traveler returns and accidentally was bitten while actively having virus in his system, by one of these local mosquitoes,” said Conlan.

News 8 emailed Conlan a photo of a mosquito captured in a trap in Tierrasanta and, sure enough it was one.

“The one in the picture that you sent me was the yellow fever mosquito, Aedes aegypti,” Conlan confirmed.

“Those little saucers that people will stick under their potted plants, are kind of notorious for breeding these mosquitoes,” he added.

Residents can report mosquito problems to the County of San Diego Vector Control department. County staff can help you track down where the mosquitoes are coming from and they might set traps to see what kind of mosquitoes are in the area.

On average, mosquitoes only fly in a radius of about 300 feet during their entire lifespan, said Conlan, so chances are the standing water breeding source is nearby.