10-year-old Terrelle dreams of playing in the NFL, but first he needs a forever family to cheer him on in life

Living in foster care since he was five, Terrelle hopes his future family sees this story and adopts him. "I will be very grateful if you did take me in," he said. 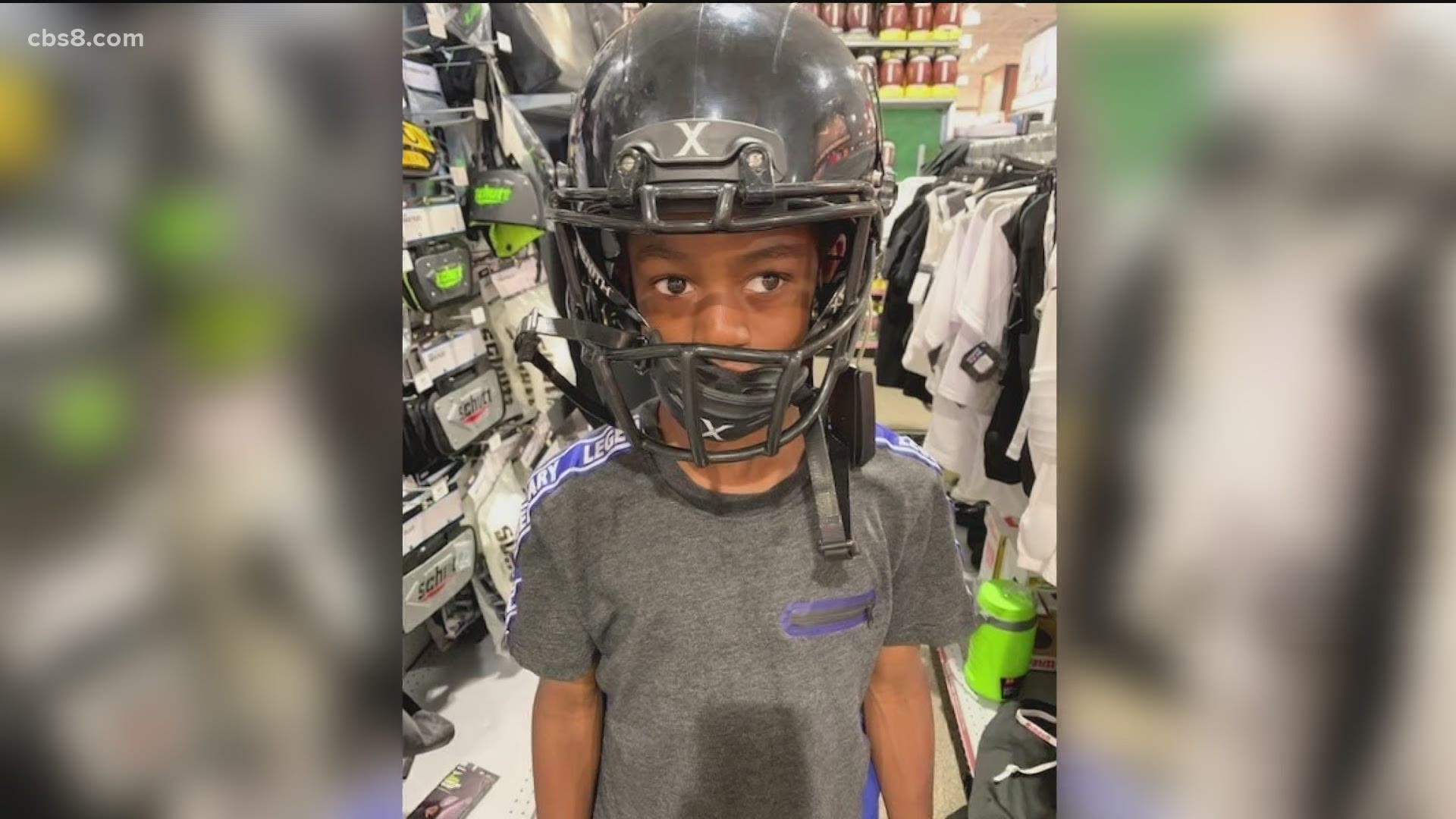 SAN DIEGO — It's been a year of ups and downs for everyone, but for children in foster care, it has been especially isolating and challenging. Even through pandemic restrictions, however, Terrelle has made the most of his visits with his social worker, who he met just a few months ago.

"He's a pleasure to sit down and just chit-chat about different topics and issues,” said protective services worker Sharina Nyhaug.

“Terrelle is such a great kid. He likes to talk to me about sports, the Lego sets that he builds.. and about his RC cars that he races," Nyhaug said.

Terrelle said he has fun chatting with Nyhaug, but he said his focus usually reverts back to the same discussion, “just talk… talk about getting out of here,” he told me.

When I asked Terrelle how long he's been in foster care, he replied, "For a very long time, I think four or five years because I think I got into foster care because when I was five, I think because that’s when I started preschool.”

Terrelle is 10 years old now, which means he's spent half his life in foster care, and he's had a lot of time to dream about the family he would love to have and the things he'd like to do with them.

“Terrelle excels. This kid is the super athlete," said Tish Olvera, who works at the group home where Terrelle lives right now.

Terrelle loves most sports. One highlight of his young life was meeting NBA star and San Diego native Norman Powell at a local camp.

Those who know Terrelle say he's a natural at sports, while also being an incredibly good sport to his teammates..

“I’ve seen Terrelle be really good with other kids, especially the kids younger than him, encouraging them, giving them an opportunity to shoot the ball," said Olvera. She described him as a natural leader, who makes others feel good about their abilities.

Terrelle also has a vision about the type of family he'd like to have. He's really hoping for a two parent household, with a mom and a dad who share his cultural roots.

“I think if I was with a black family, I would fit in more,” said Terrelle.

“I think that for him, his identity is very important," said his social worker. "Having the ability to identify himself and someone that he can call mom or dad to look up to -- to look just like him -- is very important for him," said Nyhaug.

And if there’s a family that happens to be viewing this story right now that might be the perfect fit, Terrelle says, "Please take me in. I will be an amazing kid.”

Olvera, who has known Terrelle for the past couple years, says he is already an amazing kid.

“Terrelle is actually one of my favorite kids,” said Olvera. She said she is so proud of Terrelle for his resilience through the ups and downs of life in the foster care system.

Olvera became emotional as she reflected, "I've known Terrelle for a long time. And he's been through a lot. And he's worked his butt off to try to understand life -- and regardless of what he’s been through, he has managed to have one of the greatest hearts, and he has so much love to give." She said if he is just given the opportunity to be part of a family, he is going to excel.

Terrelle got emotional during the interview as well, while Tish talked about her hopes for him.

“My hope for Terrelle is that a beautiful black, strong family steps up and shows him what love is like, what consistency is like, and somebody that's going to listen to him, understand him and help him to achieve his dreams --  whether that's going into the military or playing in the NFL or whatever other sport he decides he wants to do, or whatever he wants to do. My hope is that that family sees what I see in him, and allows him better life," said Olvera.

Terrelle hopes someone viewing this story right now feels a connection to him and is willing to give him a chance at knowing what it's like to be part of a family.

“I will be very grateful if you did take me in," he said.

But Olvera said, Terrelle's family will realize that they are the lucky ones, at the end of the day."

To learn more about becoming a foster or adoptive resource family with the County of San Diego, call 1-877-792-KIDS or click here.