"They need to know that I have a disability and I need help doing a lot of stuff." 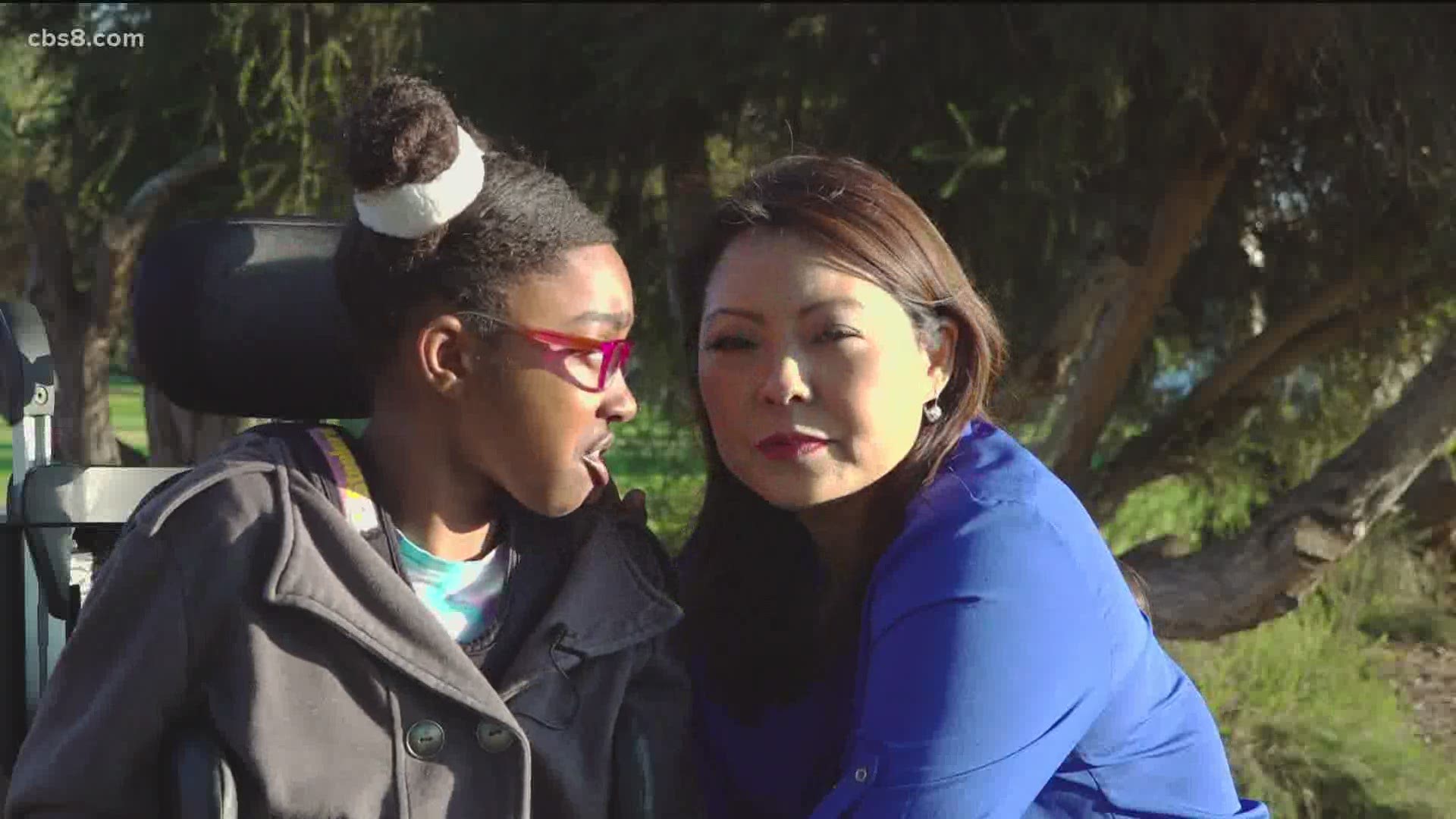 SAN DIEGO — Note: News 8 first brought you Tatiana's story back in January before social distancing requirements were in effect. She is still looking for a forever family.

As I walked over to meet Tatiana, she raised her motorized wheelchair seat to greet me and explained, "I raised it up for the camera," so she could be at eye-level. Tatiana is a smart, friendly and outgoing girl who just celebrated her 13th birthday. The biggest birthday gift she could receive this year is a new forever family.

"Tatiana is an amazing young woman who lights up the room," said foster mom Tara. "She loves to be the center of attention. She is going to be the first person in the room to give you an amazing compliment. She loves her art and loves to be around her friends."

Tatiana is 13 years old. She was born with a genetic disorder that affects her ability to speak and move, but it hasn't affected her positive spirit. She's outgoing, friendly and has a positive attitude.

"She's funky and feisty and funny and loving," Tara said. "She's caring and she wants to give anybody she sees compliments, and make them laugh and bring them up when they're down."

In many ways, Tatiana is like most teens. She's concerned about her appearance, enjoys watching the Disney Channel and likes to shop at the mall.

It does take some effort for Tatiana to express herself with words, but she doesn't let that discourage her from communicating. Tara said she's also learning how to use eye-gazing technology to help others understand what she's trying to say.

Tatiana is hoping to find a forever home where she can be the only child. After so many years of being without a family, she's really craving one-on-one attention she's been lacking for so long. She would love a mom figure in her life to do her makeup and hair with her and to go shopping with.

When I asked Tatiana if there was anything else she wanted to share about herself with her future forever family, she nodded yes. Tatiana slowly, but clearly said, "They need to know that I have a disability and I need help doing a lot of stuff."

When it comes to her genetic disease, she's beaten the odds so far.

"She's proving anything's possible," Tara said. "She's the one that's just going to be that go-getter to prove everyone wrong on her condition.

To learn more about becoming a Foster or Adoptive Resource Family with the County of San Diego, click here.