Sandra's life revolves around 4-year-old Isabella and 3-year-old Isaac. They're her biological grandchildren, but Sandra is much more than a doting grandmother. 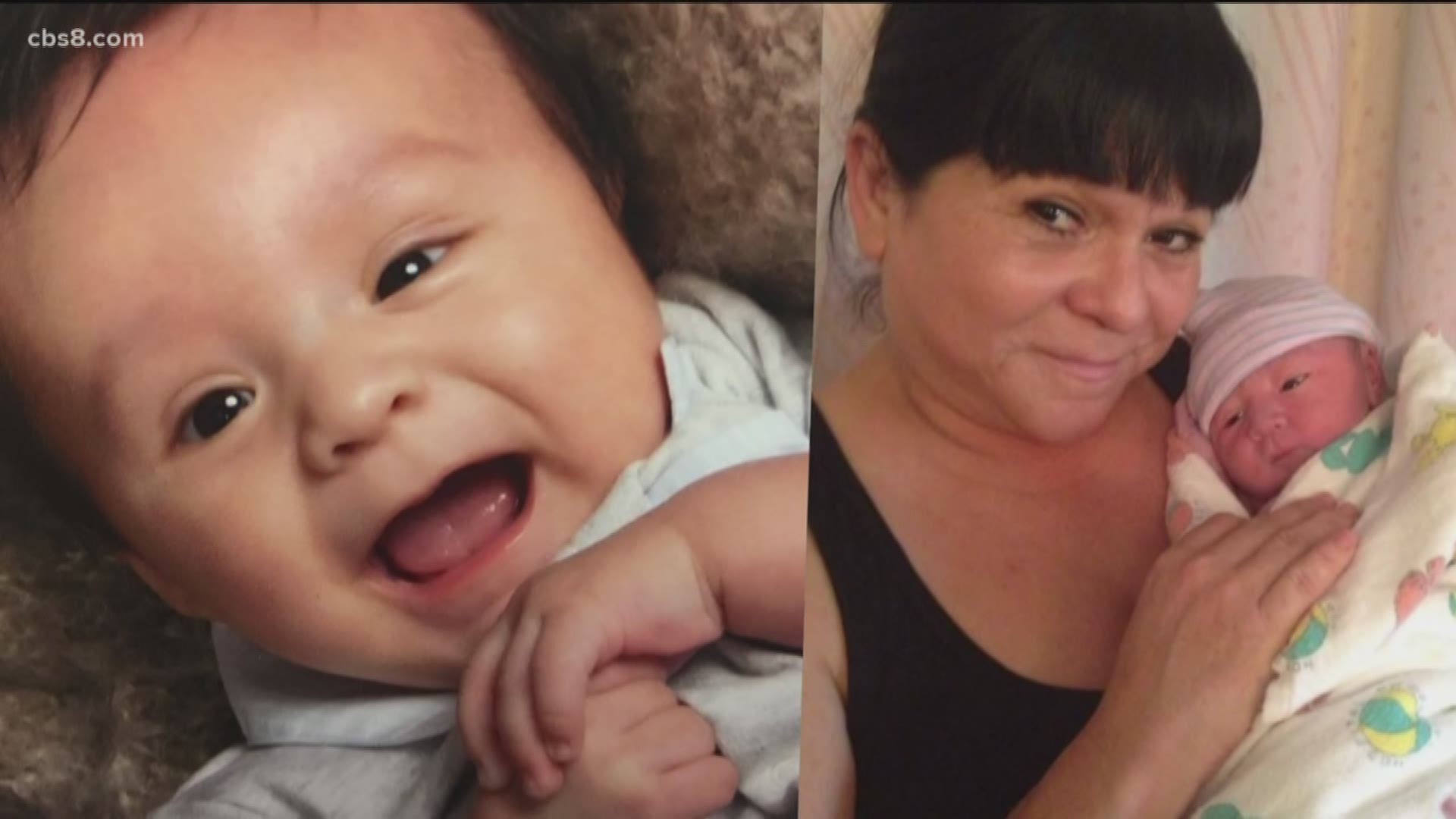 SAN DIEGO — It's not the way a local grandmother expected to spend her retirement years, but she says she wouldn't trade it for the world. Sandra's life revolves around 4-year-old Isabella and 3-year-old Isaac. They're her biological grandchildren, but Sandra is much more than a doting grandmother. The children call her “mom.”

"I feel like I received a gift.," Sandra says, "I'm their mom from the heart, all the way."

"I didn't realize how the system worked," Sandra said. "When the baby was born, the nurses called Child Protective Services. They were already waiting."

Sandra says she knew what she had to do and signed up for the proper courses in order to adopt through San Diego County Adoptions as quickly as possible.

Sandra said, "I just immediately asked, 'What can I do? How can I bring the baby home?'"

A short 15 months later, Sandra's daughter gave birth to Isaac. Sandra also took him in, suddenly finding herself a working mom of two kids under the age of two.

"I had a lot of help from my mom and dad, and my sister-in-law and brother," Sandra said. "And my older kids were able to fill in when I needed."

Sandra worked for a while but retired nine months ago. Her prime focus now, is raising her two young children. She says, "I think the children need to be safe, they need to feel secure. They need to have that security blanket. It really helps them feel confident and helps them thrive in anything that they do."

Sandra says the kids already have big dreams; Isabella wants to be a law enforcement officer, and Isaac wants to be a firefighter like his grandfather. Sandra is grateful for the chance to raise them, reflecting, "I feel my daughter gave me a gift. I have a part of her with these two kids because I lost her to the streets."

If you're thinking about adopting, Sandra encourages you to further explore the idea of transforming lives.

"If you think you have something to offer or you have a loving home, why not at least go to a meeting and try? It brings so much joy to your life,” she said.