"It was definitely worth the wait," Knolly said. Since 2013, Knolly had been featured five times in our segments, as she patiently waited to find a forever home. 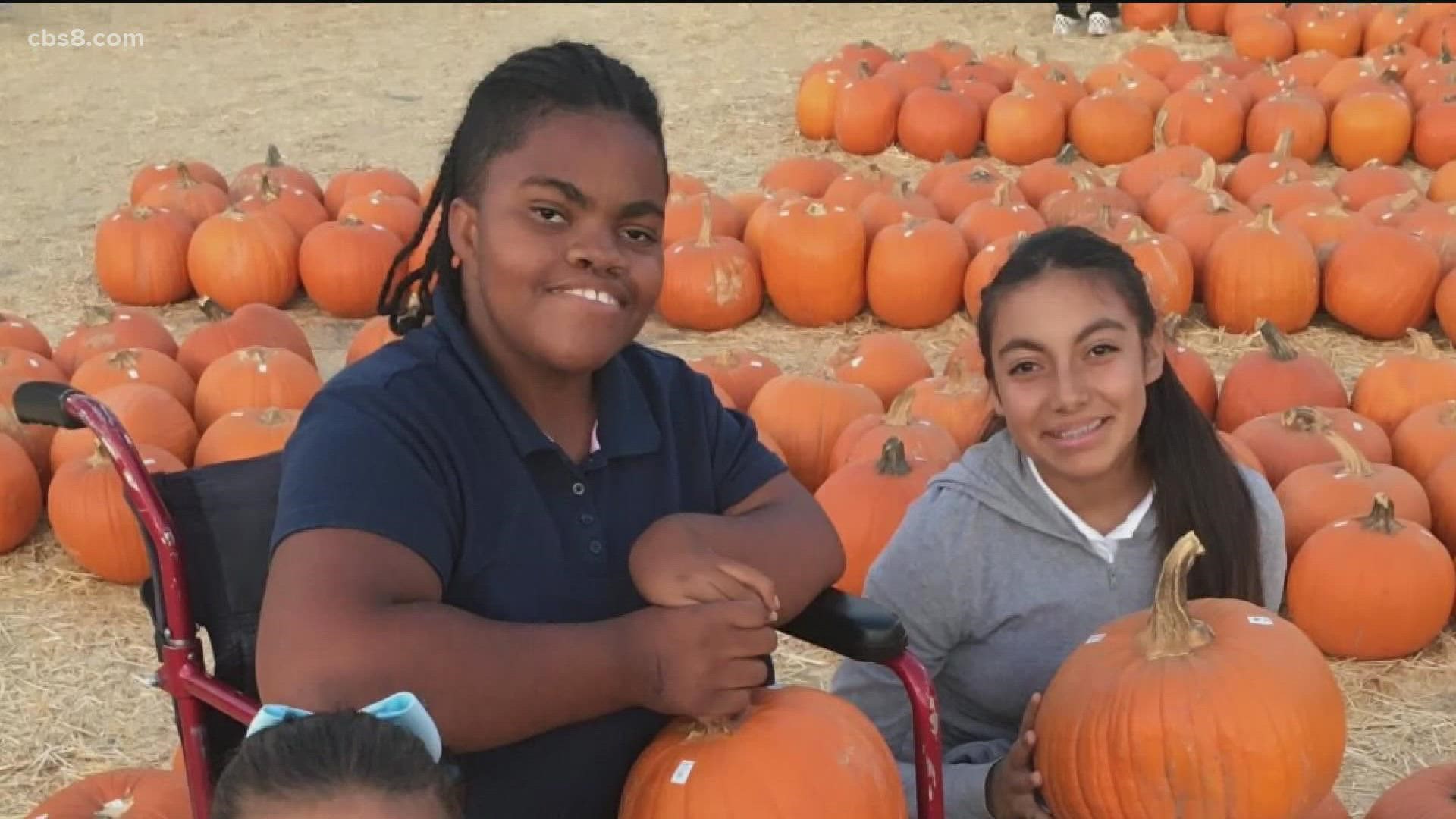 Out of all of the Zoom interviews I've done over the past 18 months, this one is by far, the most special.

I was filled with joy seeing 14-year-old Knolly surrounded by family, as she happily introduced her cousins, aunt, sister and mother to me.

To understand just how incredible it is to see Knolly with her forever family, you need to know a little about her journey to get here.

We first met Knolly in 2013, when she was just six years old. She had spunk and impressive independence, swiftly climbing up into her wheelchair without asking for any help.

When we caught up with her in 2014, her positive spirit was as bright as her casts were pink. Knolly had neon pink casts on both of her legs and on one arm. Born with a genetic disorder that affects her muscles and joints, Knolly had just had surgery to give her more mobility.

In 2016, we made an urgent plea to help Knolly find a new foster home that was wheelchair accessible.

During that interview, she said, "Most of the home has to be tile because I can't roll around on the carpet."

She was living in an emergency children's shelter at the time because of a lack of suitable housing.

Through the years, we watched Knolly grow up, as she patiently waited for her wish to come true.

She told me, not only did she wish to find a forever home, but she also prayed.

The last time we met up in 2018, Knolly was 11 years old, and her faith remained strong that somewhere out there, there was a forever family perfect for her.

She told me she loves the outdoors and wanted "a family that goes out a lot and does a bunch of stuff--  a very active family."

And that's exactly what Knolly has today.

She has her mom Cathy, brother John and sister Jocelyn, in addition to a large extended family. Knolly said it's the family she'd prayed for, for so many years.

"Is it just as amazing as you thought it would be?" I asked.

"Yes. It was definitely worth the wait because now I have a really big family," she said with a smile.

Cathy used to be Knolly's caregiver.

"Knolly has been an inspiration since day one, and she's taught me a lot of things," Cathy said.

She said Knolly's outlook on life is that "nothing is impossible."

Cathy had seen our stories on Knolly through the years and knew she wanted a forever family more than anything else. So, with the blessing and support of her adult children, she began the process to make Knolly a permanent part of their family.

"She's special. We just grew a bond and I wouldn't have it any other way," Cathy said about adopting Knolly as her daughter.

Knolly says she is so grateful to have Cathy as her mom.

"Her kindness and the way she cared for me when I first met her in, and since then, she's cared for me as an actual mother," said Knolly, who agrees they had an immediate connection.

Knolly gets emotional when she thinks about how long she waited for her dream to come true. She wiped the tears from her eyes as she also thought of all the other foster kids still waiting, and she encourages them to not lose hope.

"I just want to say to other kids that no matter what you look like, or how you act, or how big your attitude is -- there's always going to be someone there for you that will love you, will care for you," she said.

Nicole Espinosa was one of the Protective Services Workers with San Diego County who helped Cathy and Knolly through the adoption process. She said Knolly's patience and positivity paid off.

Nicole recalled, "When we signed the adoptive placement paperwork, Cathy and I, Knolly came home and I asked her, 'how do you feel?' And she's like, 'Well it's only been 10 years, Nicole!'"

Knolly was right, but Nicole applauded her for her perseverance.

"She didn't give up hope... that there was a family out there for her, and she got the best family," Nicole said.

To learn more about becoming a CASA with Voices for Children, click here. If you’re interested in becoming a foster or adoptive resource family with the County of San Diego, call 1-877-792-KIDS or click here.