Shamar is 9 years old and has been in foster care for about a year. He is hoping he will be matched with a forever family soon. 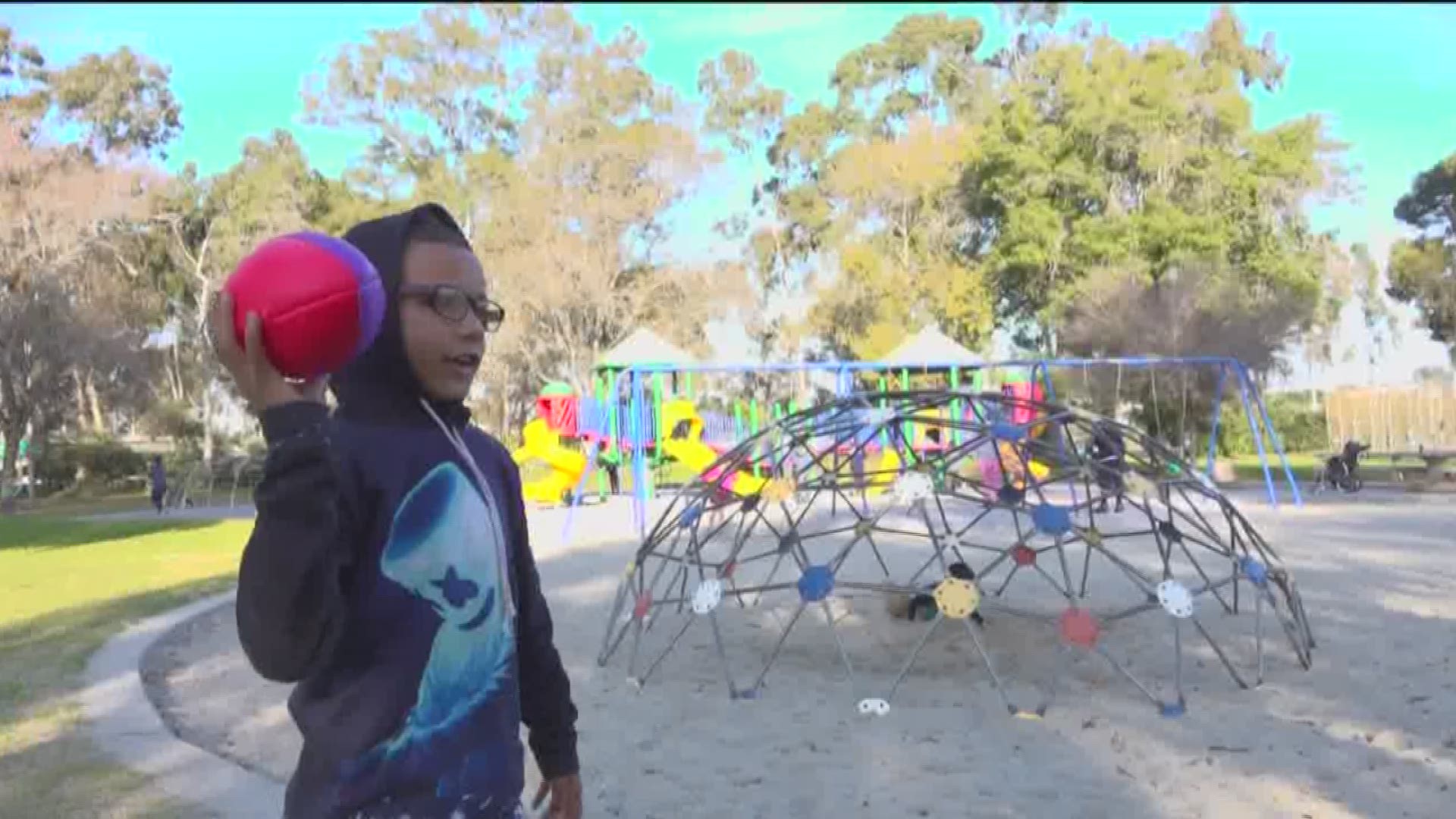 SAN DIEGO — A foster child in San Diego who loves to play football is hoping for a big win off the field, in the form of a forever home. Shamar has been in foster care for about a year and is hoping he will be matched with a forever family soon.

When I first met Shamar at the park, he was a little reserved. When we started tossing around the football, however, he became more at ease and even began giving me pointers on how to throw a spiral.

"He's shy at first and sometimes he has trouble making eye contact, but once you're able to break that shell of his, he opens up to you," said Carlos Albanil, Protective Services Worker for San Diego County's Health and Human Services Agency.

I found Shamar to be very patient and supportive of me and my terrible throwing technique! I felt like he could've played all afternoon. He just seemed so excited to be outdoors.

Albanil said Shamar has suffered loss and is longing for that one-on-one time he's been lacking. Despite having to move around in foster care, Shamar is doing well in school. He's in third grade and told me he enjoys math, science, and reading.

Shamar and I explored the playground together, climbing the jungle gym and spending time on the swings. We then sat down to play Candy Land. Shamar was equally patient and focused while we raced forward and sometimes slid back down the colored path on the game board. He was very polite and a good sport the entire time. Even when his gingerbread pawn was behind mine, he stayed positive.

Shamar is still very much a little boy, having just turned 9 years old this month. He's at an impressionable age, and now is the time for him to find a forever family before he's in the system for too much longer.

"He said himself that he wants to be part of a family with siblings, a mom and a dad," said Albanil.

Shamar is looking for the unconditional love and stability he hasn't had.

"It's very difficult not being able to know if you're going to be in one place or if you're going to be moving," explained Albanil. "It's a hard transition for anyone, especially for someone like Shamar's age, to know that in the back of your mind, and also just not feel like you have a permanent place to be."