Ke'Shawn hopes for new beginnings in a forever home

"I'm the new me," Ke'Shawn said with confidence. "I'm very proud of that." 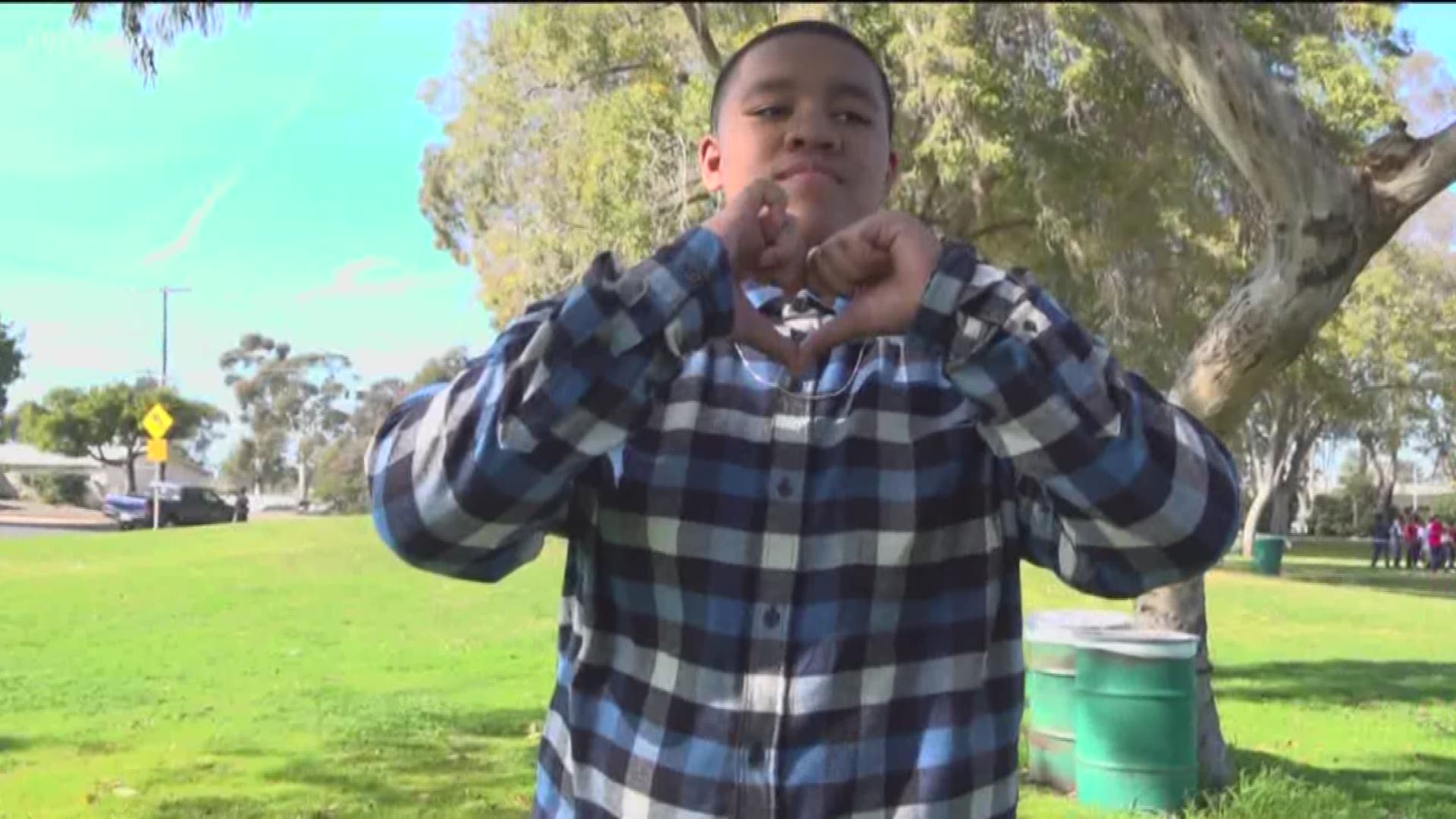 SAN DIEGO — As a mom of twin 14-year-olds, I know that age can be challenging. It's a time of change -- emotional and physical.

It's a time when the transition from childhood into adulthood begins to really take shape. A time to develop personal goals and independence.

So imagine throwing into the mix -- having to live in an emergency children's shelter, and not knowing what your future holds as you wait and hope for a forever family.

That is the life 14-year-old Ke'Shawn is living right now.

Adding to all of his uncertainty about the future-- Ke'Shawn's recent decision to share with the rest of the world something he said he's known about himself for as long as he can remember.

I can't imagine what Ke'Shawn is going through, without the support of any parental figures in his life, but what I do know is that when we recently met at a park in San Diego to talk about his hopes and dreams of having a forever home, Ke'Shawn was all smiles and super positive.

Before we started our interview, Ke'Shawn said he didn't really want to talk about being transgender.

Any potential adoptive parent who inquires about him, would be told privately about his gender identity, and could decide whether or not to pursue steps to adopt him.

After Ke'Shawn and I began chatting, however, and I asked him about the origins of his name, he spoke with honesty and told me.

"There's no meaning behind it. I just made it up," he said.

Because of what he told me earlier, I wanted to make sure he was comfortable talking about it. He said "yes," he changed his mind.

"I'm the new me," Ke'Shawn said with confidence, adding, "I'm very proud of that."

With all that he has going on in his life, he told me his one concern in life is helping people who are homeless. He said he hopes to be rich one day so he can help those who have no homes or jobs.

It struck me as so compassionate, that this young man who is without a permanent home himself right now, has such compassion for the homeless.

He told me all people deserve to live with dignity.

When Ke'Shawn talks about his future, which he hopes will include a forever family, he gets emotional. Wiping tears from his eyes, he said, "For me to move forward, i just want a family that's so loving, that cares."

Ke'Shawn wants a family that will accept him for who he is.

In the meantime, he said he's just focused on being as good a person as he can be right now.

He said he's a Christian and has faith that he will find the unconditional love from a forever family that he is currently missing.

"I just want to do better things in my life while i'm out there in the world," Ke'Shawn said.

We would also like to thank local photographer Jon at Silver Imagery for volunteering his time to take the Heart Gallery images in our video story.