Reon may look like a typical 3-year-old boy, but his parents say it is truly remarkable to see him running around and kicking a soccer ball. 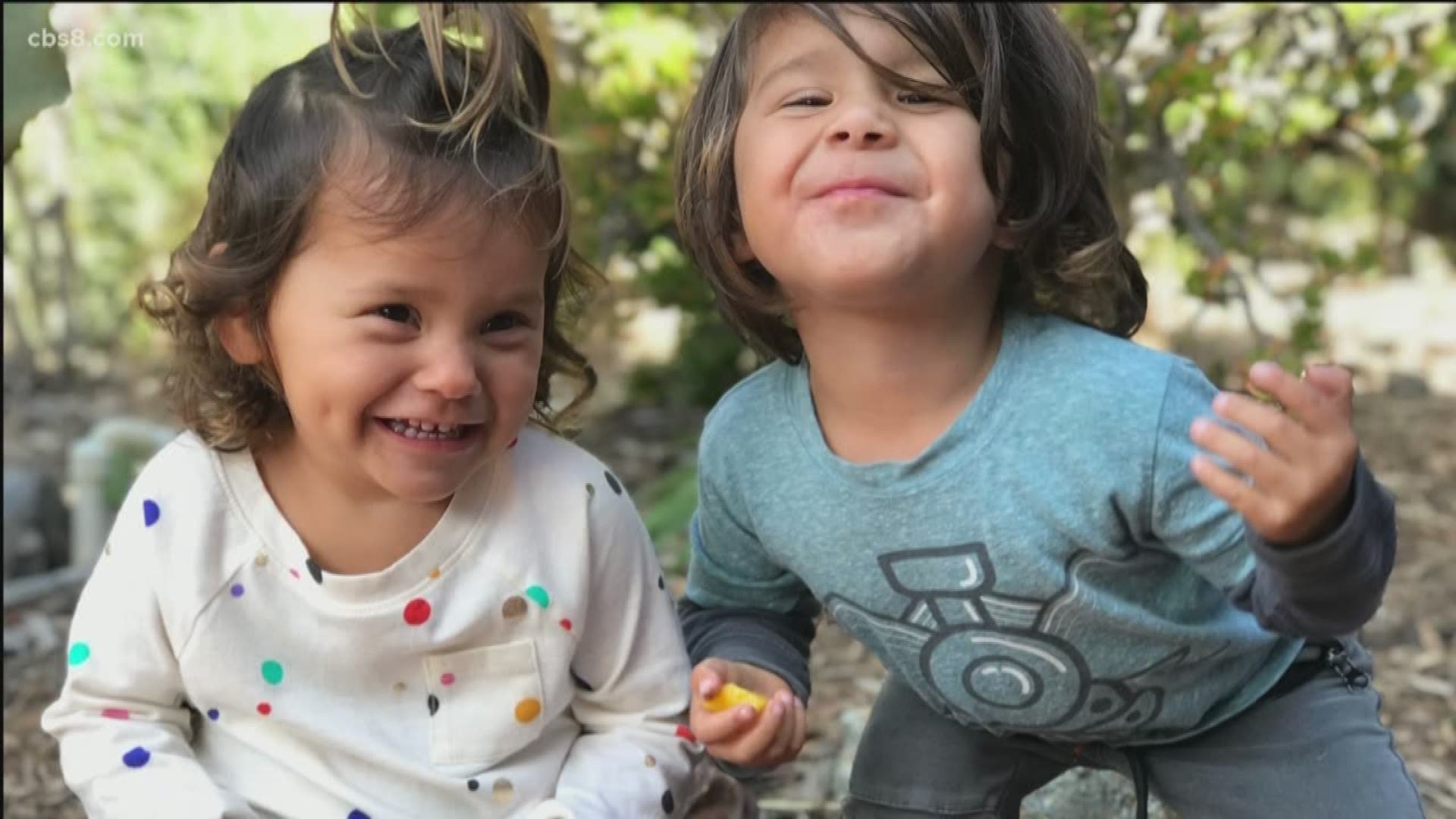 SAN DIEGO — This Adopt 8 success story comes from an active family of four that spends a lot of time at the beach, riding scooters and bikes, and exploring San Diego. And while their son Reon may look like a typical 3-year-old boy, his parents say it is truly remarkable to see him running around and kicking a soccer ball.

Reon was born with health complications related to drug exposure in the womb, according to his parents.

“His prognosis was bleak without medical intervention,” said mom Jessie. “We were told that he could have cerebral palsy.”

Their sweet little boy also had medical issues that affected his spine.

"He was completely crooked,” Jessie said.

“[It’s] likely the drugs made him lethargic in the womb and he didn't move much,” said dad Brett. “And that created a C-curve which is unrelated to the tethered spine which is neurological.”

Before Reon's first birthday, doctors had to operate on his spinal cord.

"He had surgery at 10 months old to correct that so he could walk,” Jessie said.

Walk - and do so much more.

"To see him now is incredible. He's a full swimmer. You can throw him in any pool,” said Jessie He scooters, skateboards, runs, jumps, plays. There's nothing he can't do. His will to do is incredible.”

Reon is now living a life, Jessie and Brett said he may not have had the chance to experience had they not adopted him.

Brett said it was his wife who immersed herself in medical research and advocated for their son to have spinal cord surgery. Something they said he likely would not have had, had he remained in foster care.

“He would most likely be disabled because of that tethered spine,” Brett said. “You hit a certain age of growth and it's irreversible the damage it causes.”

Four months after Reon's successful surgery, the family had another reason to celebrate.

“Our daughter came to us as a complete surprise,” Jessie said. “Their biological parents had a baby girl. They are full bio siblings. We didn’t find out about her until she was 5 days old and we took her home when she was 37 days.”

Their daughter Lyla was also born drug-addicted, but like her big brother, has beaten all odds.

“These kids have a power within them to overcome so many obstacles and challenges,” Jessie said.

Their parents said San Diego County Adoptions helped support them with resources every step of the way.

Jessie has a personal connection to adoption and encourages everyone to consider changing the life of a child.

“I come from an adoptive household,” she said. “I'm adopted, my brother is adopted. It's incredible, there's nothing like it. It’s amazing what love can do for a child.”